Home News Is This Really The Tata Blackbird SUV?

With nowhere else to go these days, we cover a lot of miles on the internet to see the world. And every day, we come across information which is absolutely rubbish, yet, peddled as genuine. The scam works in a way where these artists pick brands or vehicles people in India are emotional about. Then, they pick some other vehicle sold elsewhere and use a crayon to inscribe the former’s identity on the latter. The latest such example is the Tata Blackbird, which nobody even knows if it exists, yet.

For the brilliant investigative journalism we are known for, we did a little bit of digging. Because this time, the guy’s been smart. Unlike his previous work, where he peddled a Ford as it is, as the next-gen Tata Sumo, he’s moved his mouse and clicked a little more this time. He’s changed the bumper, tweaked the grille, borrowed fog lights from the Nexon and pasted the Tata logo to make it all look genuine. Maybe he was running out of crayon, which explains the faint lettering on the licence plate. 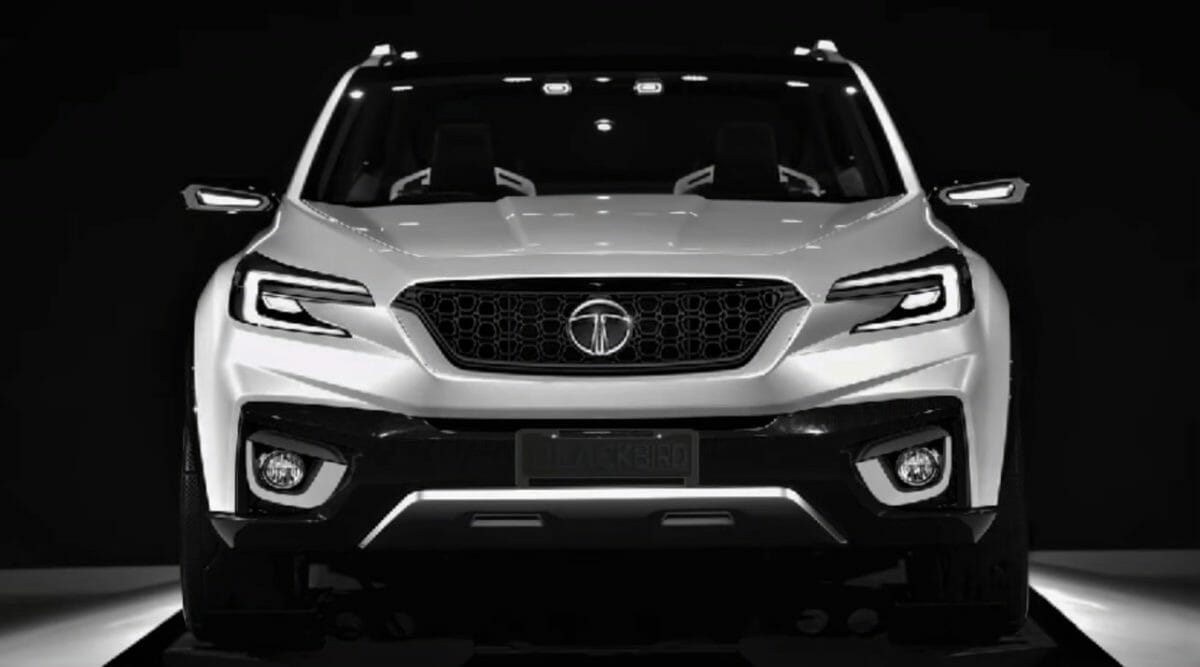 What has been tortured to call itself the Tata Blackbird in the pictures here is the innocent Subaru Viziv Concept which was first displayed at the Tokyo Motor Show, way back in 2015! Below is a picture of the concept which is a part of the Viziv series of hybrid concept sports SUVs designed and built by Subaru.

Grace marks for travelling back in time to hide the crime though. The man’s even inserted Tata Motors’ official footage to cement his claim. Below is the actual video you may watch if you’re interested and don’t forget to enjoy the comments which follow:

Also Read: This Digitally-Imagined Tata Sumo Is An Evoque And A Ford Fused Together

Coming back to the Tata Blackbird, there are rumours flying around that an all-new Tata Motors SUV is under development and will sit below the Harrier in the carmaker’s portfolio. It is being said that it could use a tweaked version of the Omega platform which underpins Tata’s current flagship. What we know for sure is that the Tata HBX micro SUV should be out either this year or the next to join the Gravitas, which should be introduced later this year if the current situation becomes better. The Gravitas will be joined by the Hexa this year, which will be introduced with a BS6-compliant engine.