We have often witnessed manufacturers backing custom builders to build a rad custom motorcycle. Royal Enfield Indonesia was looking for one such custom builder to work his magic on a RE Himalayan. Enter Julian Palapa, an architect by profession who went leaps and bounds to build this ’70s inspired tracker ready to tackle the urban environment. It’s called .02View. and it became the architect’s entry in the custom motorcycle build competition by PT Distributor Motor Indonesia (DMI). He was a bit hesitant at first because the competition would see participation from the country’s best custom builders. He then decided to go all-in rather than backing off, and we are glad that he did.

He adopted the same process he incorporates in his architecture firm which revolves around three key elements: structure, function and aesthetics. When his crew dismantled the Himalayan to build it from the ground up, they found the dimensions a bit too large. They decided to go the compact way and reduce both the height and the wheelbase. This was accomplished by replacing the stock forks with meatier Showa USD SFF units that required a custom set of triple trees he fabricated to fit the RE’s neck. 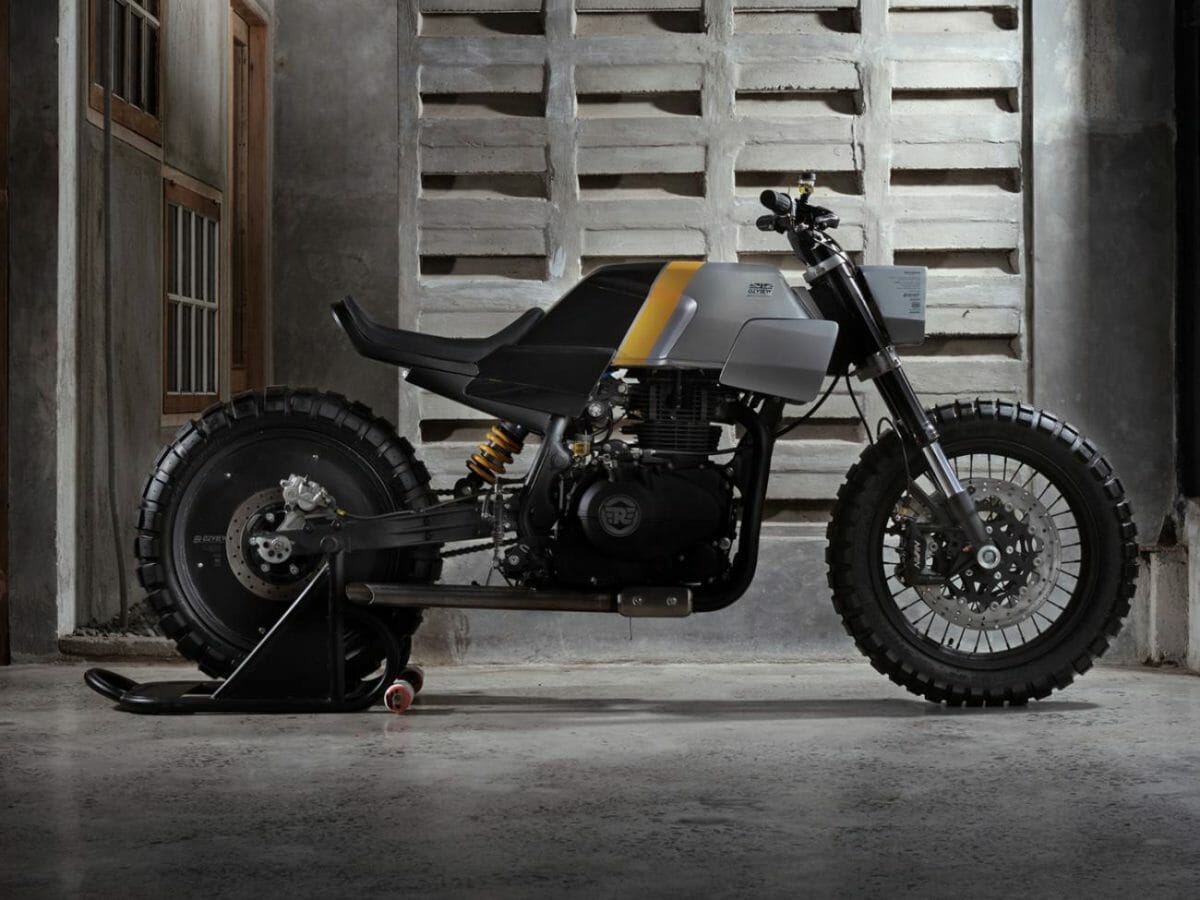 They thought that the stock braking setup just wouldn’t cut it so they opted for a massive Nissin package backed with two discs up front and four-piston calipers each side. Modifications to the rear end include an Ohlins rear shock supporting a bulkier swingarm and the braking switched to Brembo. To enhance the beefy appeal of this customized Himalayan, they bid adieu to the dual purpose CEAT tires that the stock Himalayan comes shod with and went with aggressive Shinko E805 rubber. The rear wheel cover looks the part too and is made from galvalume. 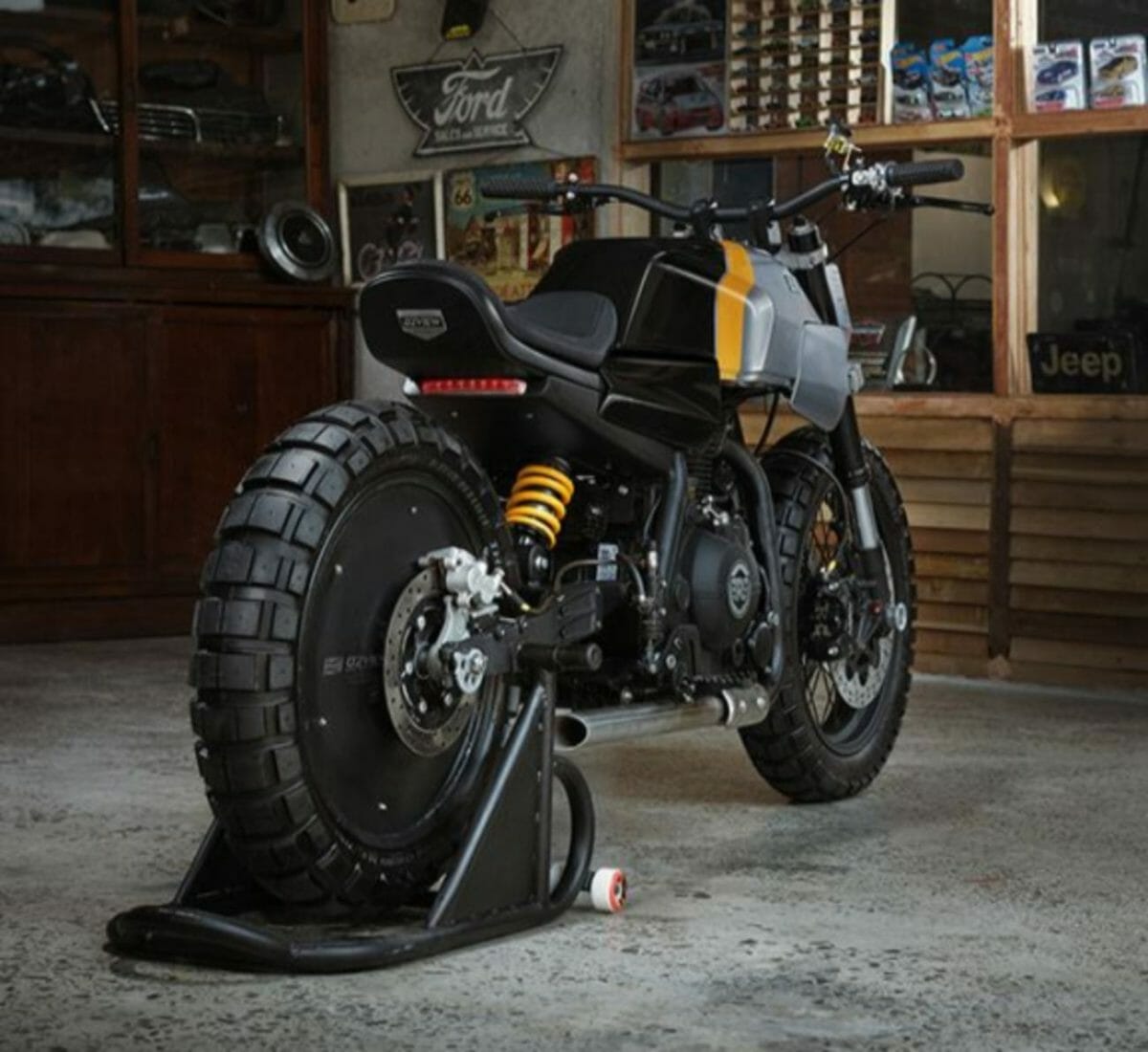 The front houses a Daymaker 5in headlight hidden in a boxy, handbuilt shroud. The fuel tank is custom built too and features heavily sculpted sides and squared off winged covers. Another prominent cosmetic change is a solo seat neatly hanging above the rear tyre. After all the said mods, this custom RE Himalayan rides 40mm lower and 80mm shorter. 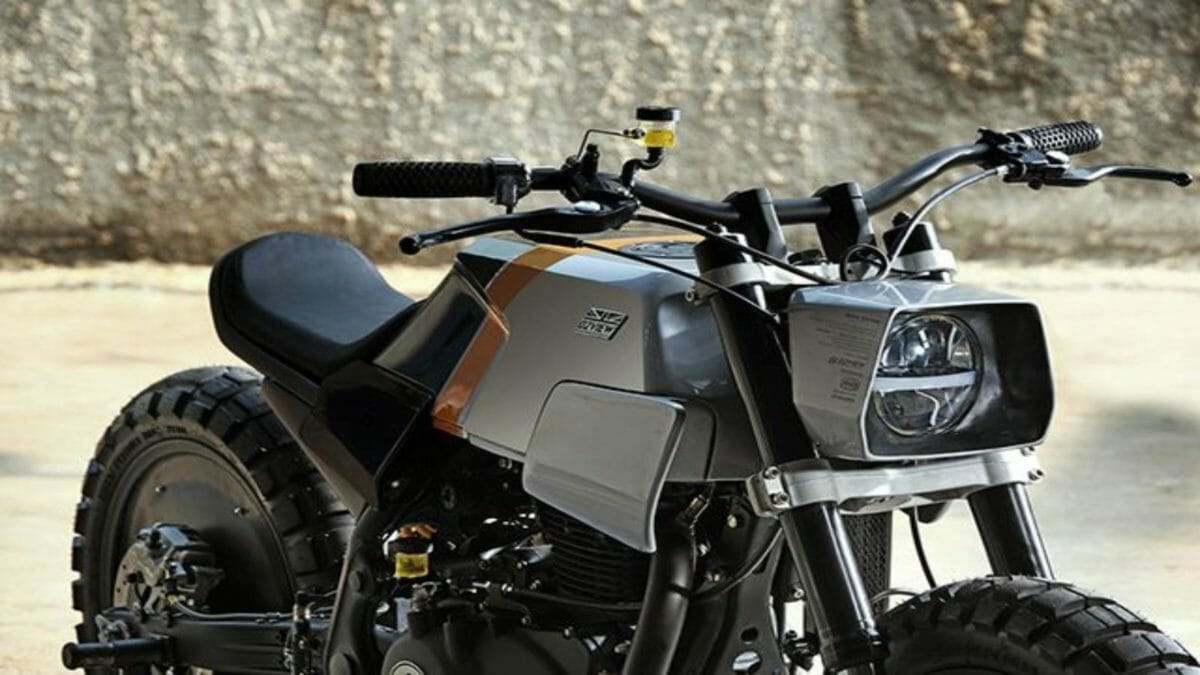 He went with a public poll to decide the colour scheme of this rad custom build and the winning look was this beautifully applied gold, black, and silver. After getting done with the whole process, he said ‘“The presence of .02View is not to compete. Not to show who is superior. I only present a new, personal perspective from an architect, in modifying motorcycles.”