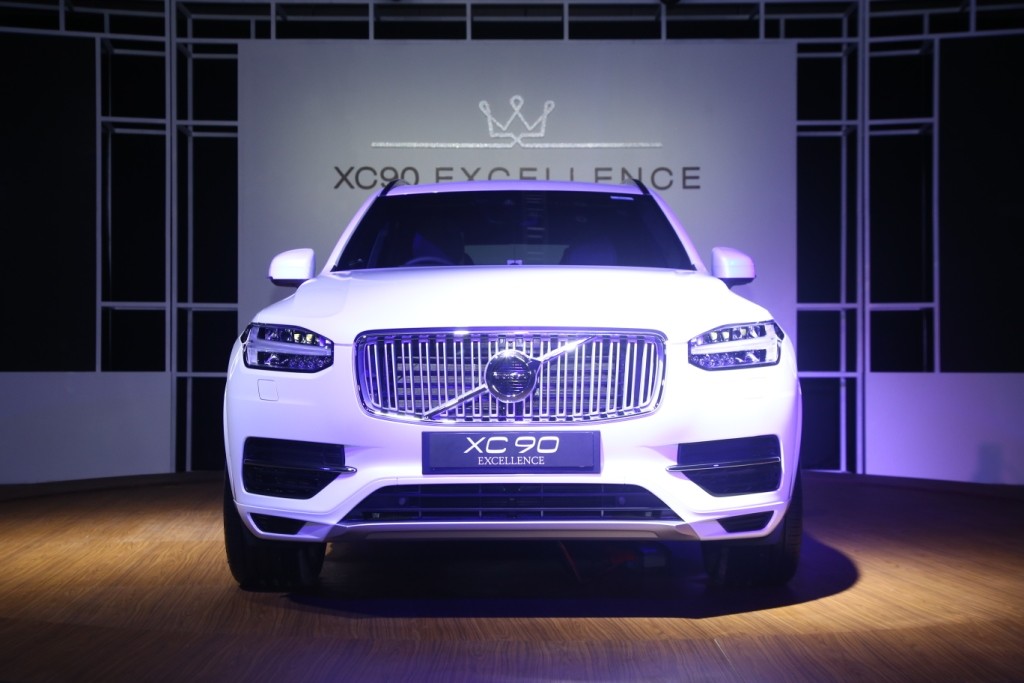 Volvo Auto India has launched the first plug-In hybrid SUV in the country, the XC90 T8 Excellence. This latest model, believed to be the most luxurious ever in the 89 years of Volvo’s history, is priced at INR 1.25 Crores (Ex-Showroom, Delhi).

“The XC90 T8 Excellence sets industry benchmarks for environment friendly efficiency and emissions while enveloping customers in first-class Swedish luxury. It is not only a segment-first but India’s first plug-in hybrid SUV and we see a lot of interest from our more affluent customers, who prefer to experience ‘responsible’ luxury,” said Tom von Bonsdorff, Managing Director, Volvo Auto India. 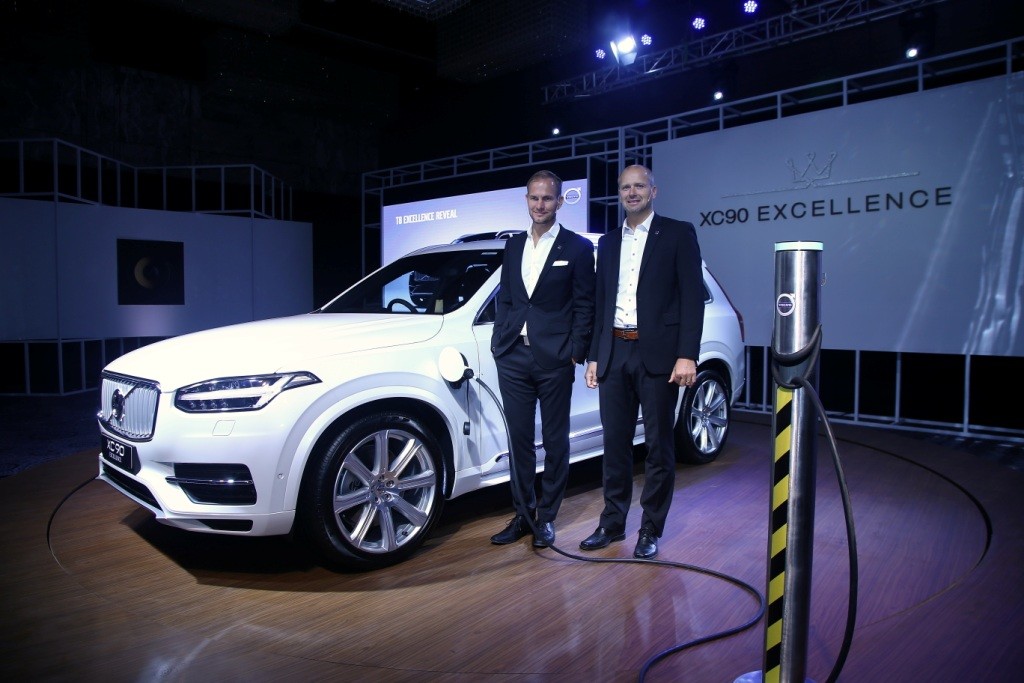 The XC90 T8 Excellence is built on Volvo’s Scalable Product Architecture (SPA). The 2.0 litre 4-cylinder petrol engine is both supercharged and turbocharged and delivers 320hp while the electric motor is good for 87hp. The collective output is 407hp and 640 Nm of torque, allowing the luxury SUV to sprint from 0-100 kmph in 5.6 seconds. The XC90 T8 Excellence’s plug-in hybrid powertrain offers three driving modes – Pure, Hybrid and Power. The drive modes can be selected by a touch on the centre console.

Pure: In this mode, when the high-voltage battery is fully charged, it serves as the car’s sole energy source, powering the electric motor over the rear axle. The XC90 T8 has an all-electric range of up to 40km. In the electric range the emission is zero. It also has regenerative braking system, and if more power is needed, the petrol combustion engine starts up automatically.

Hybrid: This is the default mode. Here, the vehicle will automatically alternate between drawing power from the Drive-E engine and the electric motor to deliver the best overall fuel consumption. 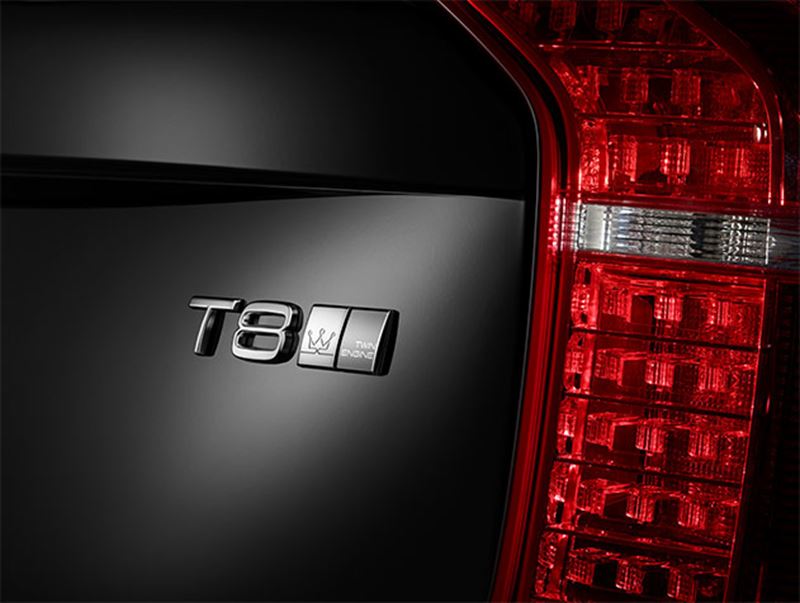 Power: Here, drivers get the combined performance of the combustion engine and the electric motor. The SUV takes advantage of the electric motor’s superior response and instant torque curve, while the combustion engine gets up to speed. This combination offers better torque at lower revs, said to be equivalent to that of a large displacement engine like the V8. In power mode the priority is on performance.

The most luxurious Volvo ever: 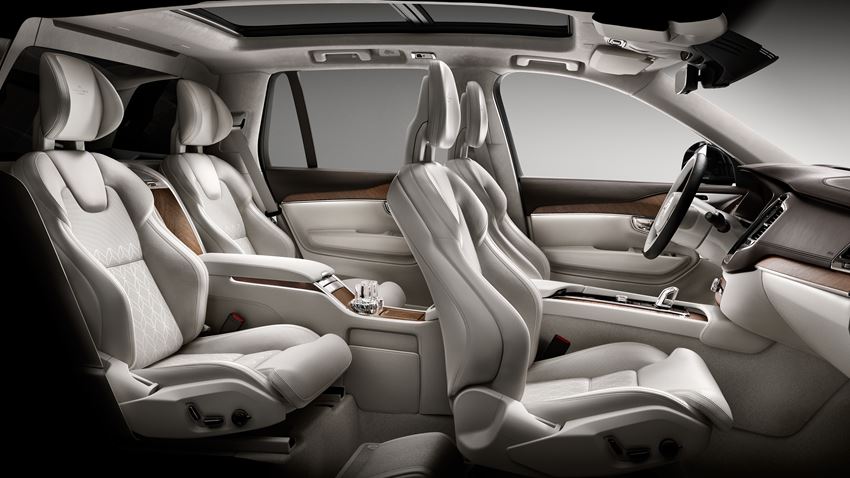 Visible styling cues that differentiate the Excellence trim from the other trims are B and C pillars treated with chrome. Moreover, the Excellence comes with bright décor door cappings, dual integrated tail pipes with a panoramic sun roof with power operation, together with the T-shaped “Thor’s Hammer” DRL lights.

Inside, the XC90 T8 Excellence features a four-seat layout, with all the seats trimmed in perforated Nappa leather. The rear individual seats come with massage and ventilation functions, while the glass behind the rear seat blocks the noise from outside. The XC90 Excellence also offers surround sound with a Bowers & Wilkins audio system that adds an extra speaker to its 19 speaker system. 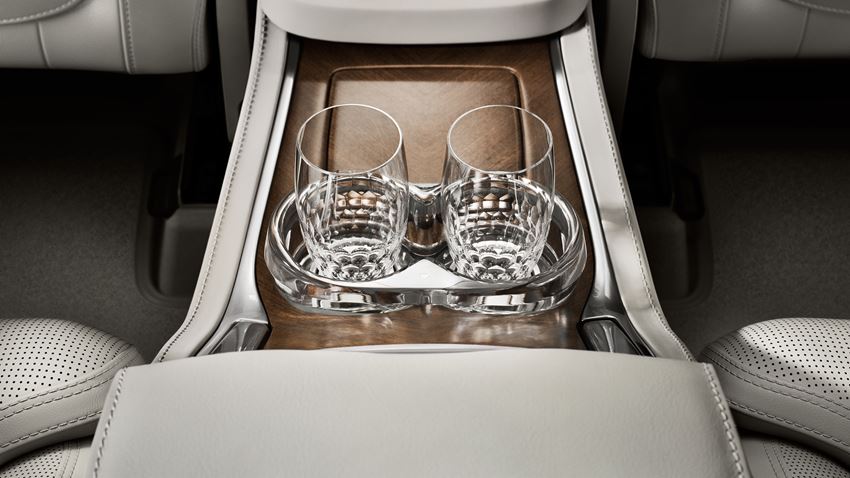 The rest of the interiors of the XC90 T8 Excellence are embellished with extended leather-covered surfacing and open pore woods, while the hand-crafted crystal glasses and gear-knob comes from the house of Swedish glass maker Orrefors. The battery is placed centrally in the tunnel of the car so that no boot space is lost. 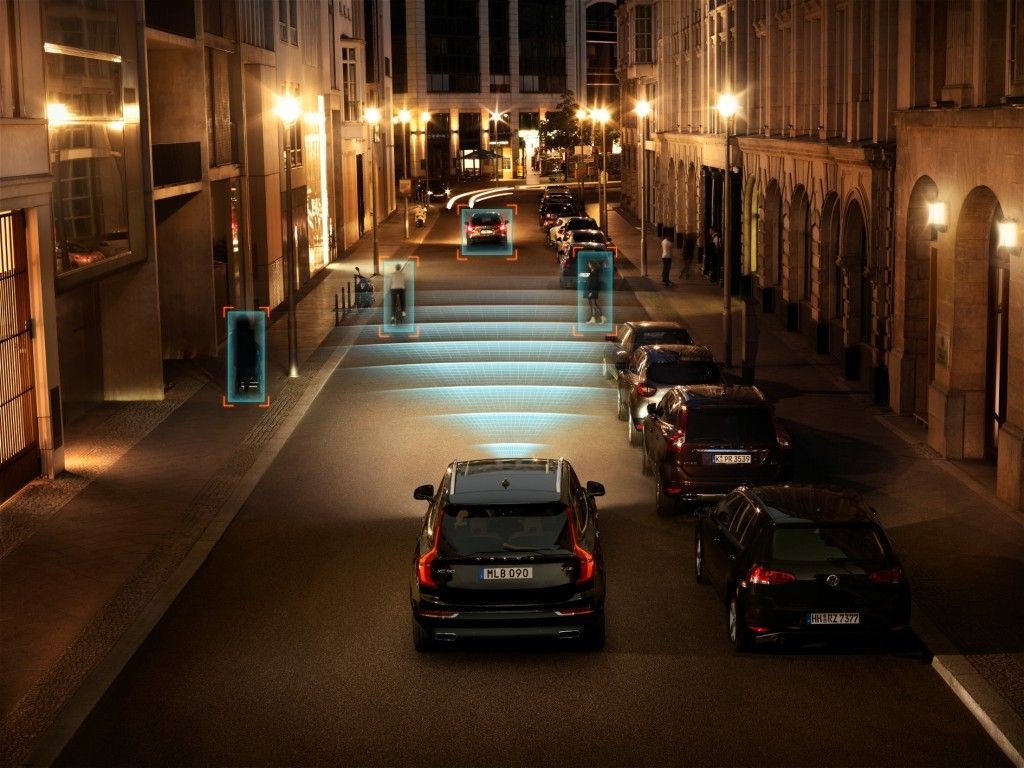 The recent delicensing of certain frequencies of radar enabled Volvo to introduce their Radar based safety features in India. The Excellence is equipped with 360 degrees radar and inputs from camera activates an array of pre-emptive safety functions.

–          Collision Warning with full auto-braking for Pedestrians, Cyclists, other vehicles and large animals

Apart from the radar-based safety the car is equipped with a strong safety cage, seat-belt pre-tensioners, World-first Run Off-road Protection system, Side Impact protection and Whiplash protection. In all the XC90 is the safest SUV in its segment with a 5-Star Euro NCAP rating. 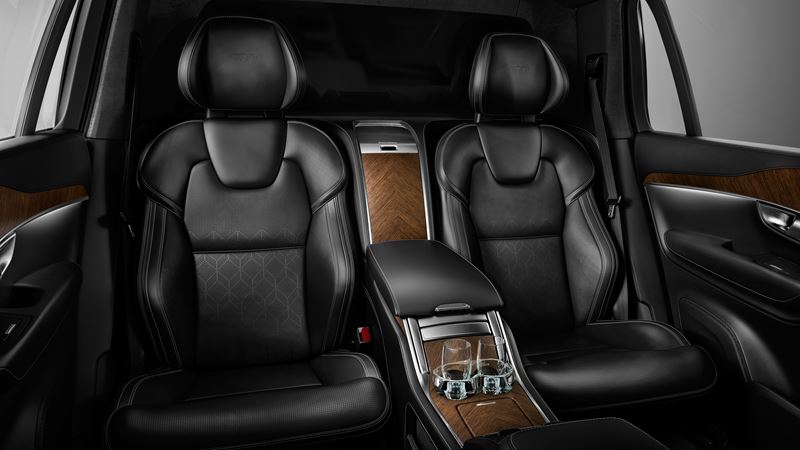 The XC90 Excellence also comes with an integrated ionic air cleaner in the CleanZone climate system. The ionic air cleaner works by positively charging electrons in airborne particles (dust or smoke for example) so they are removed from suspension in the cabin environment restricting particulate matter PM2.5 and PM10 by upto 95%. 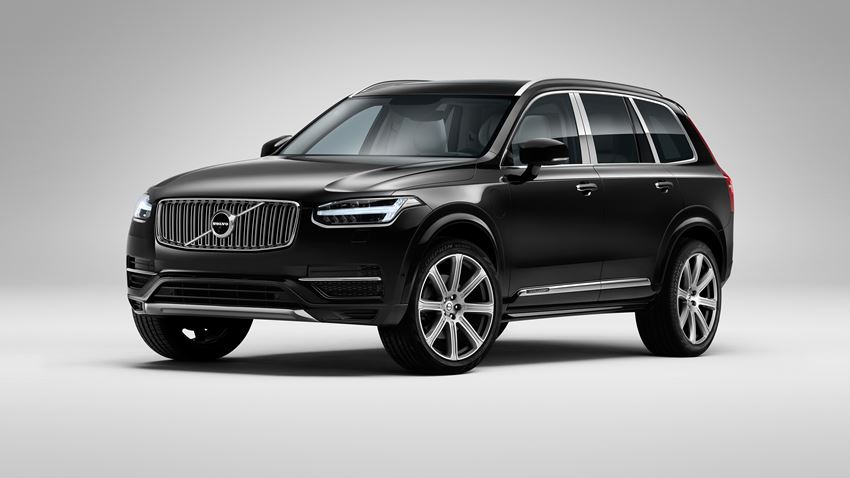 Ø  Air Suspension for all 4 wheels

Ø  Perforated heating/cooling and massage functions in all seats