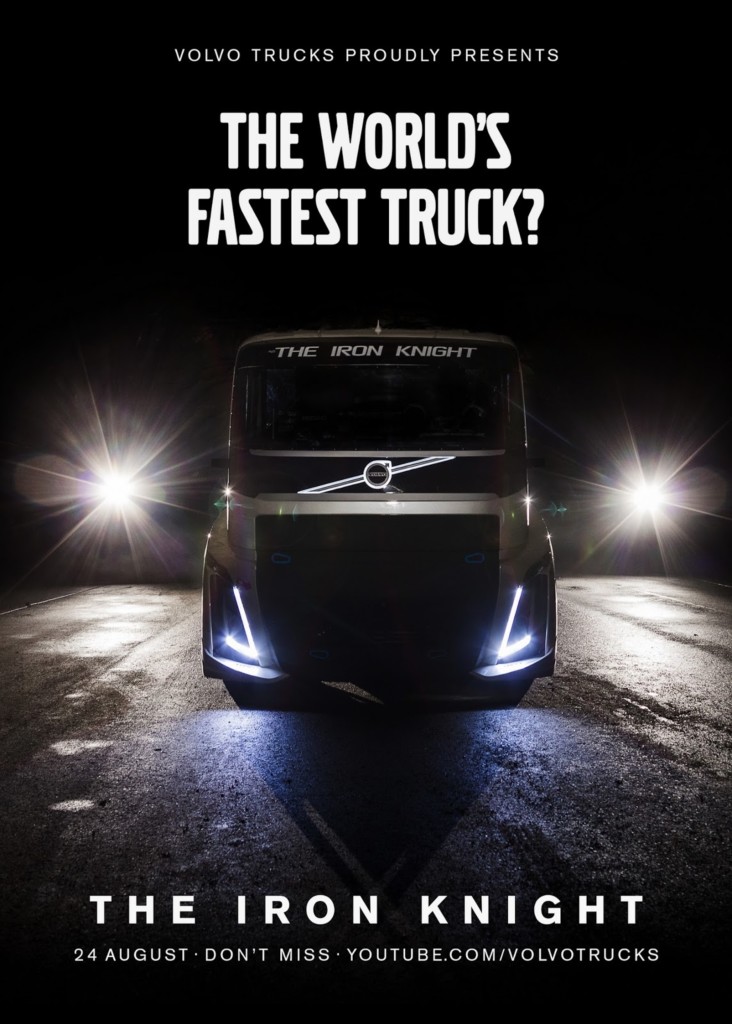 With 2400 hp on tap, Volvo’s custom-built, Iron Knight Truck will attempt to set new international speed records. On August 24 the record runs will be shown on the Volvo Trucks YouTube channel. But first, let’s get acquainted with the behemoth, which has only been teased so far. The engine in the record-breaker is a mid-mounted and significantly modified Volvo D13 unit with water-cooled intercooler and four turbochargers, producing a staggering 2400 hp and an earth shattering 6000 Nm of torque. 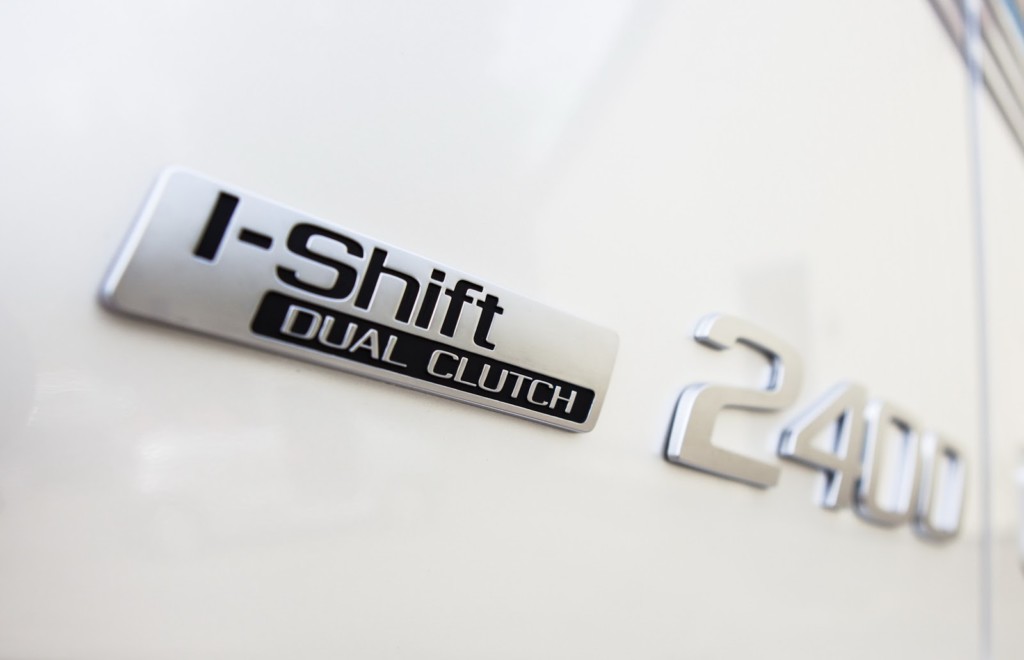 The electric and electronic systems have been scaled down and the software has been re-programmed, while the engine has been mated to an I-Shift Dual Clutch transmission of the same model that is fitted to series-manufactured Volvo FH models. The only adjustment to the gearbox is its reinforced clutch, which is necessary to handle the ridiculously high torque. “In order to beat a world speed record, you have to have exceptional performance. The I-Shift Dual Clutch is the best possible transmission for the job since it maintains torque on the drive wheel during gear changes, just like a racing car does. Thanks to this The Iron Knight can accelerate without losing vital time during gear changes,” explains Niklas Öberg, Test Engineer at Volvo Trucks. 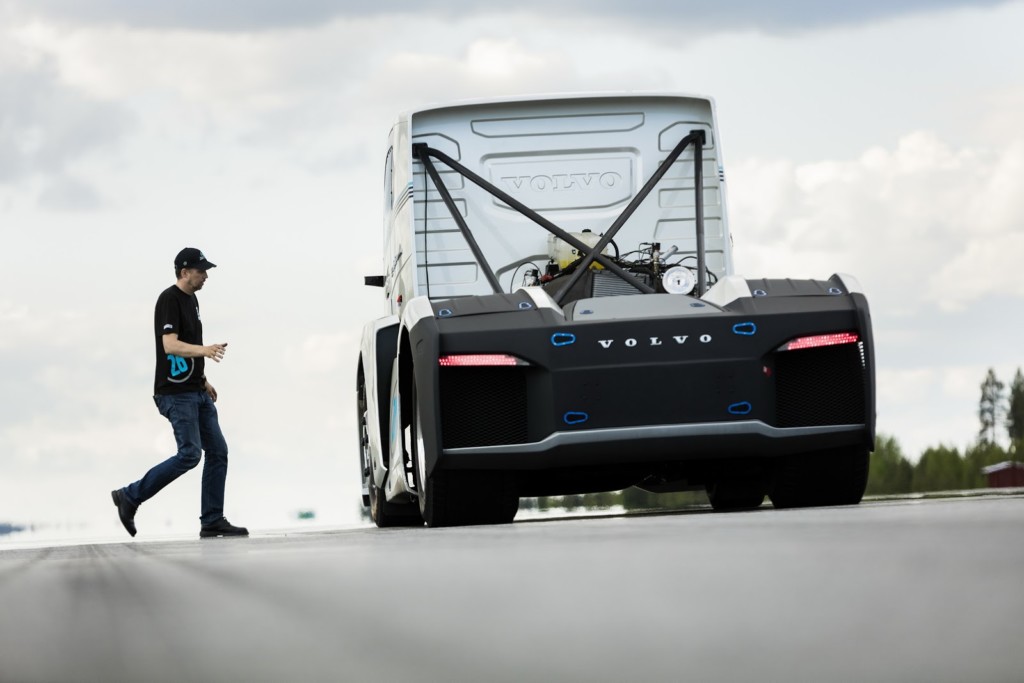 “The Iron Knight is the perfect way to showcase the competence and innovative power of Volvo Trucks. At the same time, our aim was to generate new insights into technical and design solutions. The intention is to transfer some of these to our series-produced trucks,” says Claes Nilsson, President and CEO of Volvo Trucks. As for appearances, the Iron Knight looks fast even while standing still; something that is not usually said about a truck. The cab is made of fibreglass and designed to cut air resistance to an absolute minimum, while the side-skirts with their large air ducts supply the engine with cooling-air. 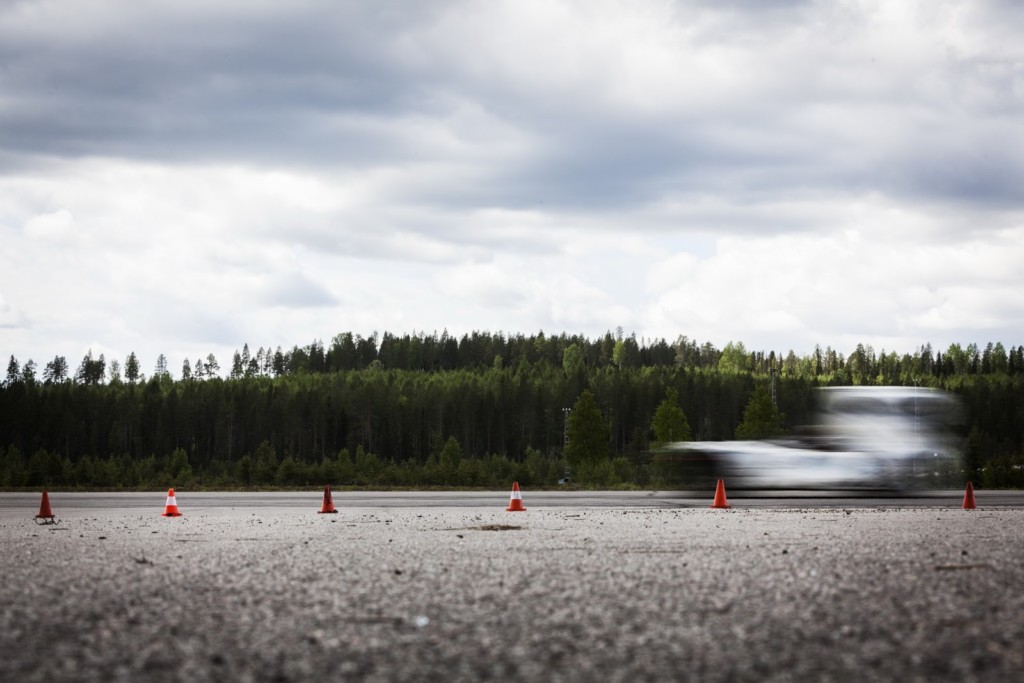 With racing driver Boije Ovebrink behind the wheel, The Iron Knight will take a tilt at the world record in two categories: 500 and 1000 metres from standstill. On August 24 it will be possible to watch the record-breaking run on Volvo Trucks’ social media channels.