After finishing a lap in just 6:52 minutes, the King of the Ring, the Lamborghini Huracan Performante was unveiled at the 2017 Geneva Motor Show. The global debut was followed later by the India launch of the Nurburgring record holder in India, with prices starting at 3.97 crore (ex-showroom, pan India). 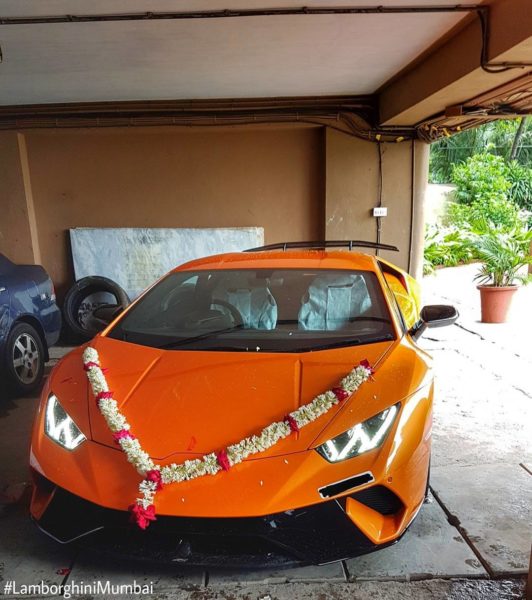 Recently, the very first customer unit of the Lamborghini Huracan Performante arrived in India, following which the model was delivered to its owner in Mumbai. Finished in a shade of Arancio Borealis, this very unit, although unconfirmed, is said to join the garage of many other supercars that include the likes of a Lamborghini Gallardo SE, the country’s only 458 Speciale Aperta and a certain S-class modified into a bat-mobile replica.

Coming back to the Huracan Performante, the model is propelled by a 5.2-litre NA V10 engine that now produces 640 PS and 600 Nm of torque. Mated to a tweaked version of Lamborghini’s seven speed dual clutch transmission, this engine sends all the power to the rear wheels. The latest raging bull can sprint from 0-100 kmph in a mere 2.9 seconds, all the way up to a top speed in excess of 325 kmph. 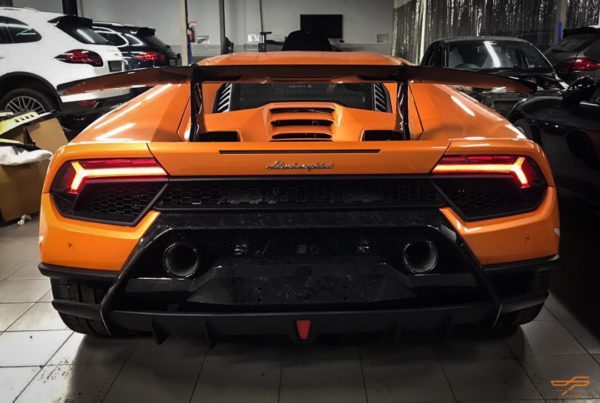 While some of you wait to snap this Huracan Performante on the streets of Mumbai, a little birdie informs us that two more units of the model are headed to India in the next few months, with one unit in the same shade headed down south, while another unit painted in a shade of Verde Mantis would head to Mumbai, sharing the garage with an AMG GT and a G63 AMG crazy colour.