German car manufacturers have a stronghold over the executive luxury sedan segment. Considering luxury alone, Mercedes-Benz’s E-Class sedan is a crowd favourite which is also offered in LWB form. To rival the supremacy of this popular sedan, Hyundai Motor Group has unveiled the 2021 Genesis G80. 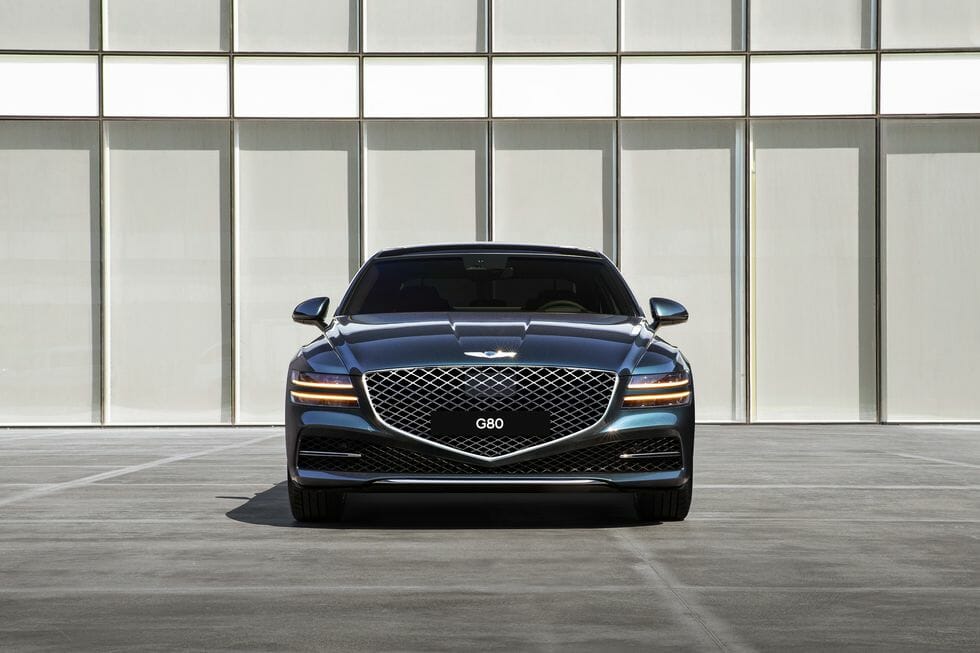 The Genesis G80 has entered the third generation of the moniker with its latest iteration. When it comes to the overall design philosophy, it follows the same footprints of its SUV cousin, the GV80. At the front, the G80 houses split light clusters which also house the LED daytime running lamps. The fascia looks remarkably premium with the abundant use of chrome while being highlighted by the mesh-pattern ‘crest’ grille. The rear too pronounces class as it features LED tail lamps inspired from its SUV cousin. The rear also houses an integrated spoiler element that stretches across the rear which lends it that A7-like aggressive and sharp look. 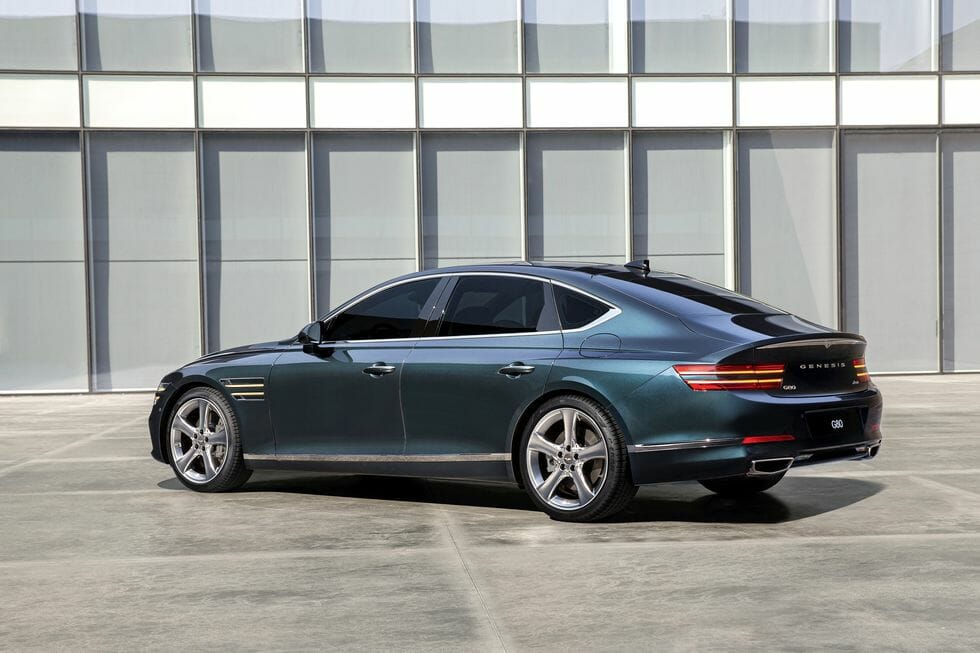 When we come to the side profile of the E-Class rival, it looks more of a coupe rather than a sedan, all thanks to the roofline flowing all the way to the tip of the boot-lid. It also features 20-inch wheels. It is developed on a rear-wheel-drive platform and is 125 kgs lighter than its predecessor. The all-new model measures 4,995 mm in length, 1,925 mm in width and 1,465 mm in height. It has a 3,010 mm wheelbase.

The cabin looks familiar too as it borrows design cues from its SUV cousin here as well. It gets a 12.3-inch digital instrument cluster placed behind the new dual-spoke steering, and a larger 14.5-inch infotainment display sitting atop the dashboard. One more prominent feature inside the cabin is the rotary gear selector in the centre console.

Hyundai has gone all in terms of features on offer. The list includes active cruise control that is said to be able to learn and adapt to the driver’s driving style, active blind-spot monitoring, autonomous braking and remote parking. Hyundai has already launched the Genesis G80 in South Korea and the prices there start at KRW 52.47 million, which converts to INR 32.27 lakh.