Hyundai has already launched two new products in the Indian market this year, the Venue compact SUV and the Kona, India’s first all-electric SUV. Apart from that, the Korean manufacturer would also be bringing in the facelift of the Grand i10 hatchback in the market in the next month. However, that would not be the end of new launches and facelifts for Hyundai. The company will also be bringing the facelift of the Elantra sedan to our market. Ahead of its launch our market, Hyundai is testing out the car on Indian roads. Twitter user Anuj G managed to capture one such test mule on the streets of Hyderabad and posted a spy video on the micro-blogging website, do have a look.

While covered completely in camouflage, a few interesting details of the facelift model can be seen on this test mule. At the rear, the tail light can be seen sporting LED elements, which look a bit different than those seen in the existing model. Moreover, the rear licence plate holder has been moved down to the bumper. A shark fin antenna is placed at the rear side of the car, right before the windscreen starts, which would perhaps give enough clearance for the opening of the electric sunroof. The side profile of the car reveals, what appears to be, 16-inch alloy wheels, with a nice precision-cut design. The front is heavily camouflaged, however, one can expect to see a wider version of Hyundai’s signature grille and sleeker headlight assemblies. 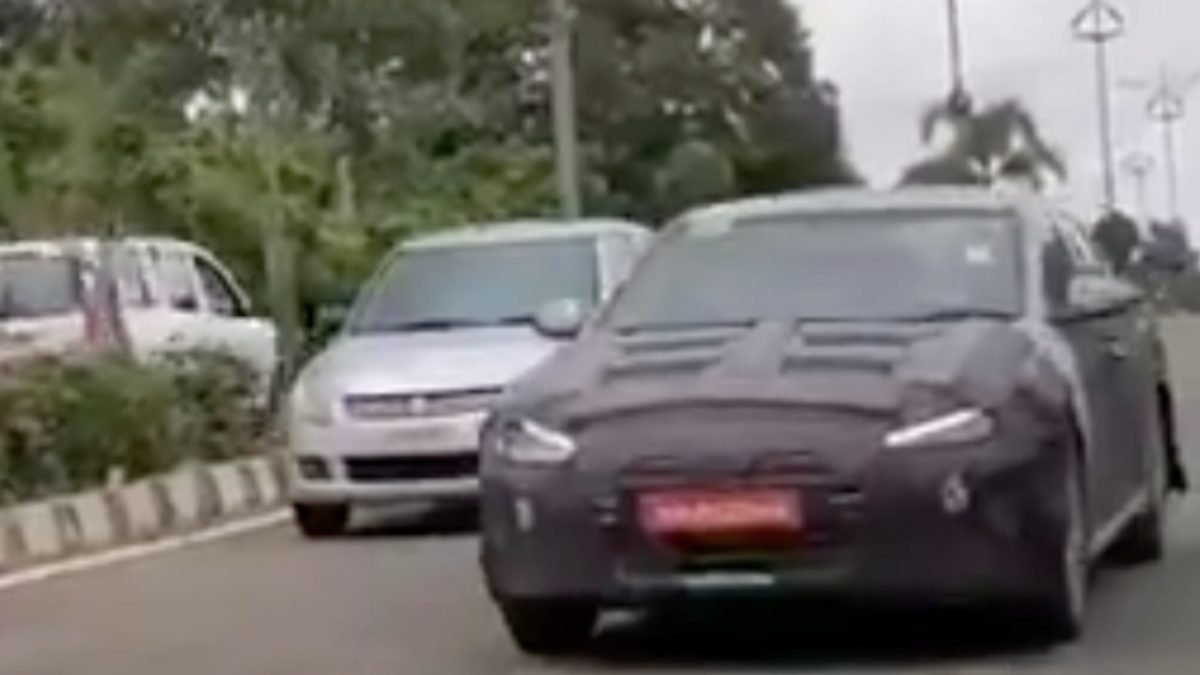 While this spy video does not capture the interior of the car, expect it to feature a new infotainment screen with Android Auto & Apple CarPlay, new steering wheel and some other minor improvements. Under the hood, Hyundai would provide the same engines, but tuned to be BS-VI compliant. The Elantra is currently offered with a choice of one petrol motor and one diesel engine, with manual transmissions as standard but an automatic gearbox is also on offer. The 2-litre petrol motor is good for 152 PS while the oil burner generates 128 PS in the BS-IV complaint form. Keep looking at this space for more news about this Korean sedan.