KTM top boss Stephen Pierer, whose statement about litre-class motorcycles getting increasingly dangerous for public roads drew some flak from our readers, has disclosed his future plans for the Husqvarna brand. The hitherto off-road oriented brand will take a turn to get onto the street so as to widen its appeal and coverage. The brand has been participating in Moto3 races for the past couple of years to substantiate its image as a capable street machine. As a next step in this evolution, Husqvarna will continue to evolve and will be offered with models in both off-road and on-road guise.

As a beginning of this transformation, KTM will introduce the Husqvarna 401 VITPILEN and 401 SVARTPILEN (meaning black arrow and white arrow in Swedish) motorcycles in the European market by the end of 2016. Meant to share their chassis and engines with the KTM Duke 390 and RC 390 models, the Husqy duo will be part-made in India. For now, Bajaj will supply Husqvarna with the KTM rolling chassis and engines from its plant in Chakan. These parts will be imported into Austria and finished at the company’s Mattighofen plant for sale in Europe. The engines may be tuned differently to suit the character and image of Husqvarna. 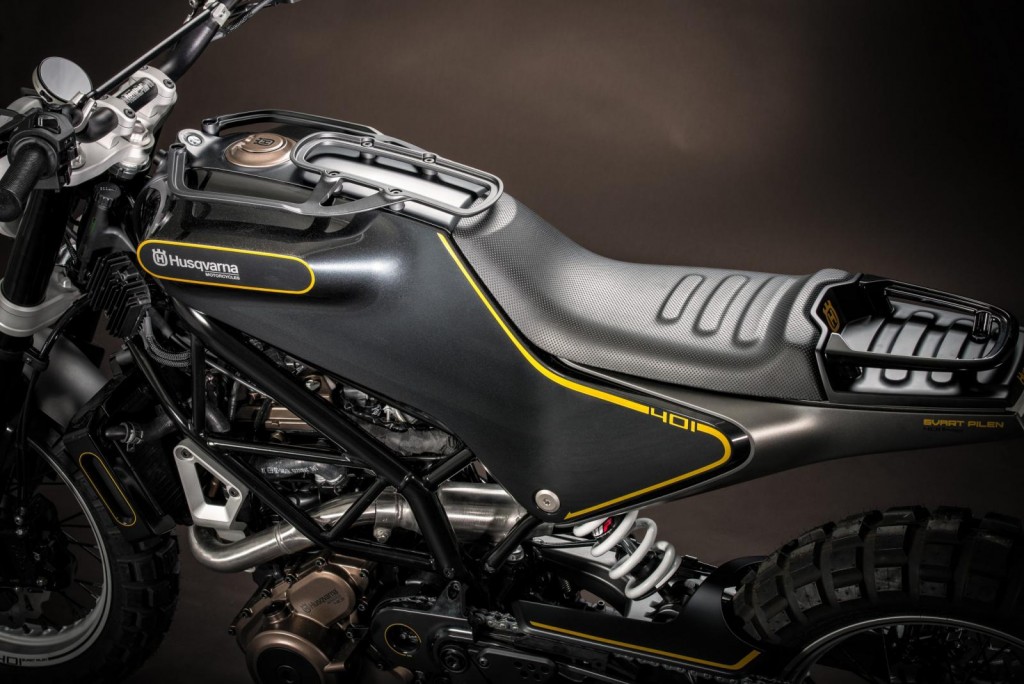 But what is the character and image of a Husqvarna street bike really? The brand isn’t seen as a maker of tarmac going machines. The answer to that question is very clear in Mr Pierer’s head. The Husqvarna street range would be defined by the term ‘New Classic’. It wouldn’t be retro, but will revolve around the theme of being a modern classic. These new Husqvarna motorcycles will feature hi quality parts, modern architecture and state-of-the-art technology, but with a classic theme. These motorcycles wouldn’t be “old-fashioned, recycled or junk like some other retro brands”, according to Mr Pierer. A cool, classy image with great technology and easy rideability is what these motorcycles will offer their customers.

While the company is making a beginning for street spec models with the 401 series featuring components from the KTM 390 series, Mr Pierer is clear that the brand will have models featuring engine capacity as low as 125cc. The 125cc to the 401 series products will be part built in India. While the 650cc to 1300cc street Husqvarnas will be built completely in Europe.

Another exciting part of this entire development is the possibility of the brand’s launch in India. While KTM boss is of the view that street going Husqvarnas have great potential in India, Mr Rajiv Bajaj doesn’t want to branch out into another new segment. With Honda getting increasingly aggressive in the Indian market, Mr Bajaj doesn’t want to bite more than what he can chew. 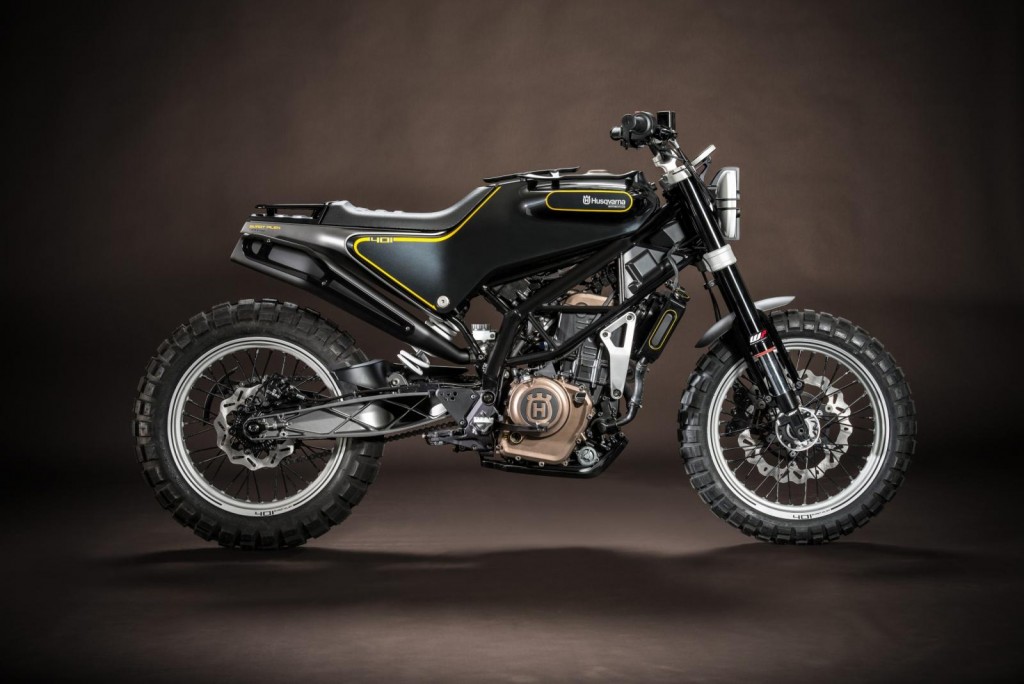 Mr Pierer, however, thinks that Husqvarna can be a unique offering for the subcontinent, citing Royal Enfield’s success. According to him, the Indian company is shipping out-dated technology with an aspiration imagery created around the brand. Husqvarna will offer up to date products with similar, classic image for the customers in that segment. The customers will benefit as they will get more capable products at an affordable price.

Mr Bajaj may not have agreed to the plan, but Mr Pierer is optimistic and says that he would continue to persuade the man at the helm at Bajaj. 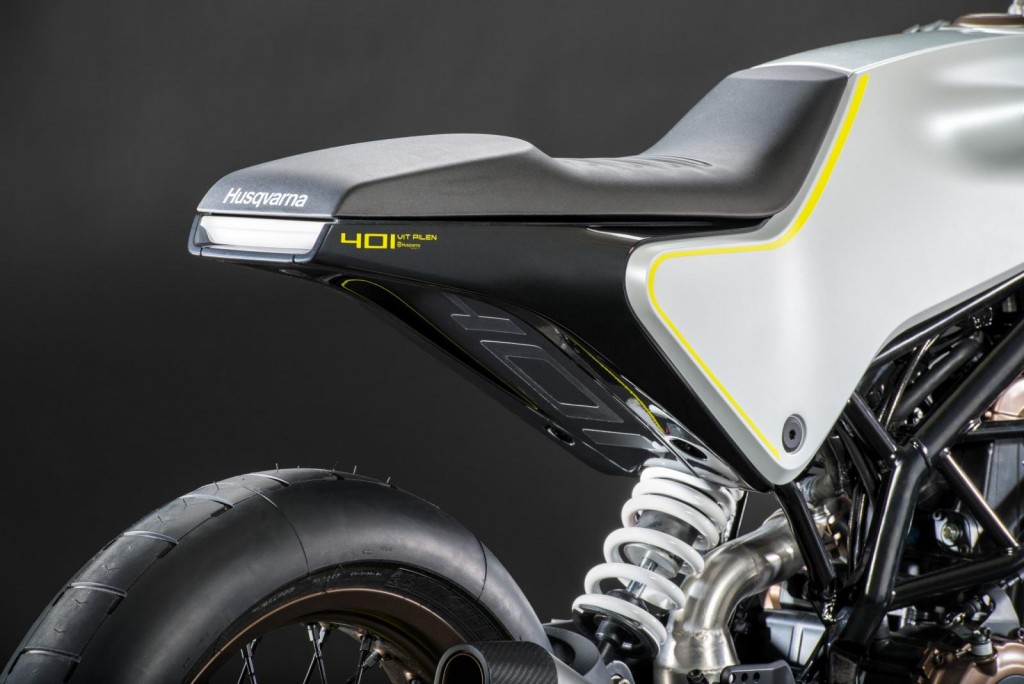 While the purists may want to disagree, we believe that the idea of projecting Husqvarna as a modern classic brand of streetbikes is an apt one. There most definitely is space for that sort of a product and KTM should capitalize on the opportunity. Mr Pierer in the meantime is confident of his strategy. Buoyed by the brand’s recent performance, he believes that Husqvarna has the potential to become the third largest motorcycle brand in Europe overtaking Ducati and Triumph and behind only KTM and BMW.

Do you think making Husqvarna a street bike brand is a step in the right direction? Do you see yourself riding a Husqy in India? If yes, what price would you want to pay for the 401 series models in pictures above? Do share your opinion with us via the comments section below.