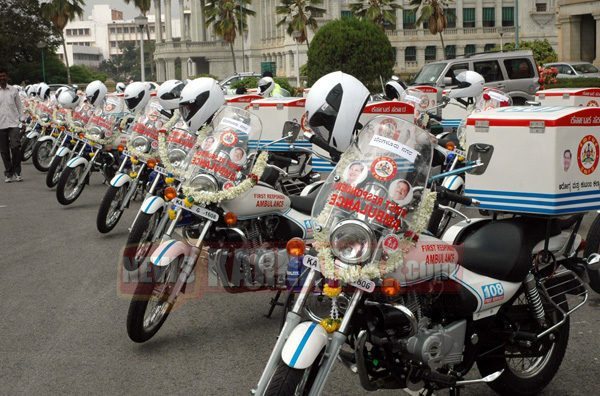 In a praiseworthy move, Karnataka state CM launched two-wheeler quick response ambulances unit in Bengaluru. A total of 30 Bajaj Avenger bikes have been called in for this important job and have been equipped with many medical aid items including a stethoscope, pulse oxymeter, IV normal saline, first-aid kit, oxygen bottle and some 53 basic drugs. This is a great idea because as we all know, spotting an ambulance stuck in traffic is perhaps one of the worst things one can witness. Knowing fully well that there’s literally lives at stake. However, two-wheelers often have no problem going through traffic, thanks to their narrower profile. This is one crucial feature that this ambulance service has taken advantage of, and it’s for the better. 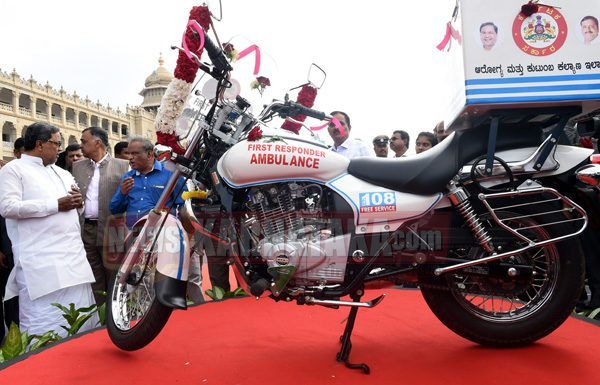 Each bike will carry several life-saving medical aids and a qualified paramedic.

Each bike will cost around INR 2 lakh and will be ridden by a professional paramedic. The 30 bikes are spread throughout different parts of Bengaluru and are allocated strategic spots. Out of the 30, 21 of these specialised bikes will be manning Bengaluru, whilst places like Mysuru, Mangaluru, Kalaburgi, Belagavi, Hubballi-Dharwad, Davangere, Tumakuru, Vijayapura and Shivamogga will each receive one bike. U. T. Khader, the minister for Health and Family Welfare in Karnataka said, “The paramedic will reach the spot in ten minutes and give first aid and start resuscitation measures to save the victim till the four-wheeler ambulance arrives.” 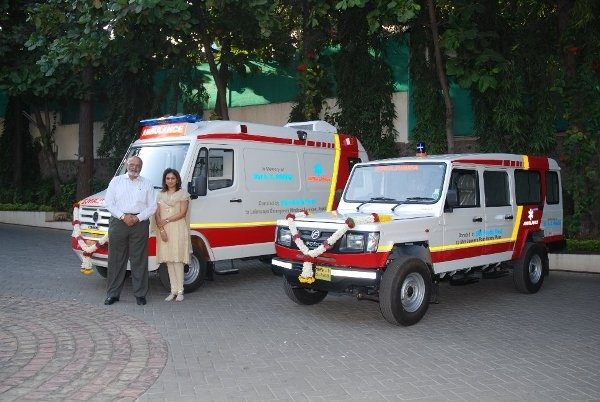 Four-wheeler ambulances get stuck in traffic and that delays their response time.

We would love to see such an initiative all across the country. Such a quick response medical service will help thousands and will drastically improve the chance of survival of those in need of medical aid. Kudos to the Government of Karnataka on this simple, yet unrealised initiative. Now it’s time other state governments act on this and bring more of such medical units.