Just when the electric wave in the mobility space was swelling by the day, it crashed into the current crisis that the world finds itself in. Going forward, automobile companies are expected to cut their expenses in the research and development area and that could slow down the advancements that have been made until now in the electric mobility space. However, some projects have reached a mature stage and one of them appears to be Honda Two-wheelers’ brand new electric scooter, for which, they’ve filed a patent in India.

Although they’ve filed a patent here, it appears to be a global model, for which the filing will secure its future in the Indian scheme of things. What is a maxi-styled electric model with conventional forks up front and twin shocks at the rear, the proportions should allow a substantially larger battery system to reside under the bodywork, which will also offset the weight of this machine. However, by the looks of it, the usage of lightweight materials will probably mask the visual heft on paper. 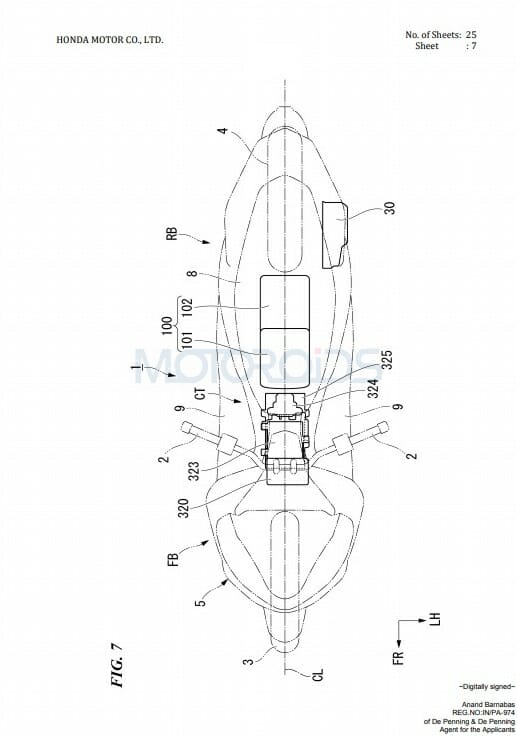 Interestingly, the footboard of this scooter isn’t flat and features a tunnel (references 311 and 313 in the image below), under which, the power control unit is located. What’s also interesting is that the drawings show compartments for two batteries (references 101 and 102) which can power a hub-mounted motor. The space under the tunnel in the midsection also accommodates a reserve battery. 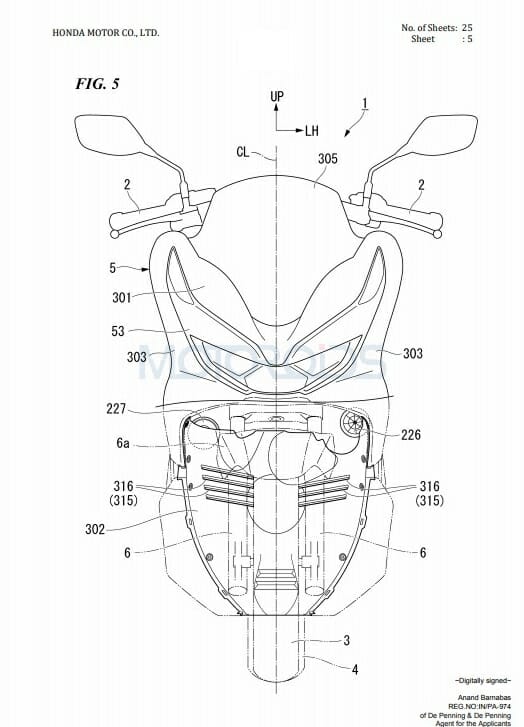 Now, this patent doesn’t mean that Honda will introduce this scooter in the local market. But it could take shape as a future model which could be introduced internationally, given the way it’s styled and everything, before we can think of one occupying space in a dealership in India. 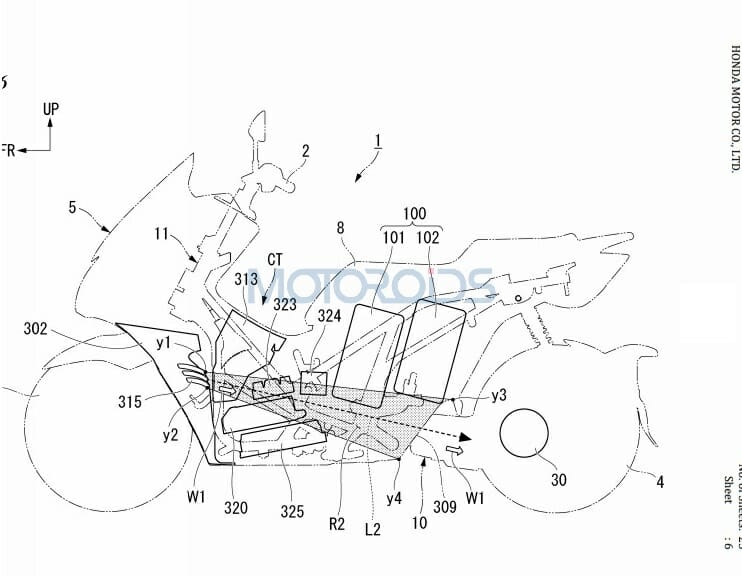 Although, Honda’s scooter business in India has been thriving for a long time now and the market leader would want to maintain its numero uno status in the electric space too. Since this patent was filed in March 2020, it confirms just that. In the same space, new entrants like Ather are now joined by Honda’s rivals and biggies, TVS and Bajaj Auto, who have introduced electric scooters of their own. 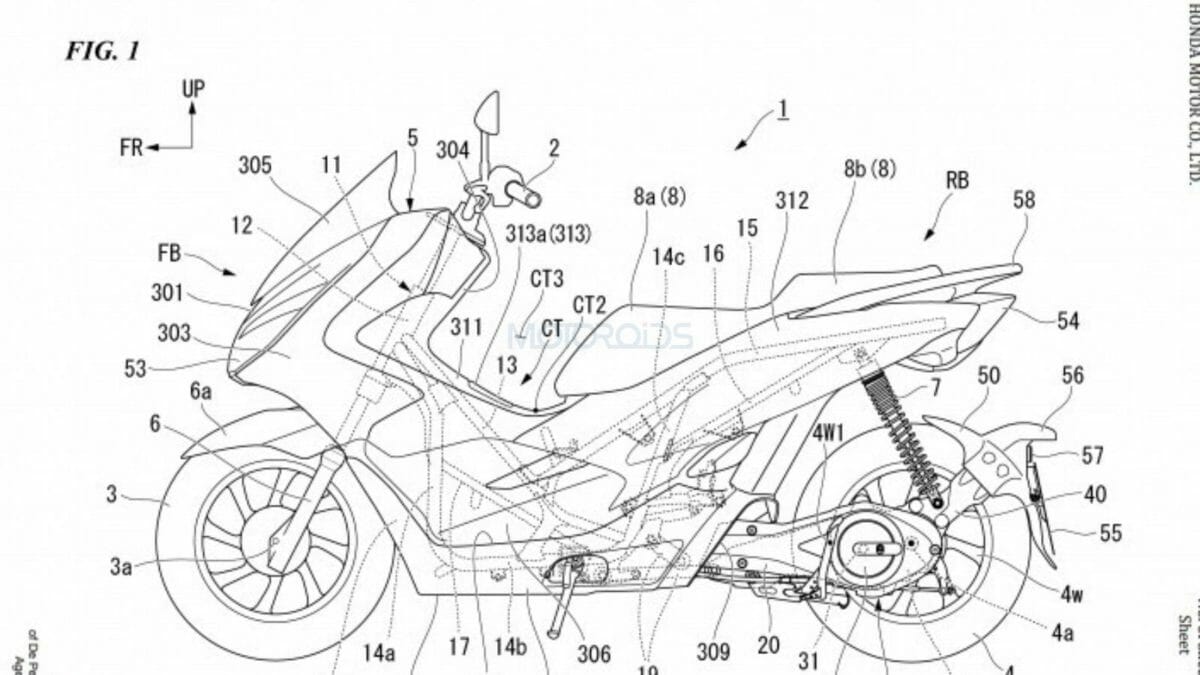 However, the technology and the resources involved are still pretty expensive, even at a mass-produced level, which makes them not all that attractive to conventional buyers. Coupled with that are some genuine issues like range anxiety, charging infrastructure, and charging time, which makes even early adopters think. As time passes, these things will improve. However, until then, we think conventional scooters will still be among the most popular form of two-wheelers for some time to come.