Honda’s re-entry into the entry-level premium segment happened as a surprise. After all, the Honda CB300R wasn’t a motorcycle which was developed and then manufactured locally. It was shipped from Thailand in kit form and then assembled in India. Priced at INR 2.41 lakh, 500 units of the CB300R were earmarked for India, for 2019. Since its launch in January, the bike garnered 400 bookings within February itself and the rest of the lot is now taken too. 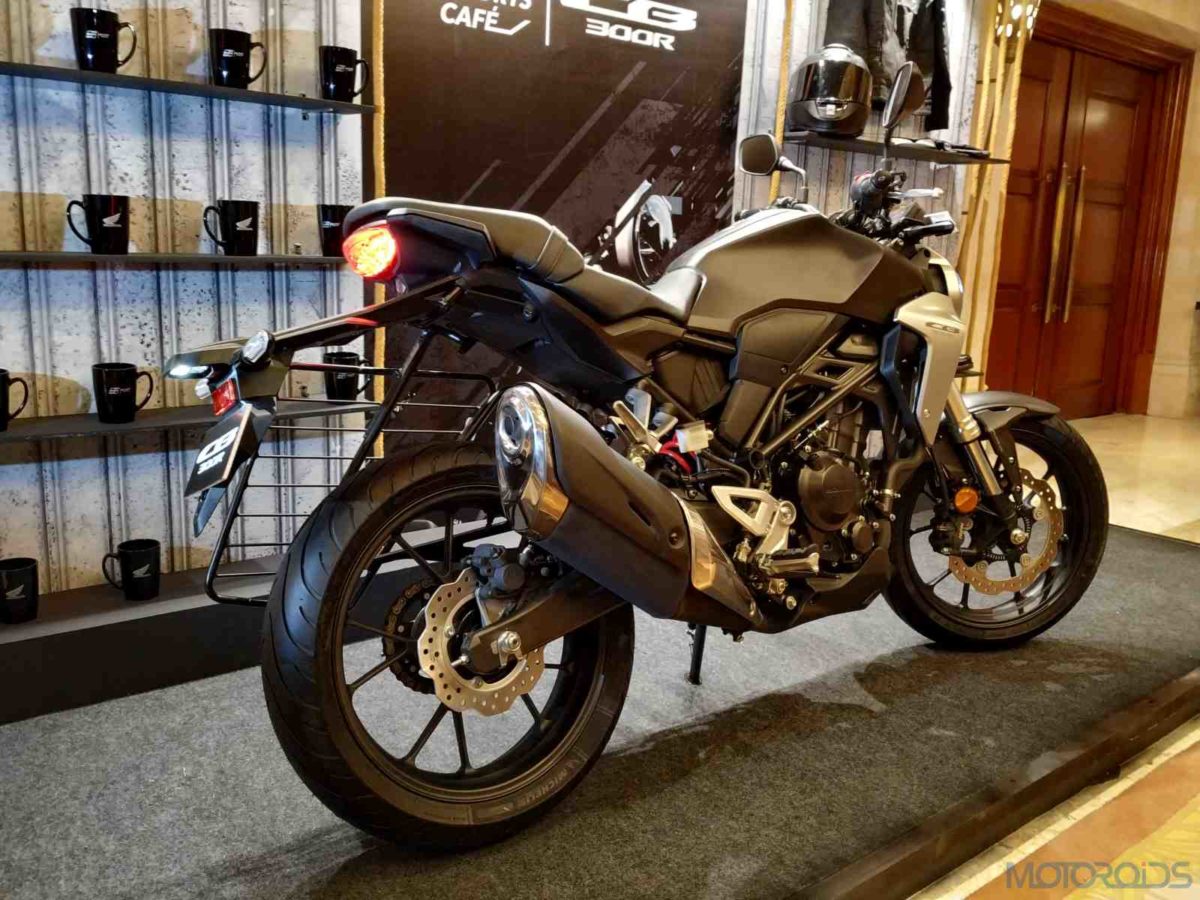 Going by reports, there are more who are enamoured by this Honda which flaunts the bike maker’s Neo Sports Cafe styling. We are still waiting to know if Honda will import more kits to meet this demand or whether the additional bookings will be catered to next year. However, the former possibility appears more plausible. 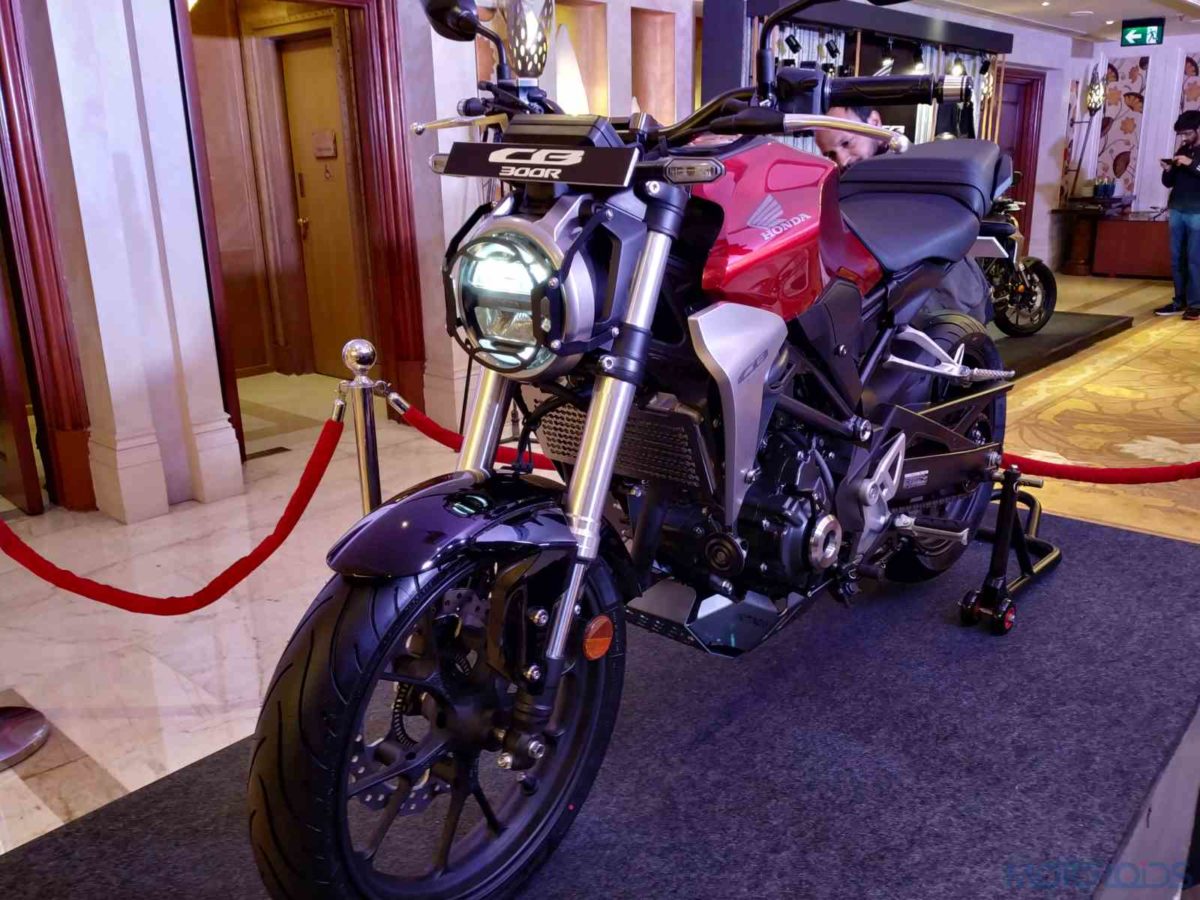 Tipping the scales at 143 kilos (wet), the Honda CB300R is powered by a 286cc, DOHC, liquid-cooled, single cylinder engine which cranks out 30.9 bhp @ 8,500rpm, with peak torque of 27.5Nm, delivered @ 7,500rpm. For the weight and the power that the motor delivers, the CB300R might not excite on paper with those numbers, but in real life, it should be a fun machine to ride. Developed by Yuzuru Ishikawa, who is also responsible for giving us things like the Honda Blackbird and one of Honda’s MotoGP machine, the CB300R is the only motorcycle in its class to come fitted with an IMU-linked, dual-channel ABS system. 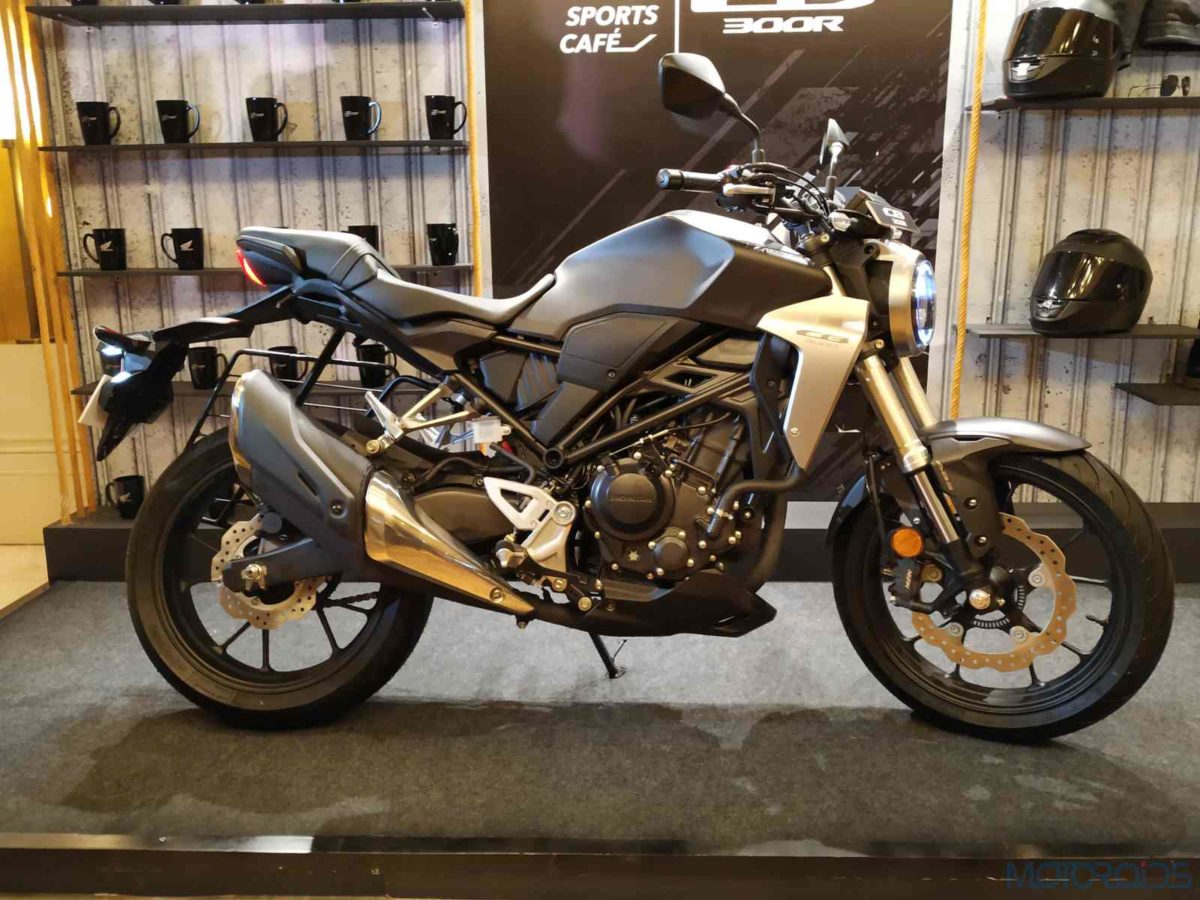 The Honda CB300R’s engine runs a compression ratio of 10.7:1, 38mm throttle, and a straight-shot intake path. The motor promises to deliver crisp throttle response across the rev range and to keep maintenance costs low, it has been designed with the minimum number of moving parts. Details like the low-friction piston rings, high-density core radiator and iridium spark plug help increase fuel efficiency. Fitted with a 10-litre fuel tank and rated for fuel economy of 30.2km/l, the CB300R can cover over 300 km on a tankful. 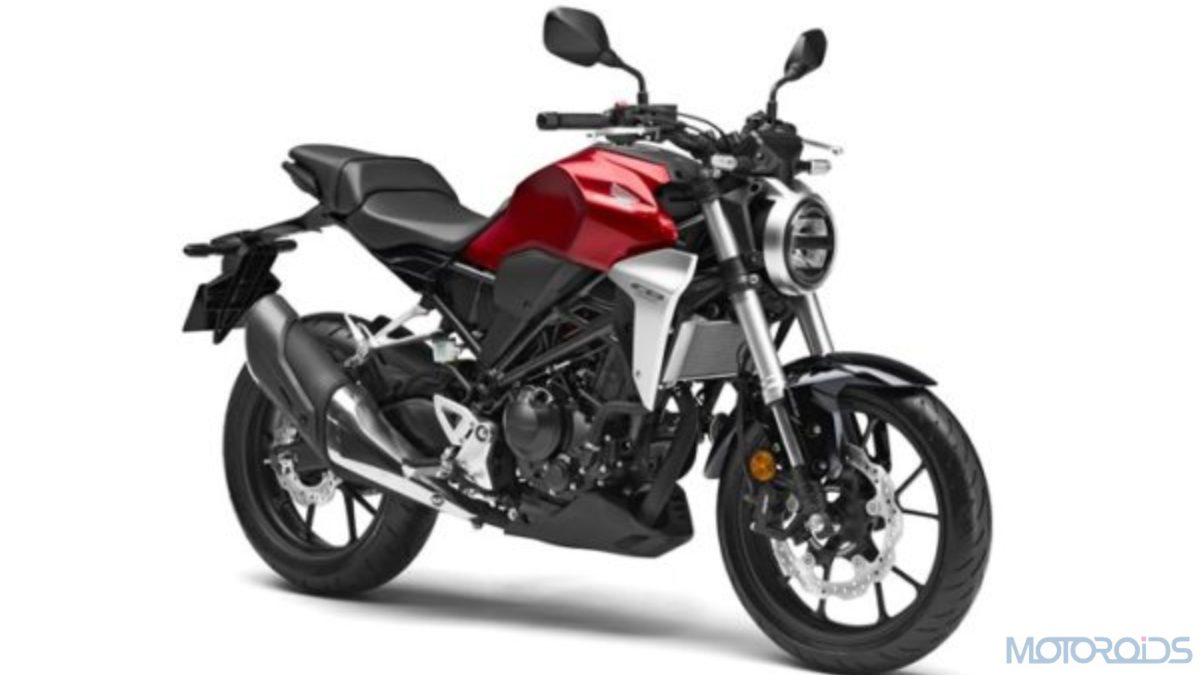 In terms of dynamics, the Honda CB 300R is based on an all-new steel tubular frame, gets 41mm upside-down front forks and the headlight, taillight (thinnest among all Honda bikes) and indicators are all LED. The rear monoshock is adjustable for 5-steps of preload and is paired with a pressed-steel swinging arm. The wave-style 296 mm front disc brake is radially mounted and is bitten into by 4-piston caliper. At the rear, the bike gets a 220 mm unit. A blue-backlit LCD display takes care of instrumentation and the handlebar next to it can turn the bike around within a radius of 2.3 metres.