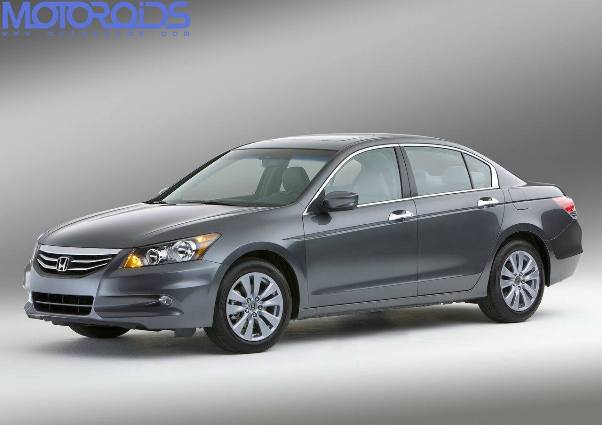 Honda is planning to refresh its Accord sedan in India. The mildly face lifted new version is already available in the international market and will make its way into India by February 2010. The Accord in its latest iteration will remain largely unchanged albeit with minor tweaks such as altered exterior and interior styling, better fuel efficiency and new design alloys. It’s notable that the Accord has been facing stiff competition from the Skoda Superb and the sales of the car have taken a hit in the past few months.

The engine options for the new Accord will remain the same with a 2.4-litre petrol and a 3.5 litre V6 on offer. The changes made to the exterior styling too are very subtle, with the most prominent change being the altered grille, followed by a restyled bumper and boot lid. From the inside, the instrument panel has been slightly tweaked and the position of the climate control buttons has been brought closer to the driver for better ergonomics.

While the exterior and interior styling changes made to the new car are all OK, we really think that the Honda need to throw in some more toys for the cabin occupants to play with if this accomplished D segmenter has to really compete with the tech laden Superb.