Home News Is this the next-generation Palio? 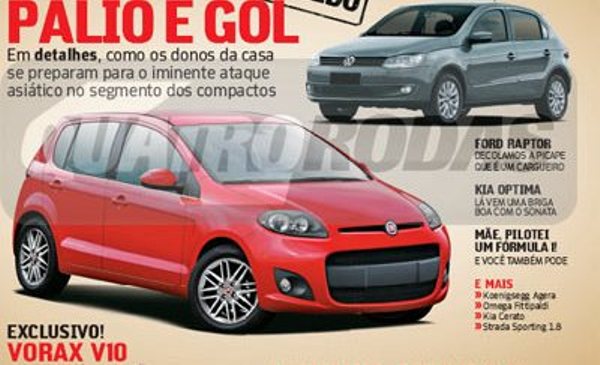 What you see in the picture here is the next-generation Fiat Palio, if a Brazlian magazine is to be believed. Fiat is big in the Brazilian market and the next sub-Punto car from the Italian carmaker’s stable is said to be developed in Brazil. The new small car, to be positioned below the Punto will be crucial for the company’s growth plans in India. We are not sure whether the car will be called the Palio when it comes to India, but we have had enough interactions with the Fiat India team to know that the company is indeed very serious about a small car for the India.

One look at the speculated renderings and you can make out that the new small car going to be inspired by the Punto. However, the new car will be smaller and will feature a new engine under the bonnet, although the possibility of the 1.2 / 1.4 petrols and 1.3 diesel of the Punto being employed for the new car cannot be denied.

Talks are also rife of Fiat employing their newly developed 900 cc twin cylinder twin air engine in the car as one of the options. The engine is already available in the European countries in one naturally aspirated and two turbo-charged versions. The three version of the engine produce 68PS, 88PS and 105PS respectively. The new engine is said to be 25 percent more powerful and 15 percent more fuel efficient than the current breed of the 1.2-litre petrol engines from the company.

As you would know, these are still just the speculative renderings, and may differ hugely from the final product. However, if this were to be the next generation Palio for India, would you put your money on it, and how much?