We already know that German carmaker would be bringing its new flagship SUV to the Indian market very soon. While we await the launch of this SUV, BMW has already begun showcasing the car to potential customers at private previews, which are organised by a number of leading BMW dealers in the country. Thanks to these exclusive screenings, we now have our hands on some of the first set of images of this SUV. Seen in these images is a six-seater model, with captain seats in the middle row. BMW may also offer a seven-seater variant, with a bench in the middle row, for those who wish so. 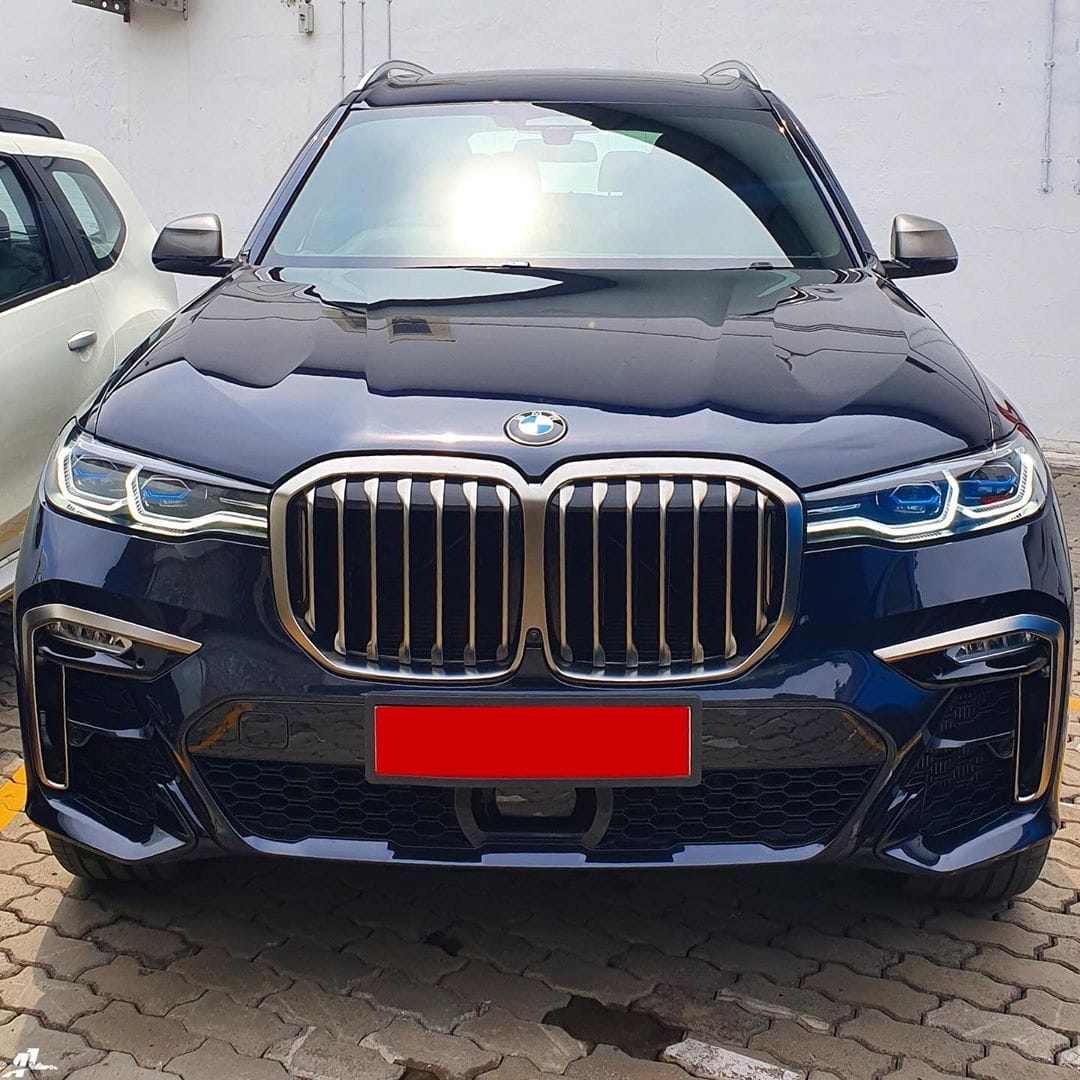 The inside of this SUV comes fully loaded, in a lovely black and tan dual tone scheme. The driver sits high on a throne of a seat and commands the car with a sporty 3-spoke steering wheel. Behind the steering wheel is an all-digital instrument console. The ‘M’ badge on the steering wheel of this particular example suggests that this could be the M-sport model. The centre of the dash is adorned by a rather large infotainment screen, which can be operated by touch, gestures and even the crystal coated iDrive knob beside the gear lever. The gear lever too gets the crystal with a start/stop button located on the right side. 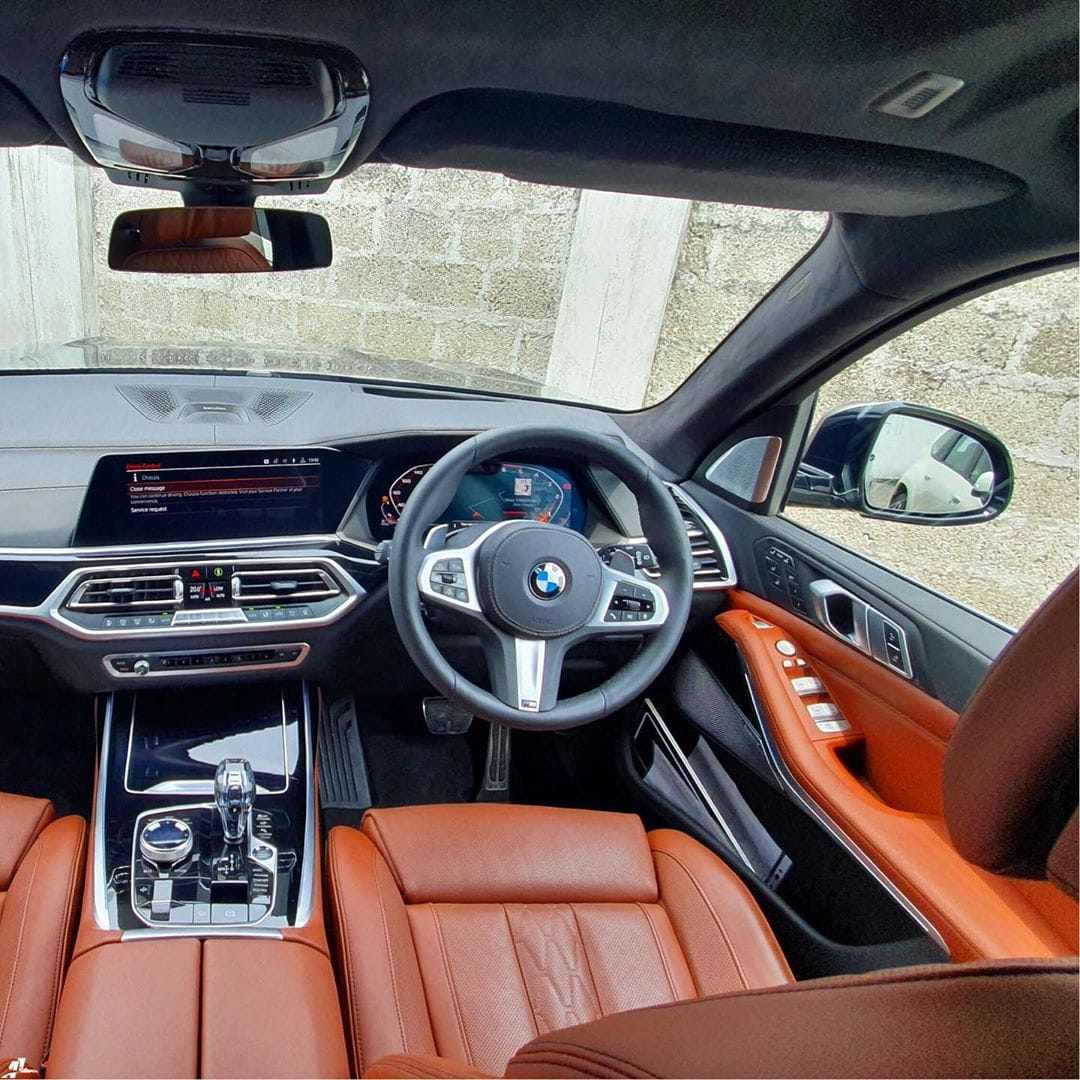 The middle row captain seats look massive, and comfortable enough to tackle long drives. Making the drive more comfortable for the middle row occupants are soft cushions, integrated on the headrests of the seat. Both the seats also come with armrests on the sides. The third row also reeks of luxury, and BMW even took the effort to add leather trim, armrests and even a cup holder for each seat on the sides of this row, where most manufacturers skimp on. 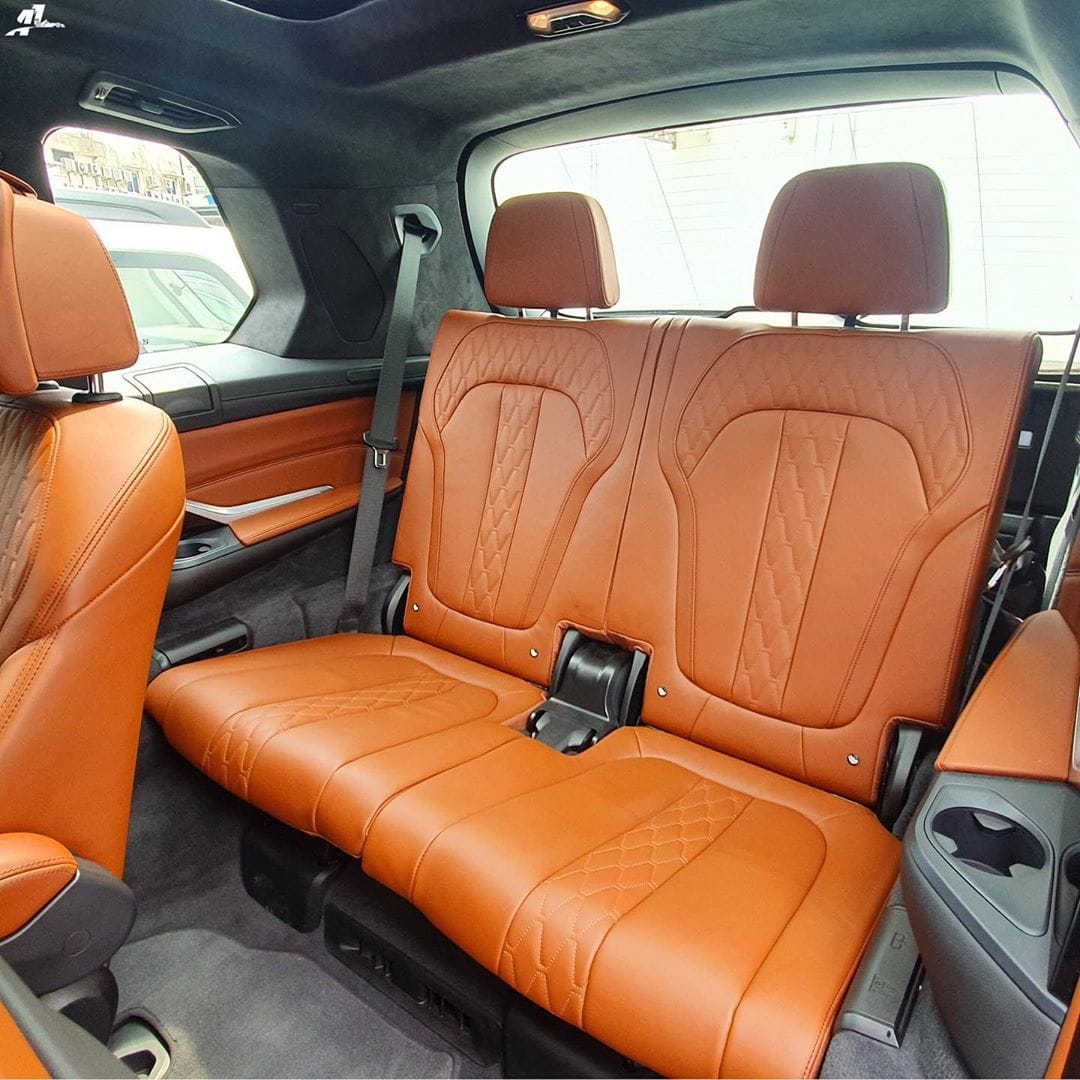 The exterior of the car, as we have seen already, is massive, with quite a large kidney grille attracting most eyeballs. The Indian spec model would be offered with three engine options – two diesel motors and one petrol. Expected to be priced between INR 1.06 Crore to INR 1.68 Crore, the X7 would be competing against the likes of the Audi Q7, Mercedes Benz GLS and the Land Rover Range Rover when launched in the Indian market later this year.