After a hiatus of 17 years, the Ford Mustang Mach 1 has made a return. The American Auto giant confirmed this by adding a video of the upcoming model on its official YouTube channel. The carmaker said the iconic pony car is going to be launched early next year.

The iconic muscle car made its maiden appearance in 1969 with the Mach 1. Initially designed as a performance package for the iconic nameplate, it grew far beyond just that and achieved cult status.

The American car manufacturer had officially confirmed plans to return the Mustang Mach 1 at the end of last month. At the same time, several official pictures were published of a partially covered car during tests. Now, the covers have been removed, revealing key details of the car. Like the original, the all-new Mach 1 bridges the gap between Mustang GT and Shelby models, delivering V8 power, unique functional aerodynamic enhancements, competition-capable suspension upgrades and a driver-focused cockpit. 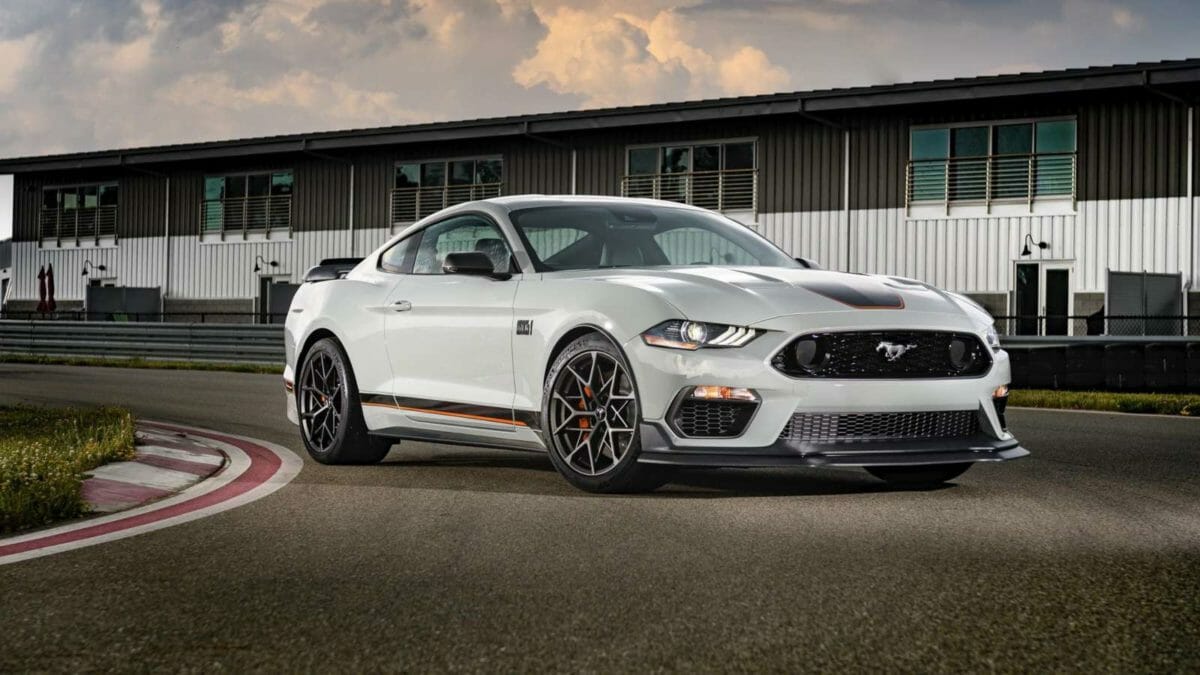 The company claims that the all-new Mustang Mach 1 is set to become the most track-capable 5.0-litre Mustang ever, courtesy of a newly designed front end, plus Ford Performance parts from Mustang Shelby GT350 and Shelby GT500 models and an available Handling Package for greater at-limit handling.

The Mach 1’s lower front vents are also taken from the Shelby GT350; the driver’s side cools the 5.0-litre engine while the passenger side cools the transmission. Above that are incandescent park and turn lamps, also stripped from the GT350, and two large intakes are integrated into the grille that cool the engine and transmission oil. Sitting in between the air holes is the pony badge, finished in a low-gloss silver called Magnetic, and Mach 1 badges adorn the front fenders and the rear decklid. 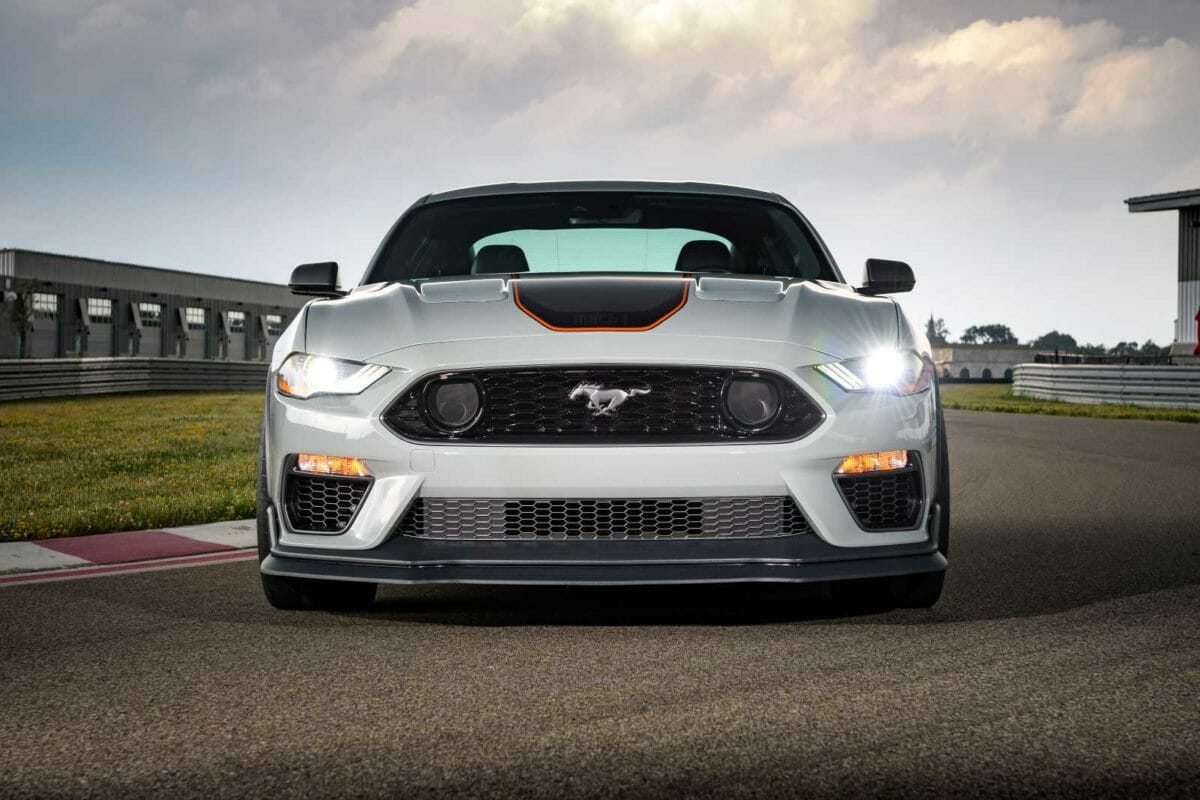 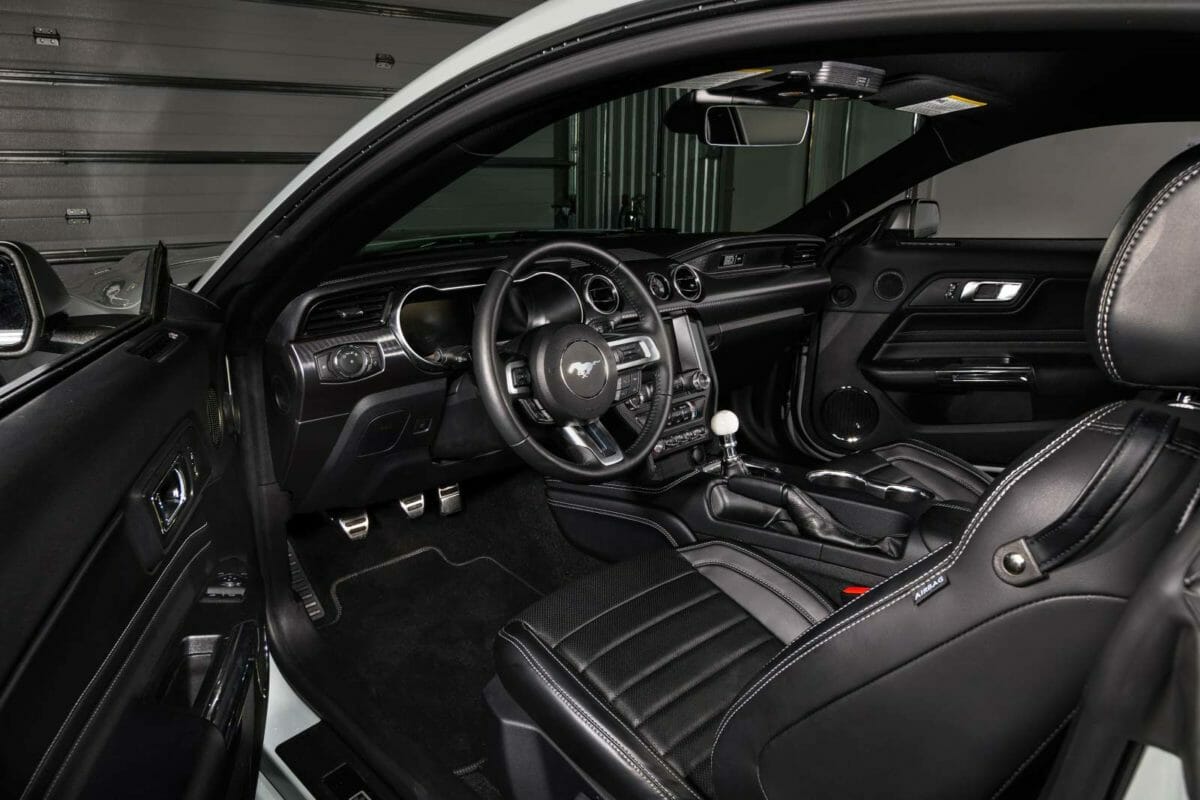 Ford speaks about a 5.0-litre because that’s what’s hiding under the hood. Optioned with either a six-speed manual or a 10-speed automatic transmission, the engine has a power output rated at 480 horsepower and 420 lb.-ft. of torque, more than enough to be a proper celebration of the Mustang variant that pushed the GT out of production back in the late 1960s.

The all-new and limited-edition 2021 Mustang Mach 1 will arrive in US and Canadian Ford dealerships in the spring of 2021. It is highly unlikely to find its way to India or Asian markets for that matter even at a later stage because of the ‘Limited’ tag. The Mustang in India is available in the GT variant and is retailed at a price of Rs 74,62,000(ex-showroom).