We often find ourselves saying that the young generation is smarter, more innovative and tech-savvy. While most of us were locked down in our homes because of the nationwide lockdown, Netflix and chilling our way through quarantine, a 9th-grade student, Arshad TH developed a light motorcycle by using scrap materials from his father’s automobile workshop in Kochi. It isn’t the first time that we have seen a young innovator pull off something like this but it certainly appeals to the inner motorcyclist in us.

We can’t help but wonder about the things that this bright kid might pull off in the future. The son of TJ Hashim and Haseena, Arshad hails from Palluruthy at Kochi and is a student of SDPY school at Palluruthy. The innovative kid claims that he made the motorcycle in one and a half months by putting together the parts. 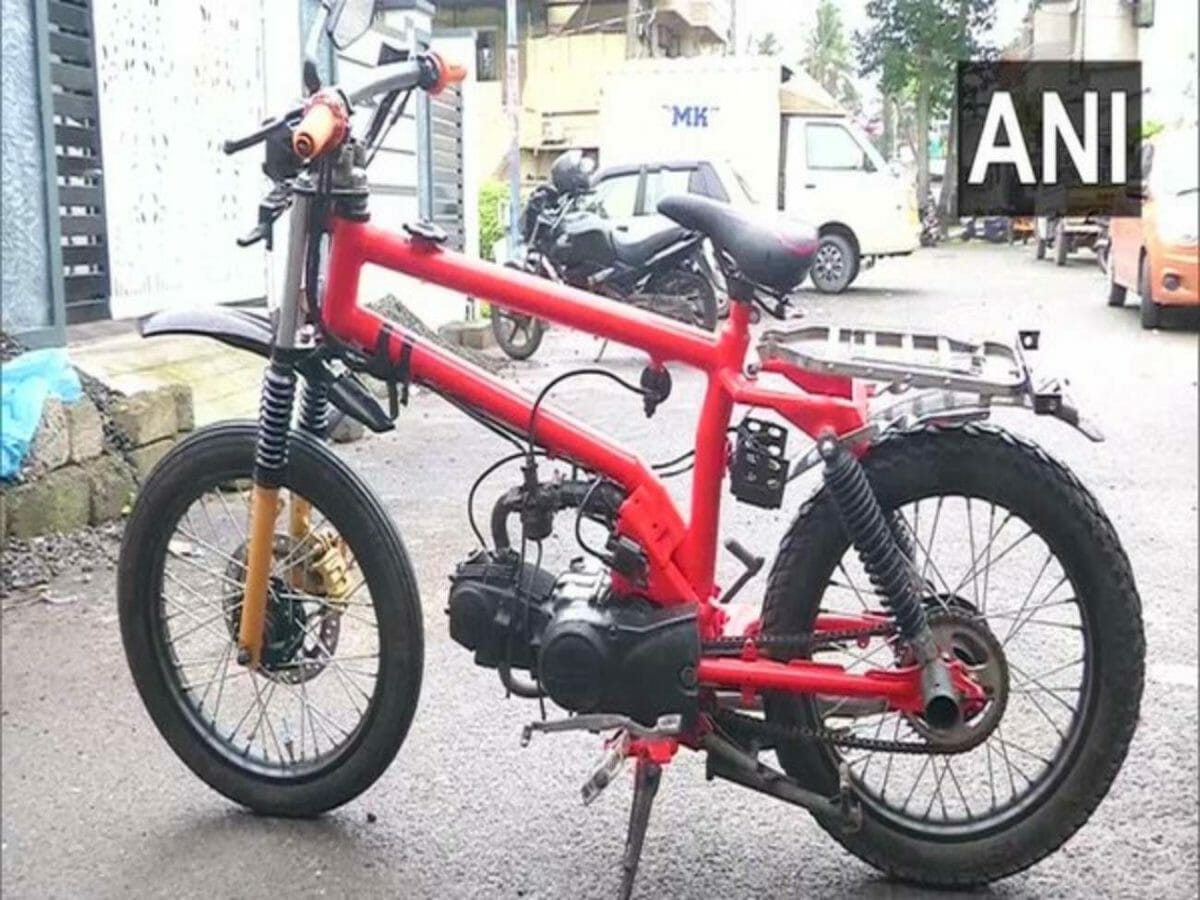 Coming to his build now, if you factor in the fact that it was developed by a 14-year old, it feels unbelievable. While we were busy adorning our bedrooms with posters of motorcycles at that nascent age, this young fellow built one and that too from scrap! The bike has a petrol tank attached to the seat and handles, with the capacity to hold one litre of fuel. Arshad claimed that the bike can travel up to 50 kilometres on a full tank. Pretty fuel-efficient for a homemade motorcycle we would say.

Not only this, but the motorcycle also features disc brakes and LED headlights. It is manufactured with scrap tyres and the seat of a bicycle. The inventor spent nearly ₹10,000 to develop a light motorcycle. ‘I first wanted to create a bike when I saw an iron pipe and engine of a motorbike in my father’s workshop during the lockdown. At first, my father scolded me but halfway through the process he helped me and it got completed in one and a half months. It was made using the parts of many bikes. I wish to manufacture a trolley next,” Arshad, told ANI.

This feat must have made the parents proud. Confirming the same, Arshad’s father, Hashim said to ANI “’When he was at home during the lockdown, he asked me if he could make a bike which looks like a bicycle. My friend gave him a welding machine. I did not think it would look so good. He is also looking into getting registration. He says he wants to make a trolley next. I will support him as much as possible.”

It is certainly an inspiration for us and it goes on to show that we can actually make this quarantine a lot more productive. A few days ago, a video surfaced online which showcases a battery-powered miniature model which has been built from scratch by a father for his son in Kerala’s Kollam district. It was basically a toy version of the Bullet 350, and one that looks very similar to the original version.