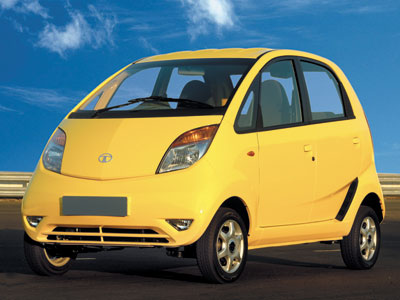 EcoCa, a little know company in London, has its eye set upon snatching the ‘Cheapest Car’ title from Tata Nano, by churning out a 340cc two-seater petrol car for little less than a lakh! Even at this price tag, the company says, it will ensure healthy profit margins for the car makers.

The company is scouting for a joint- venture partner in India to build this car under the same brand name. EcoCa percieves India as a lucrative market to achieve the lowest possible price tag and yet be able to earn profit margins. Some Indian carmakers have positively shown keen interest in the company and the car, which seems, will directly compete with the Tata Nano. The prototype of the car has already been invited by the car makers, to evaluate the car’s performance, fuel efficiency and safety standards. EcoCa’s top choice is believed to be Mahindra & Mahindra. Top officials from M&M, however have refused to confirm any such development.

The small car in question is said to infuse an investment of 8 million pounds, whose design will be inline with the VW Beetle. The car will don a convertible roof and automatic gearbox. EcoKa will weigh less than 330kg and will boast a fuel efficiency of 27- 28 km/litre of petrol. Optional front bags will also be available.