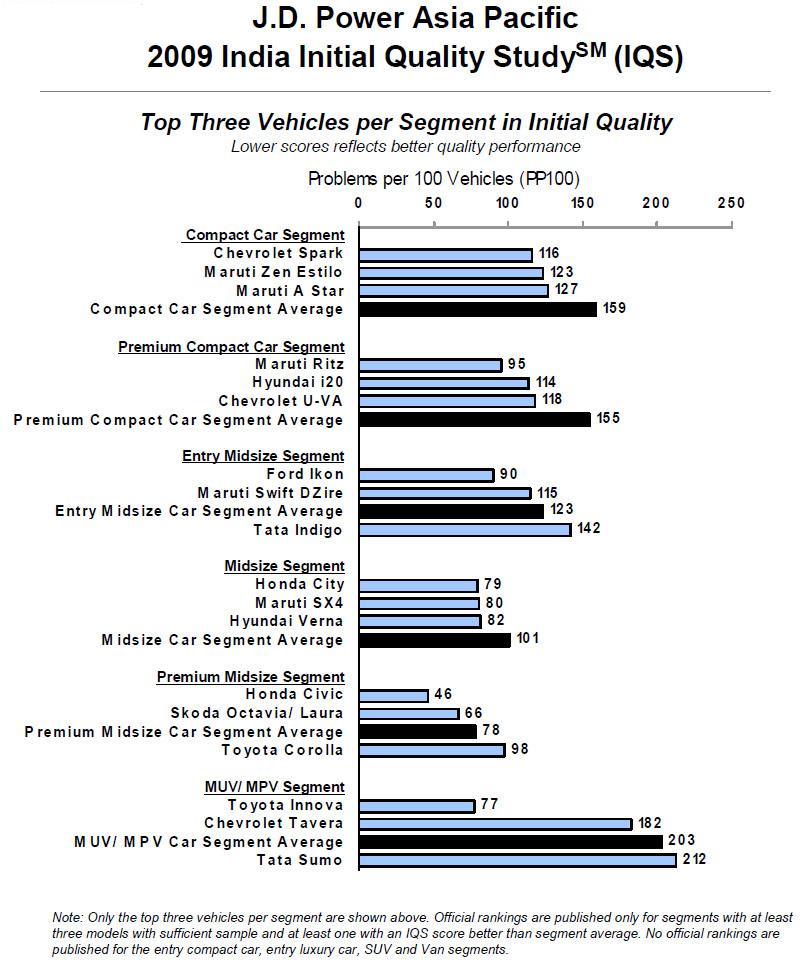 The survey threw up some interesting statistics:

Excessive fuel-consumption continues to be the single issue most commonly reported by owners, thanks no doubt to manufacturer’s false claims.

“Engine and transmission” was the most improved parameter with an improvement of 12 PP100.

9 out of 11 automotive manufacturers have improved their initial quality since last year.

J D Power’s IQS India which is now in its 13th year had a sample size of 6,600+ owners who purchased a new vehicle between November 2008 and July 2009. It included 50 vehicle models from 13 different manufacturers. The study measures problems with new vehicles during the first two to six months of ownership in more than 200 specifics covering categories that include engine and transmission, AC, controls and displays, interiors, audio, entertainment and navigation systems and others. All problems are summarized as the number of problems per 100 vehicles (PP100). Lower PP100 scores indicate a lower rate of problem incidence and higher initial quality.

Initial quality is all well and good but J.D.Power (or someone else) should also start conducting surveys for vehicles older than 3 years so that we can find out which vehicles are able to survive the real test of time.