After introducing the 911 Carrera S and 4S Coupe, Porsche has expanded the 911 range with the entry-level Carrera Coupe and Carrera Cabriolet variants. Although entry-level models, these still embody the very essence of what makes the Porsche 911 one the most revered sports cars out there. These eighth-generation models are powered by a 3.0-litre, twin-turbo, six-cylinder, boxer engine which cranks out 385 hp, 15 hp more than its predecessor. Transmission is handled by the new eight-speed dual-clutch transmission (PDK). This enables the 911 Carrera Coupé to accelerate from 0-100 km/h in 4.2 seconds, with a top speed of 293 km/h. An optional Sport Chrono Package shaves a further 0.2 seconds off the sprint time. Now that isn’t entry-level performance at all!

Also Read: The New Porsche 911 Cabriolet Is All About Topless Precision 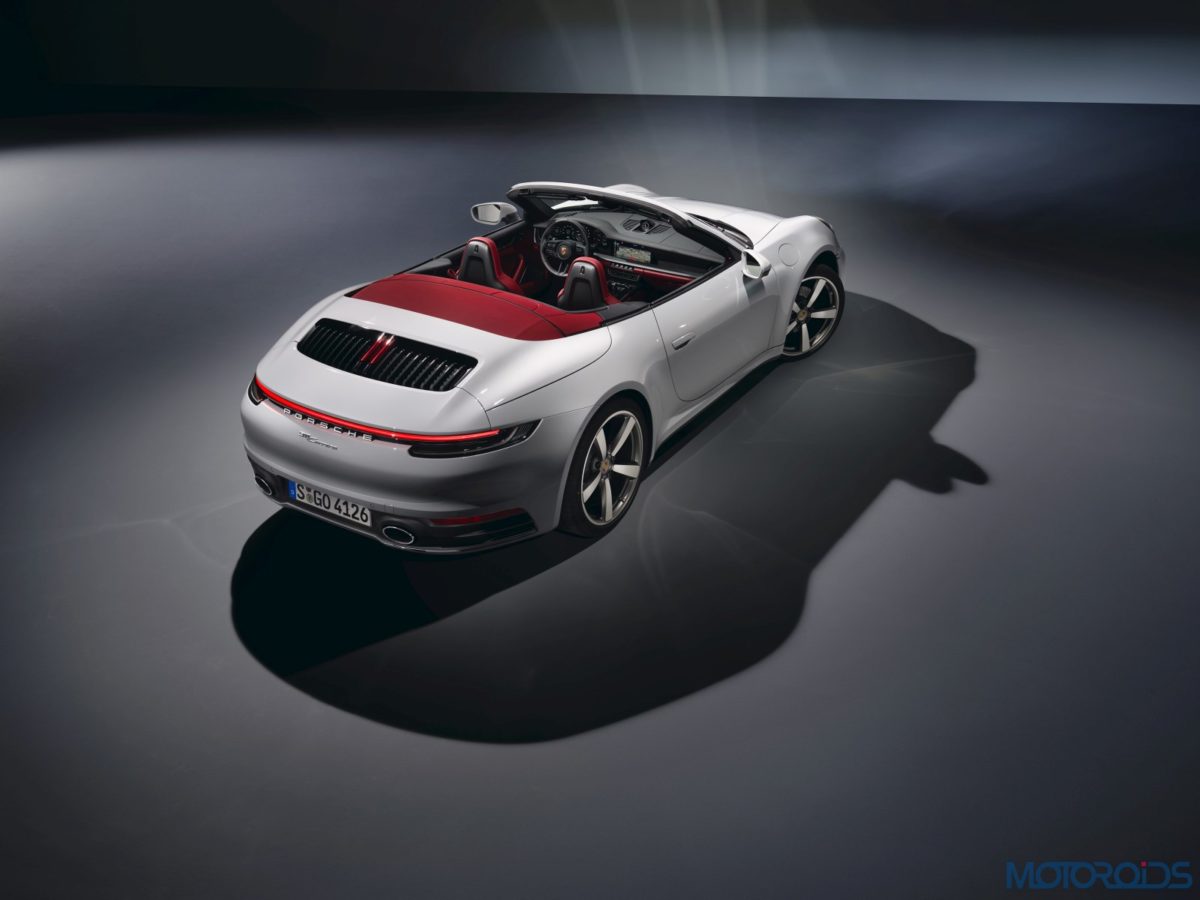 The 911 Carrera Coupe and 911 Carrera Cabriolet share a similar range of standard features to the 911 Carrera S. These include a 10.9-inch touchscreen display and connectivity and assistance systems, such as the Porsche Wet Mode. The 911 Carrera is distinguished by smaller sized wheels, brakes and tailpipe covers on the exhaust system. The 3.0-litre, six-cylinder boxer engine of the 911 Carrera generates power largely through the smaller wheel diameters of the turbines and compressors that feature in the new turbochargers. 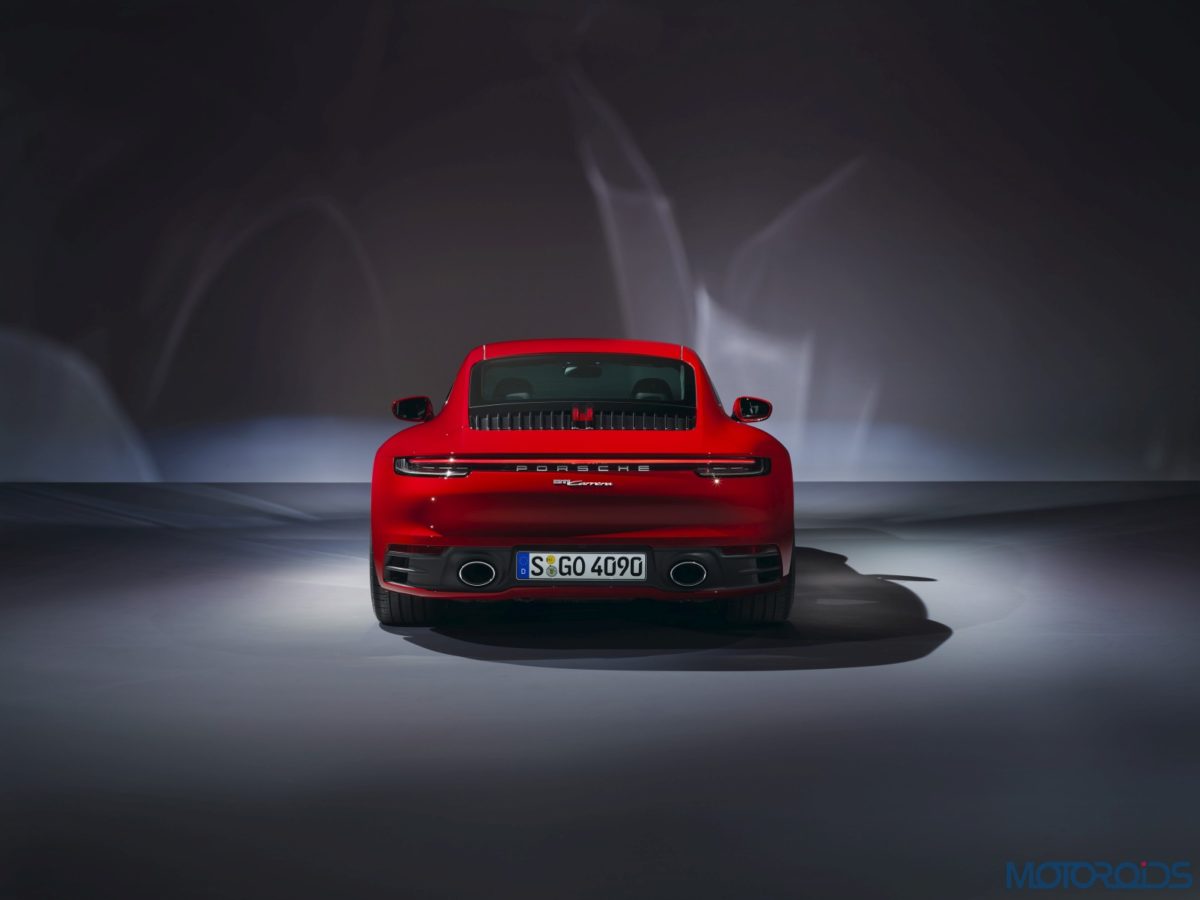 The combined fuel consumption of the Coupé is 9.0 l/100 km, while the Cabriolet records this figure as 9.2 l/100 km. The driving dynamics set-up includes 235/40 ZR tyres on 19-inch alloy wheels on the front axle. The mixed tyre configuration features 20-inch wheels with 295/35 ZR tyres at the rear. Stopping power is provided on both axles by 330-millimetre brake discs with black, four-piston monobloc fixed callipers. Available for order internationally, it will be some time before these hit our shores. 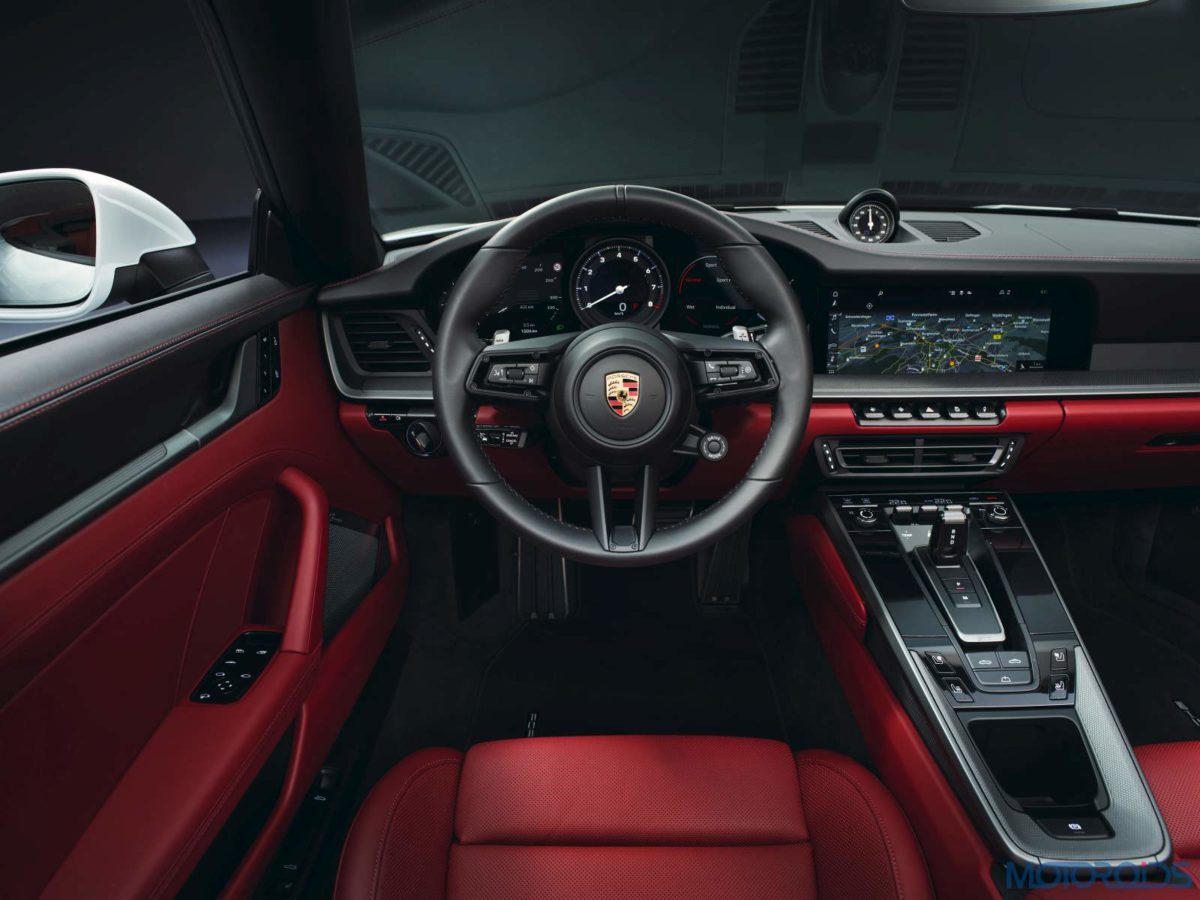 Just recently, Porsche launched the latest-gen Macan SUV in India. Available in two variants – The Macan and the more powerful Macan S, prices start from INR 69,98,000 (ex-showroom, India). Mechanically, the new Macan gets a 2.0-litre turbocharged four-cylinder engine, producing 252 hp and delivering a maximum torque of 370 Nm. It accelerates from zero to 100 km/h in 6.5 seconds (when equipped with the optional Sport Chrono Package) and reaches a top speed of 227 km/h. The Macan S is powered by a new V6 engine, which was first introduced in the new generations of the Panamera and Cayenne. The power unit produces 354 hp (an increase of 14 hp compared to its predecessor) and a torque output of 480 Nm. As a result, acceleration to 100 km/h in just 5.1 seconds with the optional Sport Chrono Package; its top speed is 254 km/h.