MG’s first product for the Indian market, the Hector SUV has become a hit amongst the Indian audience. Overwhelmed by the response of the car, MG has had to stop bookings of the car temporarily and has also increased the production of the SUV to make sure deliveries take place in a timely manner. Following the success of this car would be their next product, an all-electric SUV called the eZS. MG has confirmed that this electric vehicle will be on sale in India before the end of the year. One of these test mules was recently captured in a video, running on the streets of Vadodra in Gujarat. Have a look at this video uploaded on YouTube channel Barodian boy Jatin, which showcases this car.

The MG eZS will come with a full-sized boot and seating for five, making it the perfect car for people who want to go electric but also need the space and practicality of a compact SUV. Details of this SUV are scarce at the moment, however, a teaser released by MG earlier revealed the presence of a vertically aligned touchscreen and a rotary gear knob inside the car. One can expect MG to offer its connected iSmart infotainment system as well, just like the one seen in the Hector. Moreover, the test mule also reveals details like LED DRLs upfront, projector headlamps, rear wiper and five-spoke alloy wheels. 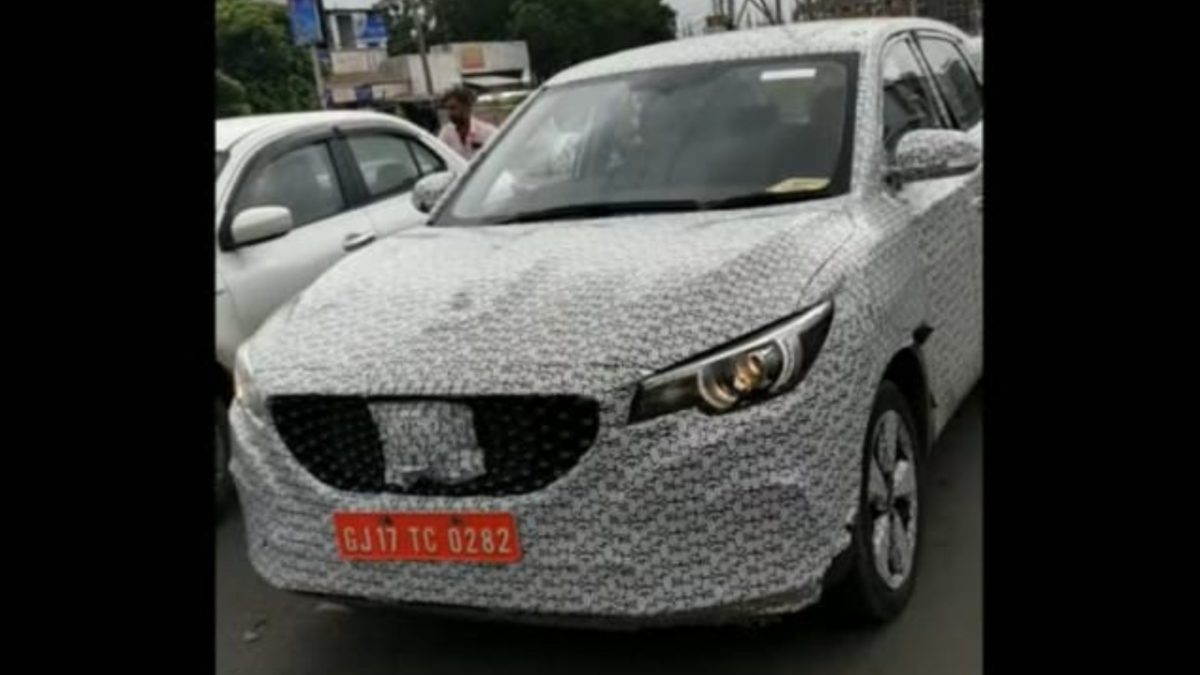 The eZS will be produced locally, at the Halol plant of the company, which could give the eZS a significant cost advantage over the Kona. When launched, the eZS will be the closest competitor to Hyundai’s Kona. The Kona is the first electric SUV to be offered in the Indian market and currently faces no competition. The carmaker aims to contribute towards a better tomorrow for all, by providing environment-friendly mobility solutions, as part of its long-term commitment to the market. with this all-electric vehicle. MG has also told that the car is currently being tested throughout the country, across various climatic conditions, before it reaches showrooms by the month of December this year. For more news on this electric SUV, keep looking at this space.