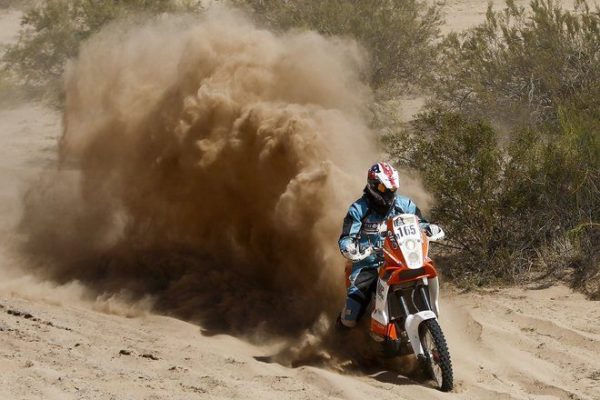 Our mate Allan – Robbo – Roberts, the Australian privateer in his first Dakar rally is going really well. After the rest day in Salta last Saturday, he completed a marathon stage to Bolivia – a historic first for the rally – he drove yesterday next to the majestic Uyuni salt flats and today crosses the dry Atacama desert to Iquique, on the Pacific coast. Robbo is 35th overall in the bikes class with only 83 riders (of 175 who departed) still on the race.

Allan wants to continue to the end in Valparaiso like this, which would be a result much better than what the Australian rider dreamt before departing to Argentina. Here you can read in exclusive the messages he sent us from his mobile phone at the bivouac. Way to go Robbo!

Click here to read our introduction feature on Robbo, and his first Dakar updates 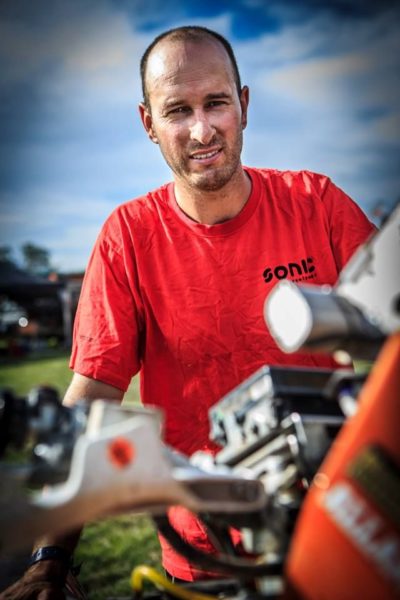 I’m on the bivouac-or should I say sand storm, I rode the 230 liaison with Shane Diener

It was long and boring. I had a mixed day – I was going well but at Check Point 1 after refueling I noticed fuel coming from my rear tank. I had to go on, so I used up the rear first but the leak was at the hose fitting so on the fast sections when the throttle was wide open the intake was also sucking air. I would have to switch to the front tanks. 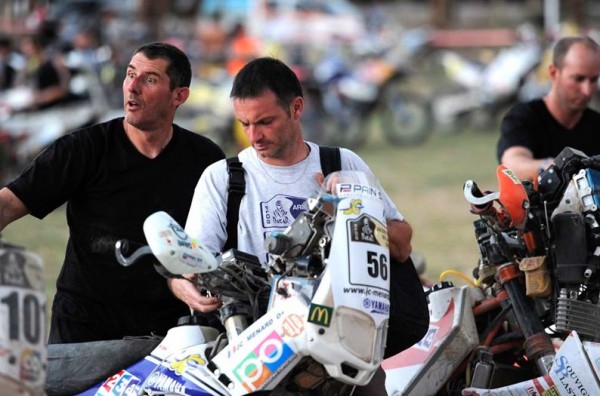 I did this back and forward for 230 km to CP 2, after which the front tanks would have enough once filled again to take me to the Chilean border – the finish. I lost some time but I think the altitude did not affect me as much and I managed to make good time.

It was a long SS – it was extended to 500km so now I’m pretty worn out. It was fast but requiring loads of concentration and following the road book perfectly, avoiding the hundreds and hundreds of cautions which would end it in a second. We have some very long SS coming up. I have yet to check tomorrow’s road book which will be marked soon, one day at a time.

It’s insane! There are the top ten or so in a race as for the rest of us it’s a fight, a fight for survival. Today’s stage was relatively “easy” compared to the past four, if you call going around bends with 100 meter sheer cliffs, rocks on the road, many river crossings and of course dust easy that is. I had a good day, only hitting a rock in a creek that saw me with wet gloves after I fell, but in here in Salta it’s a rest day tomorrow. 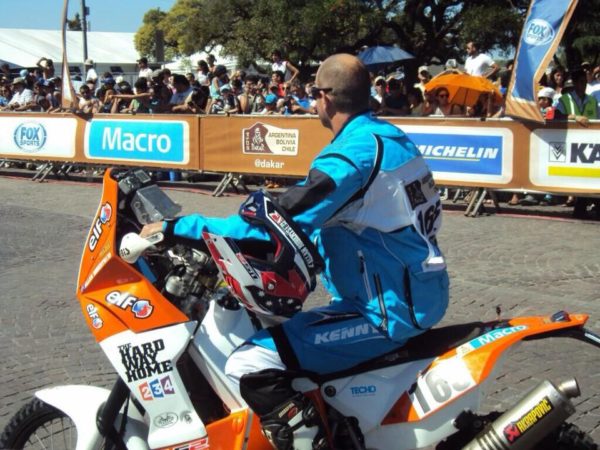 It has been grueling beyond belief, yesterday was madness in the desert, at one point I had a fire in the bash plate but managed to put it out quickly. Goncalves was not so lucky with his honda.

The days are long, but the bike is taking whatever I hurl it towards it – it’s strong and it will get me to the finish line as I will get her there as well.

There are some wild stories to tell. Yesterday I came across a rider in the middle of the river bed – he’d crashed. I stopped, picked him up and got his bike off the path as he got his breath. I then found another rider, an Argentinian who’d crashed right there – at about 100 kmph. I helped him up, he was hurt – I picked his bike up and then rode on. It’s bloody tough, on stage 3 there were broken bikes and people everywhere. The tribulations are trying to break us but I will not be beaten. 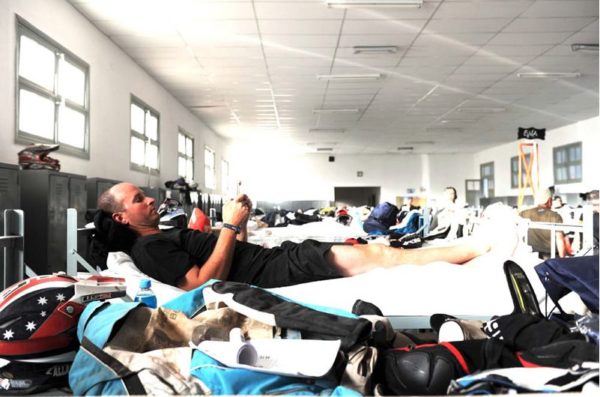 Also, I am a national hero in Poland. On the marathon stage overnight I gave my rear wheel to Kuba Prygonski. He is a factory KTM rider, he’s running in the top ten. I was interviewed on TV in Poland, they love me! And then for the trouble, KTM gave me a whole factory rim with bib moose and tire, and my old one back….that’s the Dakar.

Many other things to tell but it will have to wait. I appreciate the support, it helps, it gives me energy which is hard to come by out here, as you all are day by day I am willing myself to the end.

My rally nearly ended today, I lost my rear wheel nut at about km 180. I trully thought it was over, then along came fellow Aussie Troy O’Conner, I asked him if he had a wheel nut and the answer was YES.

I lost some time but that’s fine I’m still in. It was another grueling intense day with the last 40 km of massive dunes. I’ m tired, my body is very tired – just need to get through the next 3 days, they are very long and a lot of it in the dunes, and the Atacama Desert.

And then the last day is hopefully a walk in the park. I must finish this…