Tata Motors recently launched the Nano Twist with an electronic power steering. In an effort to make the Nano more city friendly, Tata Motors are working on a automatic transmission for the Nano, according to a report by Autocar Professional. 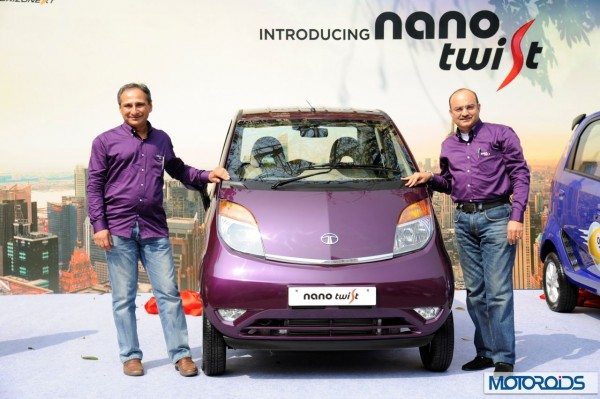 Speaking at the launch drive of the power steering-equipped Nano Twist, Girish Wagh, senior vice president
Programme Planning and Project Management (PVBU) Tata Motors, has confirmed the car maker is evaluating various technologies, including auto transmissions, to strengthen the Nano’s positioning as a city car. A CVT or a
more cost-effective automated manual transmission (AMT) are likely options for such a ‘clutchless’ Nano of the future. Tata has been working on automatic transmissions for some time now and had even showcased an Aria with a six-speed auto at the Geneva Motor Show in 2013.

The company had shown clear intentions to add desirability to the Nano as part of its Horizonext initiative last year. An automatic transmission and power steering-equipped Nano could be the commencement of the program. The auto box, in combination with the electronic power steering, could make a very effortless city car.

Now, with Maruti announcing the Celerio with the automated manual transmission, and the increasing requirement of automatics among the urban population, Tata Motors need to launch the Nano Automatic soon.

Tata is also working on a 1 liter engine equipped Nano Plus, which is still a couple of months away. We hope Tata equips the Nano Plus with the auto tyranny.

Stay tuned to Motoroids for more dope on the Tata Nano Automatic.