Home Features For the Love of Adventure: Our Man Allan ‘Robbo’ Roberts Participates in Dakar 2014 as No. 165 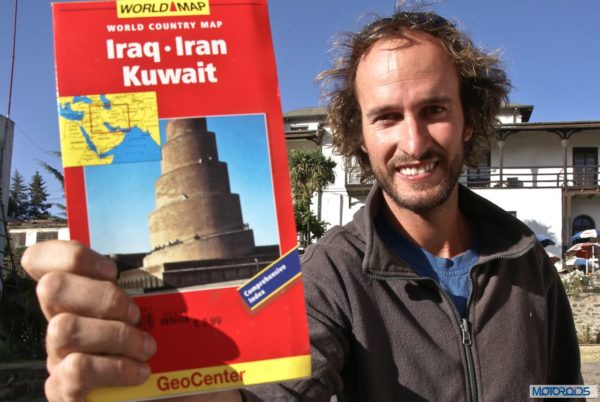 UPDATE: At the 3rd day of Dakar 2014, Robbo is 58th overall and tackles the first marathon 373 km stage,  from San Rafael to San Juan, up on the Andes ranges at 4,300 meter altitude. His performance is so far impressively fast for a Dakar novice and reeks confidence. The objective of the rider is to arrive to the finish in Valparaiso-Chile with a decent – but mostly safe and sound – performance

Robbo aka Allan Roberts is from a remote village in South Australia. Laugh at us if you will, but the name of his village is, ahem, Speed (!) Robbo’s father was a Vietnam war veteran. The war was a traumatic experience for his father and he was in depression for the following years. He ultimately decided to take his own life, before his wonderful wife saved him.

Click here for the next update on his Dakar Rally adventure 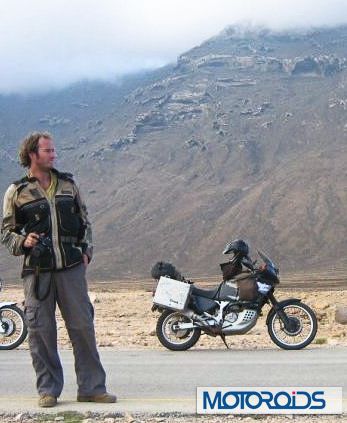 It was not easy for Robbo to stay at home after this. He left to England where he worked as an underwater welder – a hard, technical and potentially dangerous job, but with good money. When Robbo decided to return to Australia, he preferred to do it the hard way – to traverse the route on a bike rather than boarding a plane. His Honda Africa Twin bike turned into his partner for the adventure! And for cataloguing his journey on the hard way home, he also created a blog (hardwayhome.blogspot.com) and hit the road – the African roads first. 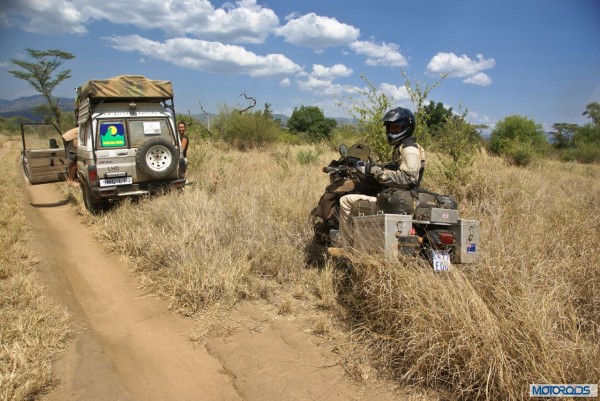 Robbo travelled around Africa for a year and a half crossing at least thirty countries on the way. When he arrived to UAE (the Arab Emirates) he faced his first real predicament: his bike was stolen in Dubai! Robbo didn’t surrender though. He found another bike to continue and fortunately, before leaving the country found his own bike as well! 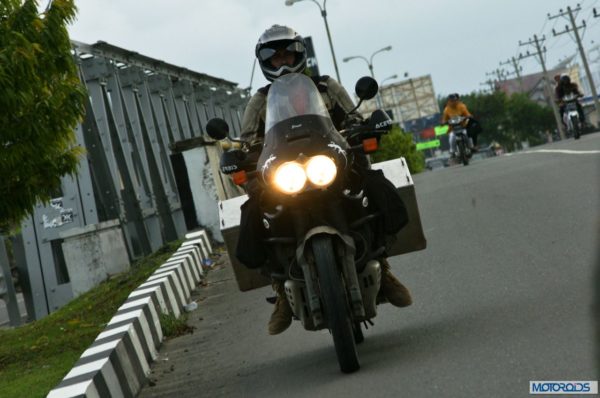 With plenty of riding experience (both on and off the road) under his belt, Robbo started giving racing some serious thought. He had found a bike from a local dealer and mulled taking part in the Dubai Challenge, a small rally in the Arabian Desert. By this time, he was already in Cambodia, so he took a flight back to the Gulf and attempted his first ever rally while he was 28 years old. He finished 11th overall, a remarkable achievement for a rookie who was racing with some of the top riders in the world. Robbo was a talent! 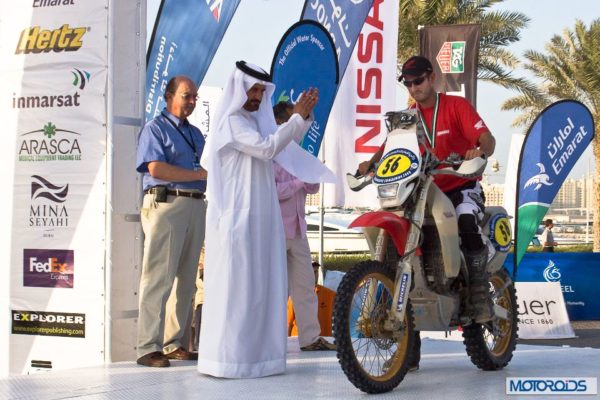 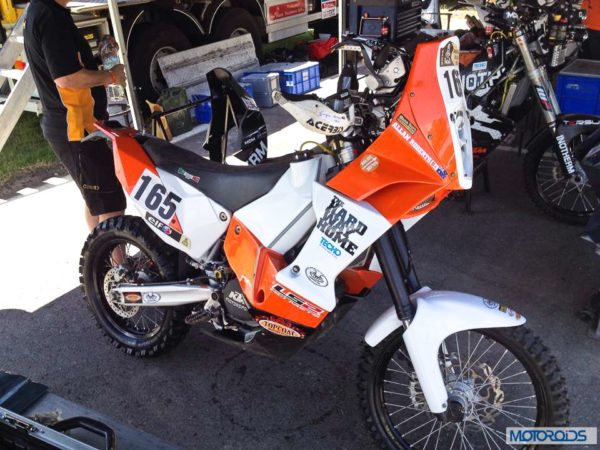 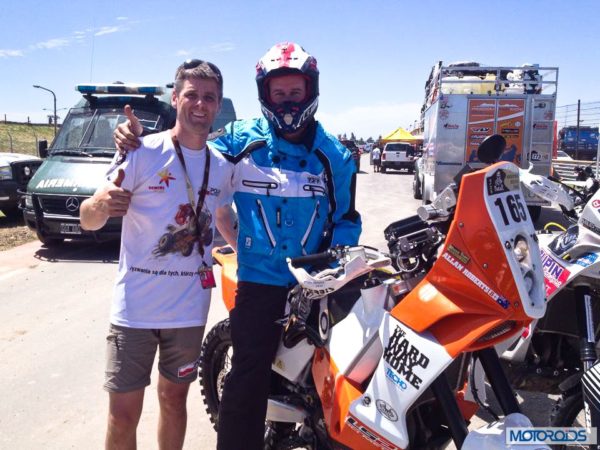 The orange-white motorcycle has no sponsor stickers. Apart the ASO stickers, there is only one – “The Hard Way Home”. The Hard Way Home is also the book Robbo is currently writing, depicting all his adventures from his epic motorcycle trip which he plans to publish soon on his own expense. Allan Roberts managed to participate in the toughest rally in the world with his own, hard earned money.

Allan Roberts spent more than 1,07,000 Australian dollars (around 60 lakh rupees!) to participate in Dakar – almost all the money he earned after several years of hard, underwater work. To all this you should add five years of training, racing, bike preparing and sponsor hunting and several months without a drop of beer – which should be devastating for any Australian. 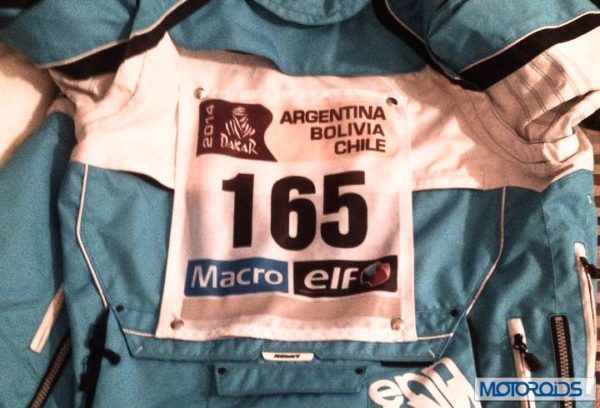 What is the reason for all this expense and effort? Why spend so much hard earned money for participating in a rally raid two weeks long. Well, Robbo, like hundreds of other talented participants, doesn’t go to Dakar for winning, neither for a podium place. He doesn’t do it for the glory or the money; he doesn’t do it for his sponsors, because he simply doesn’t have one (apart from a helmet supplier). Robbo is doing it for himself, to write a new chapter in his personal history and takes the risk to do it because Dakar rally is not humane some times, if we consider that around 60 lives have been lost in it since 1979. There is a sense of adventure to this rally, and Robbo wants to experience it firsthand.

Beyond the big teams with their professional drivers and riders, beyond champions like Peterhansel, Sainz, Gordon, Coma and Despres, the Dakar rally remains a romantic adventure for hundreds of privateers – for people like Robbo. These “no name” participants who depart early every morning and arrive very late every night to the bivouac (if they manage to arrive that is) are the essence of the Dakar rally philosophy. 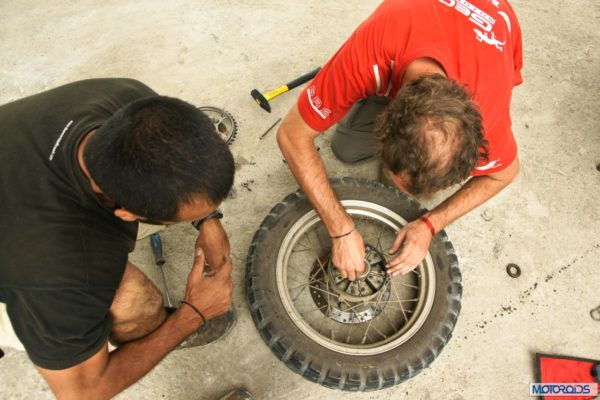 It is a league of dreamers and daredevils with respectable driving and surviving abilities.

All these people are those who preserve the Dakar legend, despite the rally was moved far from its original destination half a decade ago. Participants like this year’s No165 are those who keep alive Thierry Sabine’s spirit, the French adventurer and biker who had the idea to take some other crazy guys like him away from their Parisian lifestyle, get them into the Sahara sand and the Sahel gravel to reach Dakar. Thierry Sabine died in his own rally – when his survey helicopter crashed – but the Dakar rally was already the Olympic Games of rallies. 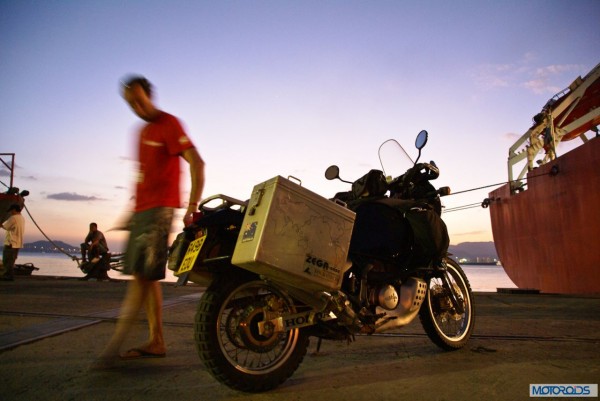 On the first day of the Dakar 2014, crews departed from Rosario, Argentina and will finish in Valparaiso, Chile on January 18. On their way, they will cover 9,000 km from the Argentine Pampa High on the Andes range and from the iconic Salar de Uyuni in Bolivia through the dry Atacama desert. You can follow the rally live on dakar.com. Behind the big stars, don’t forget to follow and support the other heroes at the back of the field, like the Australian No165.