There are custom builds which are so futuristic that they look extra-terrestrial. And then, there are builds which look so retro that they can make any motorcyclist’s eyes glisten with admiration. This custom Royal Enfield Continental GT 650 belongs to the latter category and has been named ‘Kamala’. Over the years, the stock bike has managed to carve a niche for itself globally and ‘Kamala’ goes on to show how passionate builders are when it comes to customizing a motorcycle.

‘Kamala’ is not a modified motorcycle because that would be an understatement. It is an artwork which is composed beautifully by Las Vegas-based customization shop named Sosa Metalworks. The customization garage is headed by Christian Sosa. One good look at ‘Kamala’ and you would know that professional hands are required to pull a job this gorgeous. 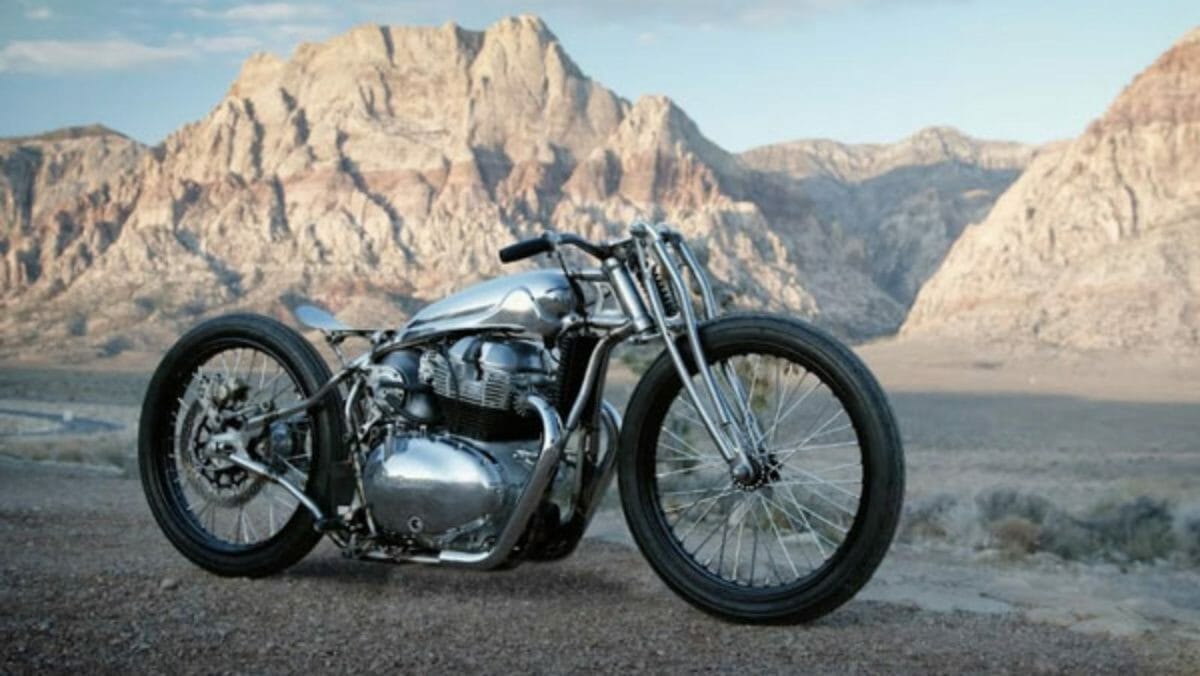 They have been fabricating metal for more than 2 decades and that reflects in this custom build. The only recognizable part from the stock GT 650 is the parallel-twin engine and everything else is carved with hands. The stock GT 650 is a café-racer but this looks nothing like the original and comes out as an impressive hardtail motorcycle.

What makes a motorcycle hardtail?

A hardtail motorcycle can be a rough ride. It has no rear suspension system incorporated in the rigid frame, although it does incorporate a telescopic or similar suspended front fork. Hardtail bikes feature frames made of simple construction and no movable parts. Although the hardtail weighs less and is faster than Softail, its overall handling is awkward. They are also less comfortable and virtually impossible to ride longer than an hour without rest. The motive is to provide the rider with a direct feeling of the road. 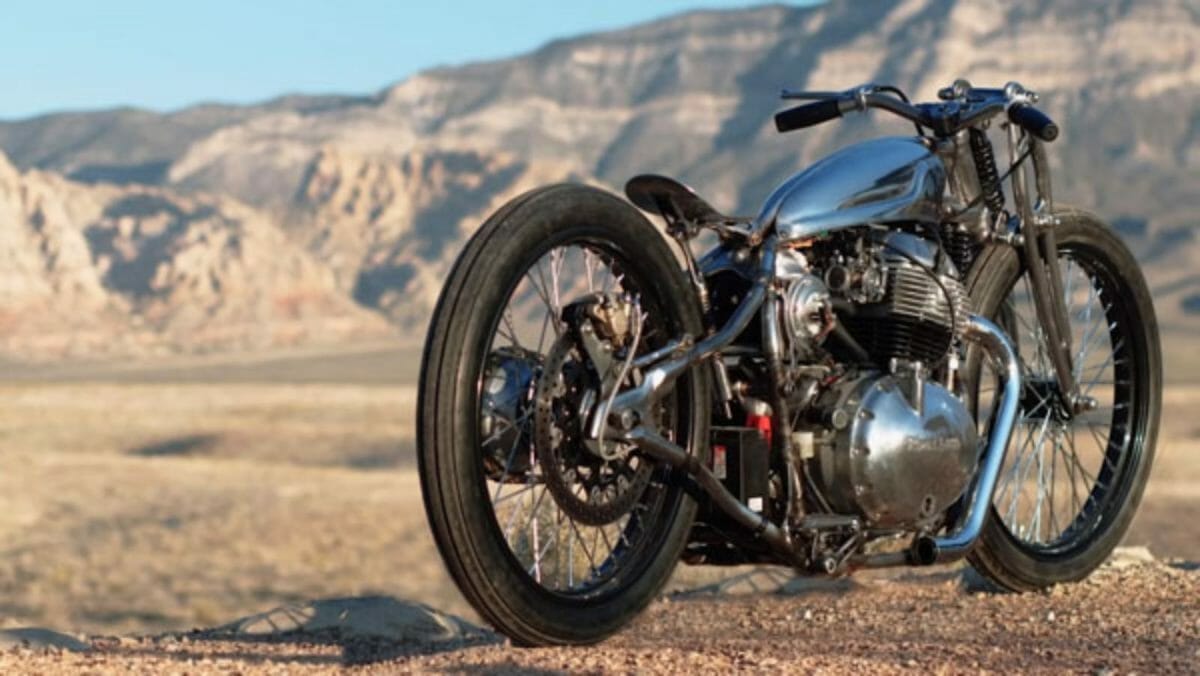 This custom GT 650 stands true to all the traits associated with hardtail motorcycles. It lacks rear suspension and all the absorption takes place at the front. Also, it doesn’t even have a braking setup at the front while Sosa Metalworks has swapped the rear disc brake with the front unit. They have also tried to keep the stock frame unchanged to keep it as close to the stock bike’s frame as possible.

The modified 650 GT features what look like chopped stock header pipes for the exhaust. A custom bolt-on fuel tank replaces the original and is finished in chrome which gels well with the rest of the motorcycle. While the stock GT 650 isn’t the most comfortable motorcycle, compared to this custom, it would feel no less than a Honda Goldwing. Because guess what? This hardtail GT 650 features a single-piece seat that has a metal surface for cushion. 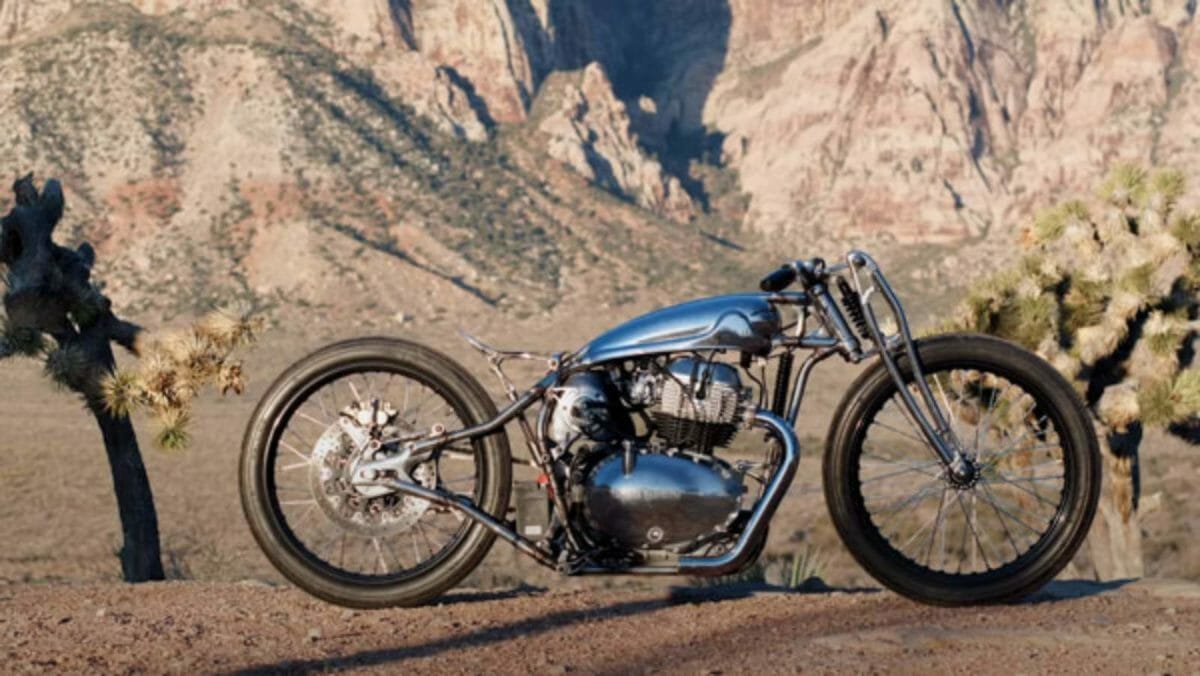 Another reason why it looks so minimalistic is because of the absence of headlamps, a tail light, and turn-signal indicators. In addition, it does not even feature an instrument cluster. It might be uncomfortable to ride but we have to admit, it is one of the most unique builds that we have ever come across that features the continental GT 650. As we said, it is not a custom build, it’s art.