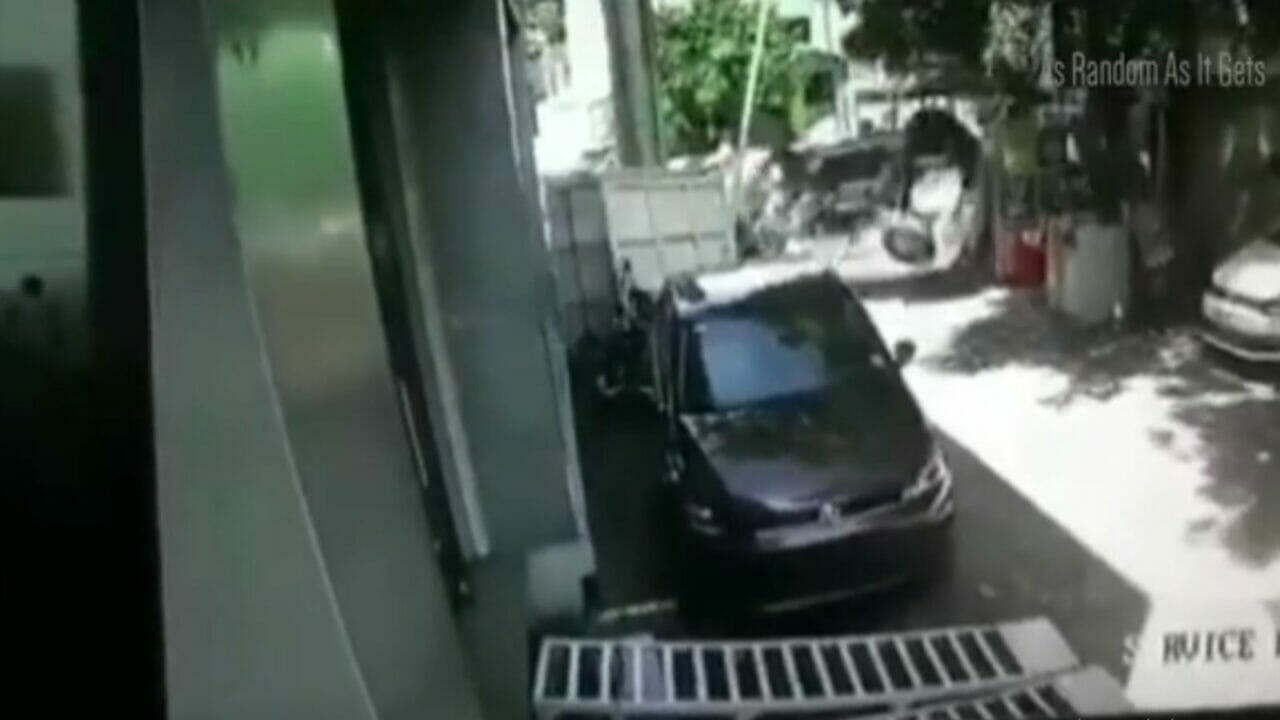 Taking a brand new car home from the dealership is a momentous occasion for anyone. Especially in a country like ours where owning a car is considered a privilege.

However, sometimes the ones who can afford to buy a new car, don’t even know how to drive. We can blame it on the joke of a system which grants us our driving licence as much as we want. But aren’t we the ones who are trying to procure one? And that too without developing the right skills, putting our own and others’ lives in danger! Thankfully, in this incident, the inexperienced driver of a brand new Volkswagen Polo crashed the car inside a compound, before he/she could take it out on public roads and harm other lives.

In the video, a person is seen taking delivery of a brand new VW Polo. The car had just been handed over to the owner, amidst some applause. Within moments, the car turns right, crashes into another parked car and then aims for the main gate, before landing on its roof. Would’ve made for a straight entry into the latest episode of ‘Seconds From Disaster’. Our guess is that the car was probably an automatic and the driver stepped on the gas instead of the brake pedal. But looking at those steering skills, it is evident that the person had zero knowledge about driving a car.

Precautions To Be Taken Before Taking The Delivery

To avoid such situations, before taking the delivery of the vehicle one must make sure that he/she is a fully competent and trained driver. And although it is quite improved now, there are still loopholes in our system and getting a driver’s licence without knowing how to drive is easy. But in the end, in the wrong hands, an automobile can turn into a killing machine if you have no idea of what you’re doing. And it’ll kill you first if you think it’s a washing machine which just spins at the push of a few buttons.