Millennials might not be aware of the name Tata Sierra for the simple reason that this vehicle was introduced in 1991 and was on sale until the Safari was introduced in the year 2000. For what it was, it was far ahead of its times in terms of design at least. A 3-door SUV, the Sierra offered a huge side glass for rear seat passengers to gawk at things outside. Oh, and unlike high heeled things which have become too popular these days, the Tata Sierra was offered with 4WD and self-locking rear differential and front hubs too! Okay, only for export markets, but at least it did.

The Sierra was powered by a Peugeot-sourced 2.0-litre diesel engine which cranked out 87 HP and was mated to a 5-speed gearbox. If you thought it was just the design which was ahead of its time, the Sierra offered power windows, an air conditioner, a factory-fitted stereo system and an adjustable steering wheel! At that time, these were luxuries only reserved for the select few. If you scavenge through YouTube, you might even find one of the best car commercials ever made for that time. If you’re lazy, just scroll down a little.

Coming to this customised example here, NYC customs has deleted the front bumper, fixed a massive bash plate and a bull bar, and smoked out the headlamps to fit LEDs which look like this Sierra was mauled by something. There’s a snorkel, the whole thing’s been draped in Jungle Green, and there’s an exoskeleton which will probably help that rear glass from breaking into pieces if this thing tips over. There’s a roof-mounted Cree bar and a spare tyre which looks way different than what this Sierra walks wearing. But the most interesting bit is the exhaust system, which is mounted sideways, Mercedes G 63 style. It behind the wheel though, whereas in the Merc, it is at the end of the wheelbase. 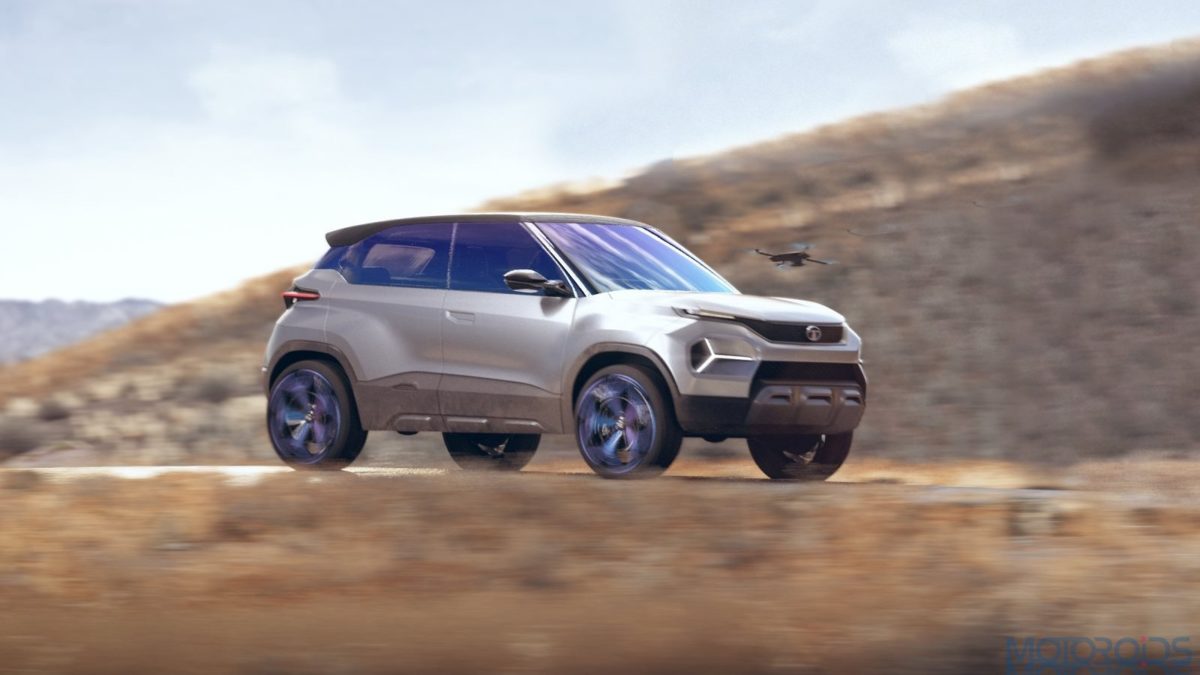 Tata Motors displayed the H2X concept at the Geneva Motor Show this year. In our opinion, if there’s something modern which could resuscitate the Sierra in the Indian car market, the H2X could do it in style. A production version is expected to be revealed at the Auto Expo 2020. Stay tuned and we’ll tell you all about it.