Home News BS6 Ducati Scramblers Are On Their Way

The second offering from Ducati with a BS6 compliant engine is on its way. Ducati previously launched the Panigale V2 in India which went on to become the first BS6 motorcycle from the Italian marque to go on sale in India. And now, Ducati has teased the launch of new Scramblers. The teaser image posted on its social media handles reveals the Scrambler’s headlamp, with the X-shaped motif that has become the identity of the Scrambler 800 and Scrambler 1100 range.

Given the fact that the Scrambler 800s are yet to get Euro5 certification, we are betting that Ducati India is readying the new Scrambler 1100 to go on sale soon. Chances are, Ducati might launch both the Scrambler 1100 Pro and Sport Pro variants to India. 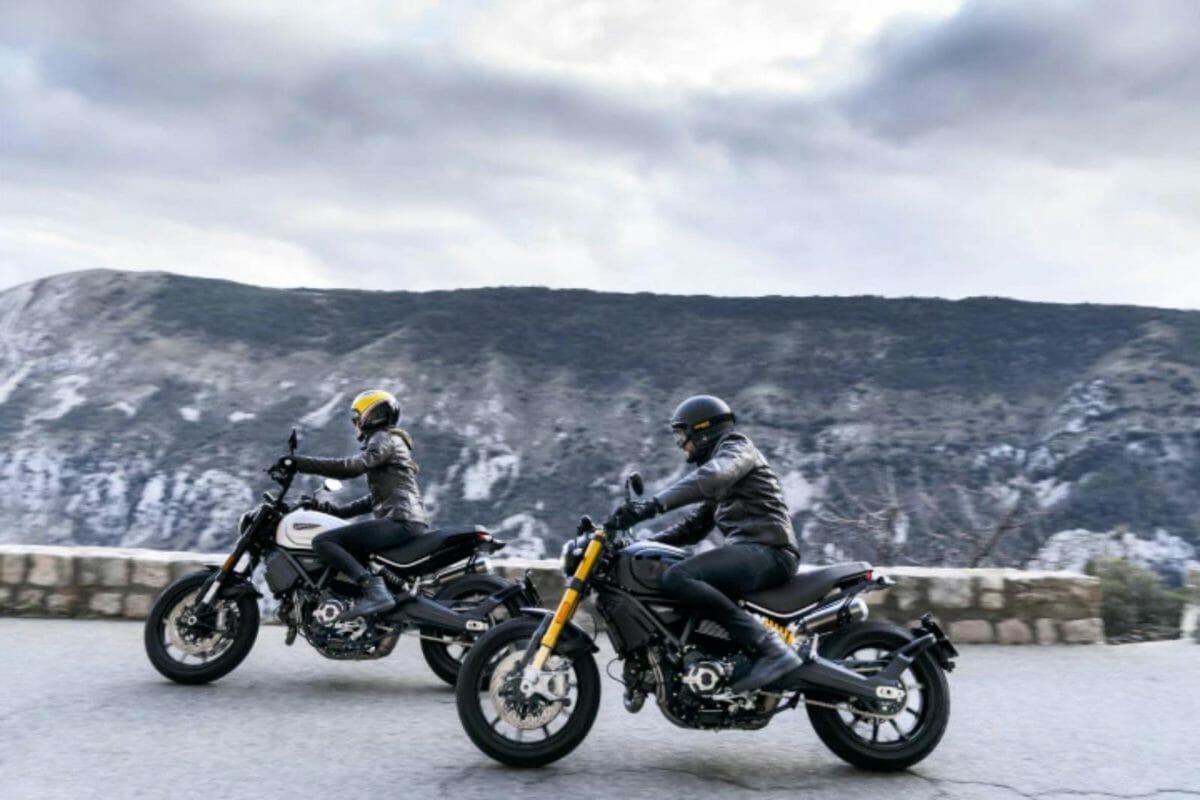 Both motorcycles are powered by a Euro5 compliant 1079cc, air-cooled, L-Twin engine which makes 86hp at 7,500rpm and 88Nm at 4,750rpm. That’s a performance drop of 1.1PS over the BS4 motor. The motor gets ride-by-wire with three riding modes: Active, Journey and City. Other electronic rider aids include four-stage traction control and cornering ABS. The new Scrambler Pros also get a revised exhaust system which also helps in meeting the emission norms. Besides a cleaner motor, the Scrambler 1100s get revised graphics, a new paint job, a new twin exhaust setup, an updated seat and tail section consisting of a shorter rear fender and lower number plate holder. The Ducati Scrambler 1100 Sport Pro stands out with a flatter handlebar with bar-end mirrors and Ohlins suspension. 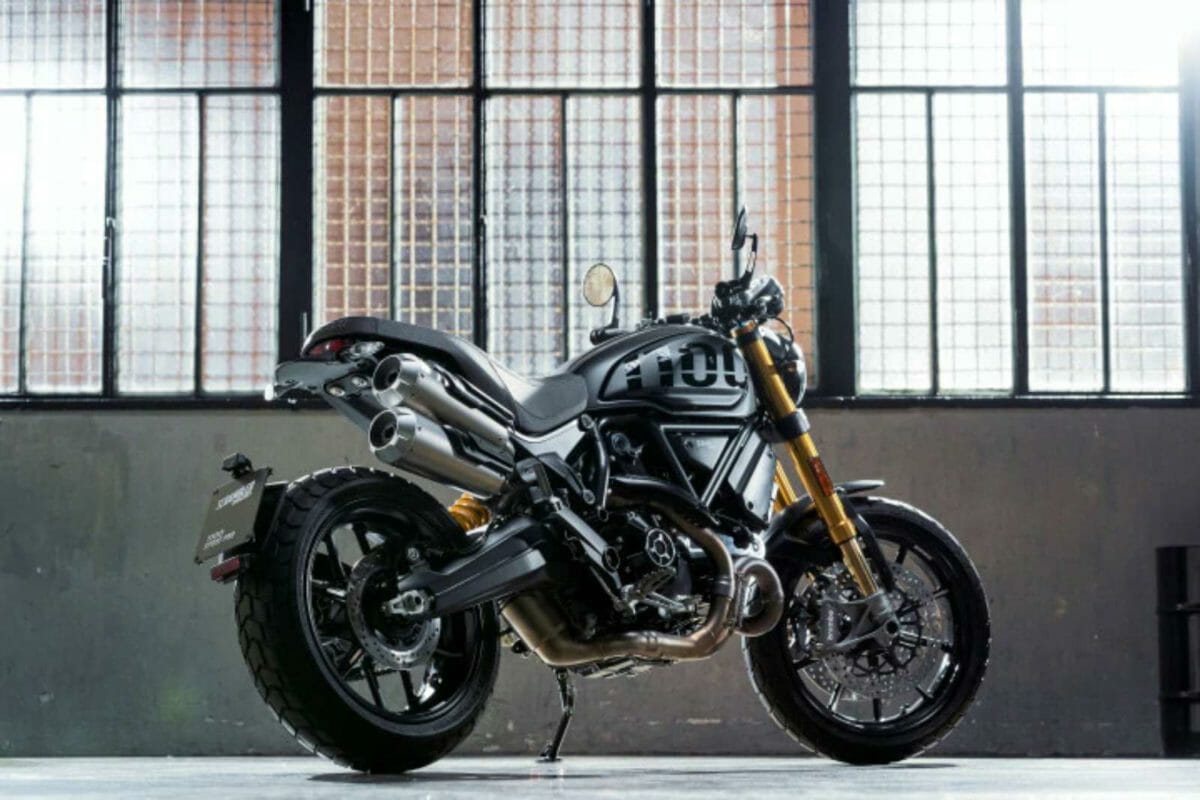 The Scrambler 1100 Pro will be the more affordable variant of the two and gets 45mm Marzocchi forks and a Kayaba monoshock while the premium Scrambler 1100 Sport Pro gets Ohlins suspension at both ends. Both motorcycles get Brembo brakes and Pirelli MT60 RS tyres specially developed for the Scrambler 1100. The Scrambler 1100 Sport Pro also gets lower handlebars, with cafe racer style bar-end mirrors. Another hallmark is the framed headlight; inspired by the protective adhesive tape used back in the ‘70s, a black metal “X” has been incorporated inside the headlight. The Ducati Scrambler 1100 Pro stands out for its new two-tone ‘Ocean Drive’ colour scheme, combined with a steel trellis frame and a rear aluminium subframe, both black. The aluminium covers are also black. The 1100 Sport Pro features a Matt Black colour scheme, complemented by side panels sporting a painted 1100 logo. 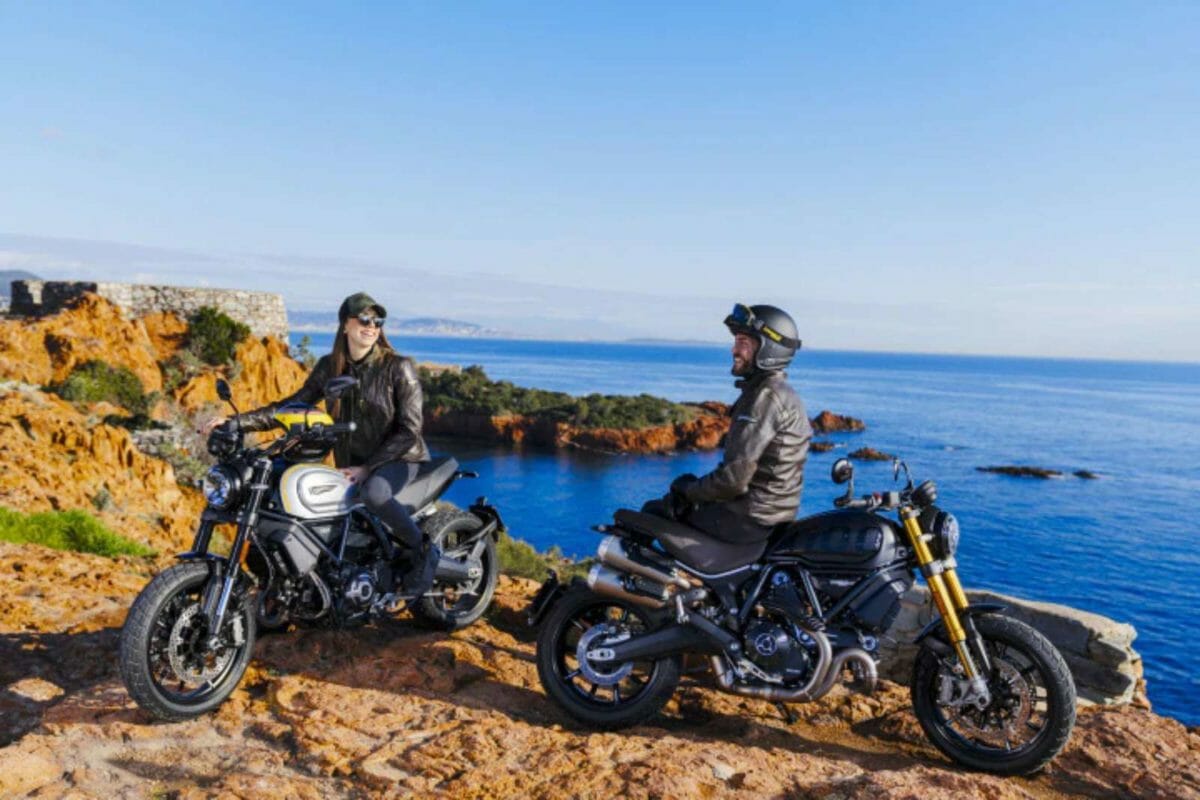 We expect the Scrambler 1100 Pro and Scrambler 1100 Sport Pro to be priced around INR 12 lakh and INR 13.5 lakh (ex-showroom) respectively. As we mentioned earlier, Ducati previously launched the Panigale V2 in India at INR 16.99 Lakh. The Ducati Panigale V2 draws its power from a 955 cc Super-quaddro L-twin engine which makes 155 bhp at 10,750 rpm and has a peak torque output of 104 Nm at 9,000 rpm. Couple it with a light-weight of just 153 kg and you have an explosive performer between your thighs. Comparatively, the 959 Panigale churned out 150 hp and 102 NM. The 959 Panigale weighed 176 kg so that gives the Panigale V2 a much better power-to-weight ratio.