A BMW X4 M Performance edition is currently undergoing development, and will be launched next year. It will be powered by a 3.0 Litre turbocharged six-cylinder petrol engine. 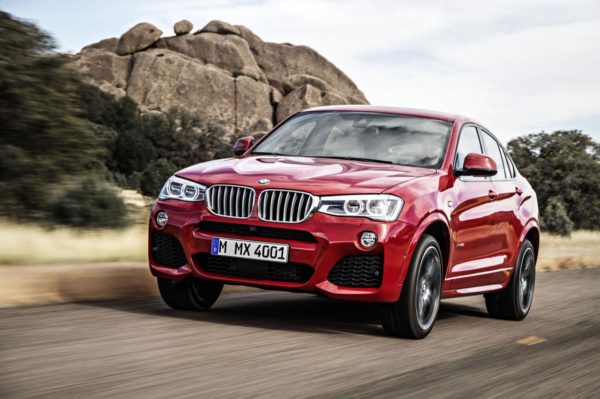 The BMW X4 is a compact crossover that went on sale recently in many international markets. It was first introduced as a concept vehicle in 2013 at Auto Shanghai 2013. It was formally unveiled at the New York International Auto show this year, and went on sales thereafter. Powered by a slew of turbocharged petrol and diesel-powered engines, the behemoth never felt low on power. All the models were equipped with 8-Speed Steptronic transmissions, with the base diesel variant of xDrive20d being offered a choice of a 6-Speed manual tranny.

The M-Performance badged version of the BMW X4 will boast of even more hustle. Whispers have been suggesting that the model will be powered by a 3.0 Liter turbocharged six-cylinder petrol engine. The powerplant will churn out a peppier output as compared to the standard X4 models. Estimates have pegged the output as somewhere between 355 bhp and 375 bhp. For reference, let us mention that the range-topping BMW xDrive35d features a 3.0 Liter turbocharged diesel engine, and has 309 bhp under the bonnet.

And hence, the so-called “BMW X4 M40i” will carry a significant price increase over the current range-topping model.

To differentiate it from the standard models, the BMW X4 M Performance edition will carry exterior changes as well. While the complete list of changes hasn’t been out for certain as of now, the source suggests a few. These will include a blackened-out trademark BMW Kidney engine grille. Twin exhausts at the rear will ensure that some heads do turn, and a seductive exhaust note is guaranteed. But will it beat the growl of fellow AMG? We have to test it to say it for sure.

A probable launch date for the BMW X4 M Performance Edition is sometime early next year.