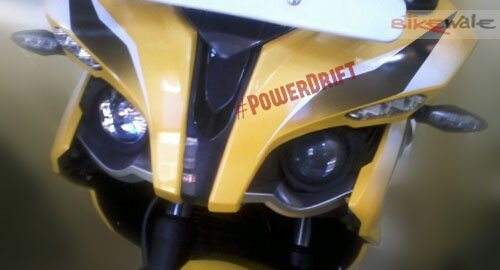 Late last night, soon after we posted some 2014 Yamaha FZ facelift spy images, what greeted us was an upcoming Bajaj Pulsar SS 200 image, which not just revealed the front fascia of the upcoming  Bajaj Pulsar model but also hinted at its imminent launch. The Bajaj Pulsar SS 200 image that we are talking about showed the bike sporting a front fairing mounted registration plate, which kind of indicates that the highly anticipated bike is in the last stage of development and could be launched anytime now. 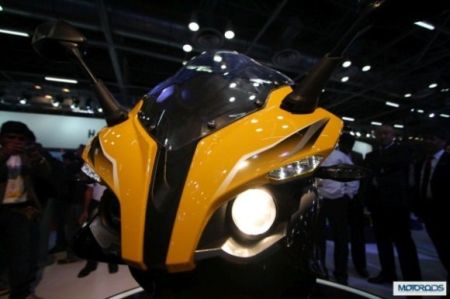 As can be seen in this new image, the front fascia of the SS 200 looks much like that of SS 400 Concept shown at the Expo. However, on closer inspection, we can observe a couple of really minor differences between the two and here is what we could spot-

Other than these two changes, and the presence of front registration plate, we can’t find any difference between the front ends of the bikes in these pics. Help us by pointing out more differences if you can!

The Bajaj Pulsar SS 200, which might go on sale anytime now, will be powered by the same engine that powers the Bajaj Pulsar 200NS. For the SS 200 though, this motor will benefit from a fuel injection system, which should bestow it with slightly better performance figures. We are expecting a 25PS max power output for the upcoming model. Spy pics that we’ve seen earlier have revealed that the bike would come factory fitted with ABS.

Stay tuned to Motoroids for more updates on the upcoming SS200.