Previously, Ather Energy launched the largest charging infrastructure network, AtherGrid, in Bangalore with as many as 30 charging points targeted to be installed by the end of May 2018. The charging infrastructure is aimed to cater to all electric vehicles, including the new Ather 340 Electric Scooters. But when are the new smart electric scooters arriving?

Ather Energy has officially announced that it will launch the new 340 smart electric scooter in India on June 5, 2018. In the first phase, these scooters will be only available in the city of Bengaluru. Bookings for the scooter, as reported earlier, are scheduled to begin in June 2018. 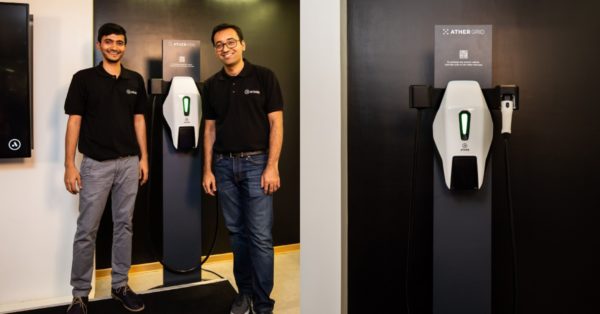 As reported earlier, the model has a range of 60 km at a top speed of 72 kmph. The maximum torque stands at 14 Nm. The lithium ion battery claims to charge till 80% in less than 50 minutes and has a life of approximately 50,000 kms. Other features include a touchscreen dashboard (integrated with the company’s cloud database), two riding modes (sport and economy) and a smart LED headlamp. Suspension duties are taken care of by twin telescopic forks upfront while the rear uses a monoshock suspension.

We’ll keep you posted with more details from the launch event on June 5, 2018 so don’t forget to tune into Motoroids for all the latest updates.