Home News Arjun Rampal Wades Through Mumbai’s Flooded Streets In An Alto, Or Does He?

Bollywood celebrity, Arjun Rampal is known to own a number of luxury car including the likes of the Porsche Cayenne and the Land Rover Range Rover. However, when the rain Gods drowned Mumbai two days ago, the actor posted a video, on Instagram, of him travelling on a waterlogged road where a red Mercedes Benz CLA was stationary with the Hazard lights switched on, while his car waded through the water. His caption read, “Only Indian cars survive in this weather. Be safe. Drive Indian.” One person commented on this post, “What rubbish bro so you also stop using Range Rover and buy a Maruti alto @rampal72″ to which the celebrity replied, “Took the video from my Alto.”

Only Indian cars survive in this weather. Be safe. Drive Indian.

While the celebrity may indeed own an Alto, a closer look at the video reveals that the car he is travelling in is, in fact, not an Alto. That could probably explain why the celebrity has now deleted his replied to that particular comment. However, the deleted comment received more than 4,000 likes. While many others laughed it off, there also were some car geeks who mentioned that the car Arjun Rampal is travelling in, is anything but an Alto. 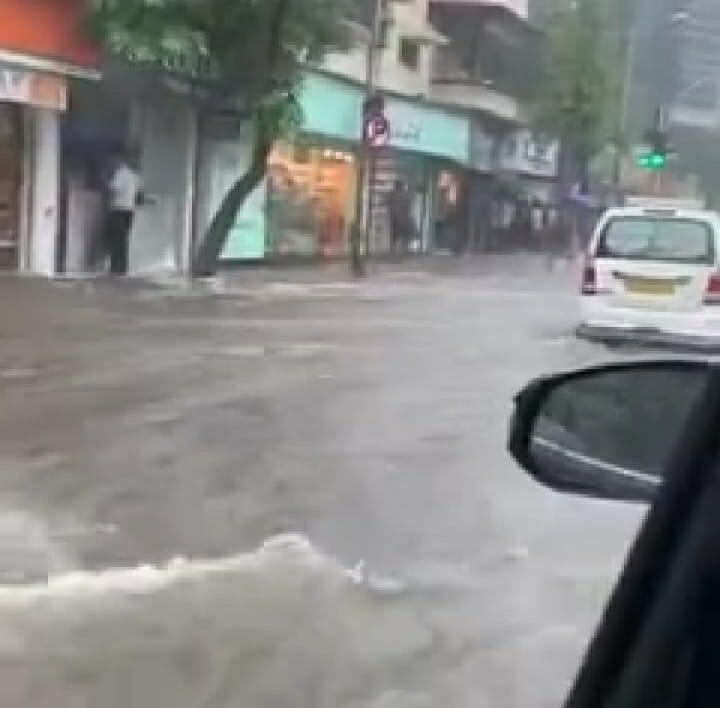 From a technical perspective, Indian cars are able to tackle our street better as they have been engineered and built considering these factors. In order to keep the engine safe during waterlogging, Indian cars generally have a higher air intake. This would prevent water from entering the engine, which could have a huge impact on the engine. However, in case, you feel like the water level is quite high, you should immediately switch the engine off and not crank the engine until the water recedes back. Just like the owner of that particular Mercedes seems to have done to prevent a hydrostatic lock from happening.