It’s no secret, the automobile industry in India is indeed going through a rough phase. As an impact of sluggish sales, the largest car manufacturer in the country, Maruti Suzuki will observe no production days in their Gurugram and Manesar plants on the 7th and 9th of this month. Both these plants, have a combined production capacity of 15.5 Lakhs per annum, however, both these plants are currently not working at their full capacity due to the sluggish sales in the market. The automotive giant also brought in a 10% cut in production of vehicles in the month of April. Despite that, dealers all over the country have a large number of vehicles stocked and unable to find new homes.

The automobile industry witnessed a 17% drop in sales in the month of April, the worst sales drop seen by the industry in a time period of eight years. Having the largest market share in the market, the company has been the worst affected one because of this sluggish time period. However, the company hopes to see improvement in sales, having launched a number of new products this year, including the new generation Ertiga, the new generation WagonR and the brand new XL6. Furthermore, the company will also be launching yet another new product, the S-Presso compact SUV, which is rumoured to be launched this festive season. 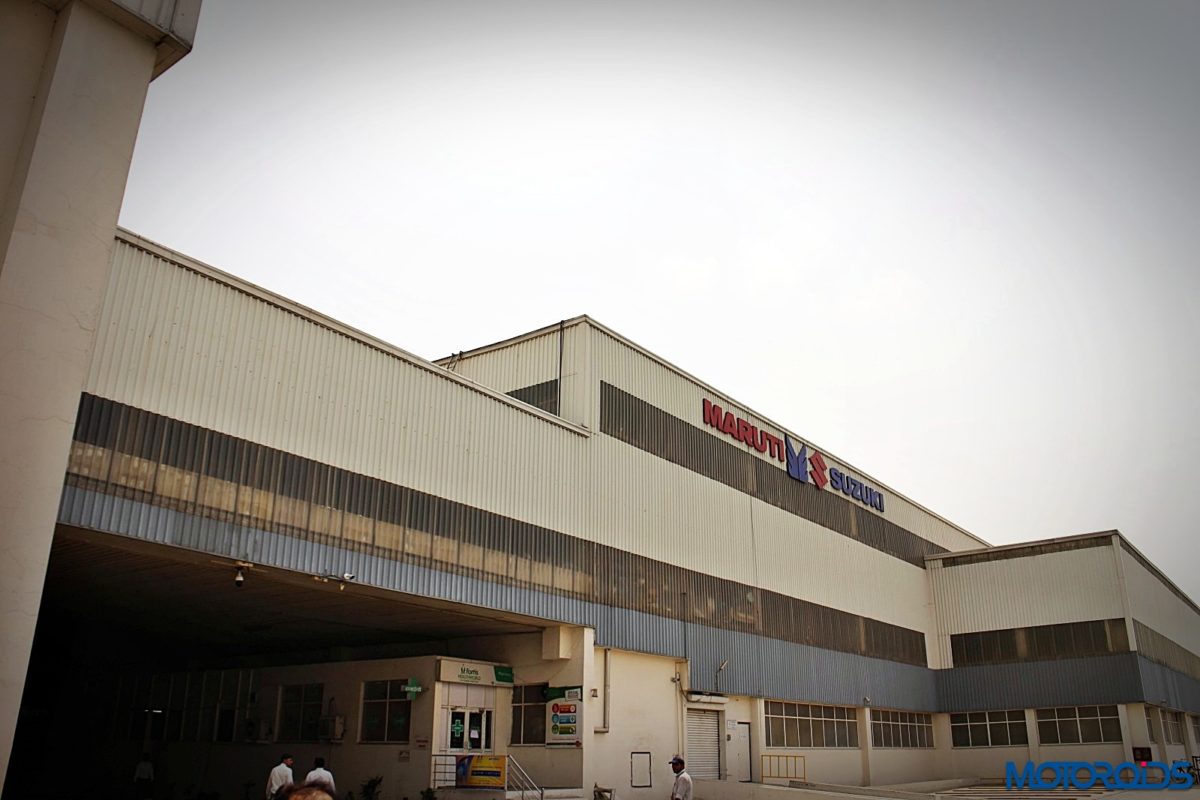 To tell you more about the S-Presso, going by the spy shots of the car we have seen before, the car does look like a proper SUV. The front end stands upright, and the car gets will come with almost non-existant overhang in the front. The side indicators will be fender-mounted, instead of the mirror mounted units seen in cars these days. Old school type door handles are also seen on the side of the car, which are barely seen in new cars these days. The test mule which we had reported about had steel wheels on, but going by the huge gap seen in the wheel arch, decent sized alloy wheels with the car can be expected to be seen in the top-end trim levels. The rear of the car also stand upright and looks rather simple and a bulb-lit tail light assembly can be seen. Keep looking at this space for more news on the S-Presso and the Maruti Brand.