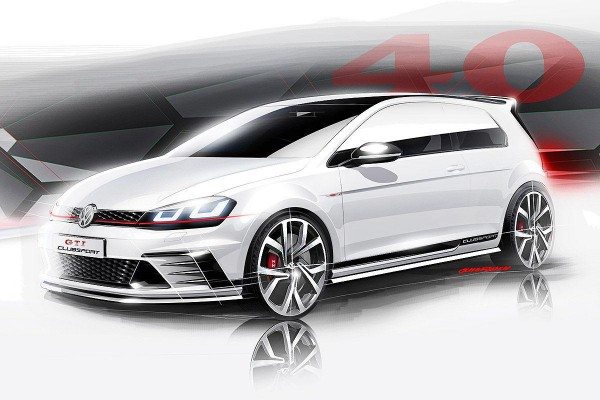 The Volkswagen Golf GTi is perhaps one of the most touted hot hatchbacks on the planet. VW gave the standard Golf GTi 217bhp from a 2.0-litre 4-cylinder, turbocharged petrol engine and also 350 Nm of twist. On request, the carmaker will chuck in a ‘Performance Pack’ which will take the power up to 227bhp. However, Volkswagen have now released official sketches of an all-new Golf that will make it to production in 2016.

The new car is called the Golf GTi Clubsport and will come with the same basic 2.0-litre turbo petrol engine, but in this car, it will pump out 261bhp. That’s not it, for a short amount of time, a ‘Boost’ function will take the power to 287bhp! All this power will be tamed by an intelligent front differential and sent to the front wheels via a 6-speed dual-clutch transmission. 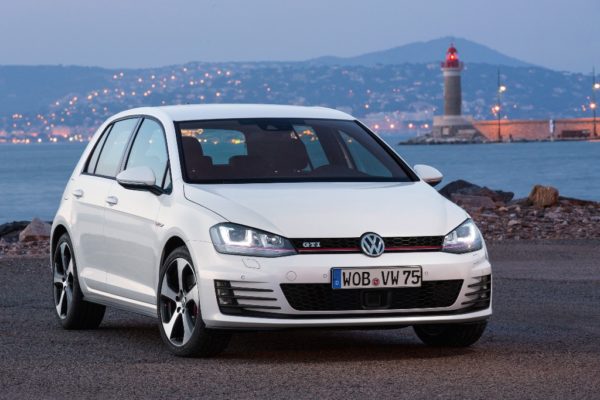 The standard Golf GTi is now in its 7th generation avatar.

The Clubsport will be slotted between the standard GTi and the totally bonkers 4-wheel drive Golf R. Volkswagen is to remove the wraps off this near production-ready Golf at the 2015 Wörthersee festival in Austria, next week. Unlike the Golf R, though, the Clubsport will send all of its power to the front wheels. To make the power felt in visual presence, Volkswagen has given the Clubsport larger, heavily revised bumpers at both the ends. It also gets reworked front air intakes, redesigned roof spoiler, more purposeful rear diffuser for better downforce and massive 19-inch rims. That said, the production car will sport slightly less obnoxious 18-inch alloys. 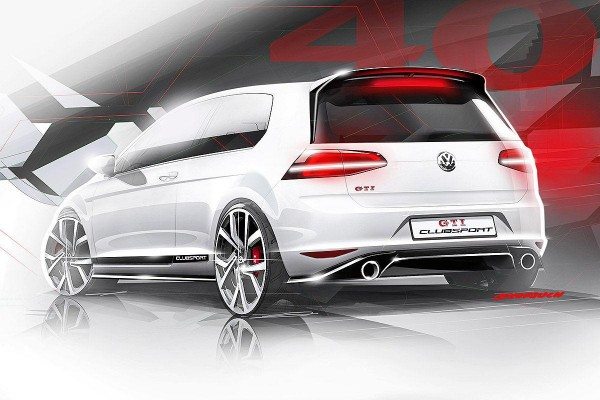 The GTi Clubsport will feature a front differential and a 6-speed DSG transmission.

Apart from the oodles of power and thus, its performance, there is one other factor differentiating the Golf GTi Clubsport from its standard sibling. That is the fact that this car, will only be made in limited numbers. This car is also quite special for Volkswagen, as it is a 40th-anniversary (of the GTi) gift for VW by VW. The Golf GTi Clubsport is expected to be priced at around €34,000 or appx. INR 24.3 lakh. More details about this Volkswagen will emerge in time. Meanwhile, let us know what you think about the GTi Clubsport.