Update: New spy images shared by Saubhagya Vasdev reveal the i20 facelift in a shade of blue as well as a new dual tone shade of orange and black. 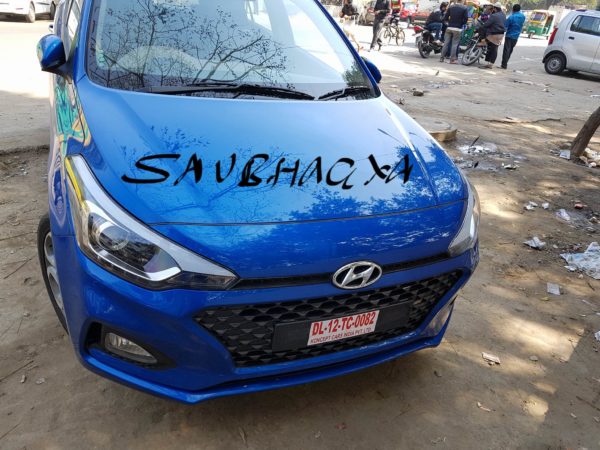 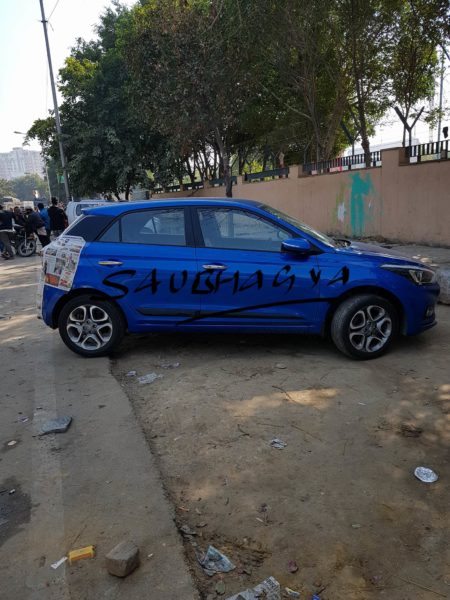 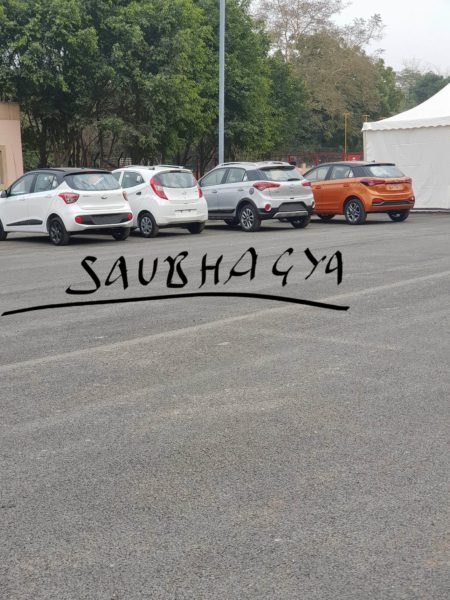 Ahead of its launch that is scheduled to take place next week at the 2018 Auto Expo, images of the Hyundai Elite i20 facelift have been leaked, revealing the changes to the interior and the exterior of the premium hatchback. The model was spotted completely undisguised at a dealer yard. 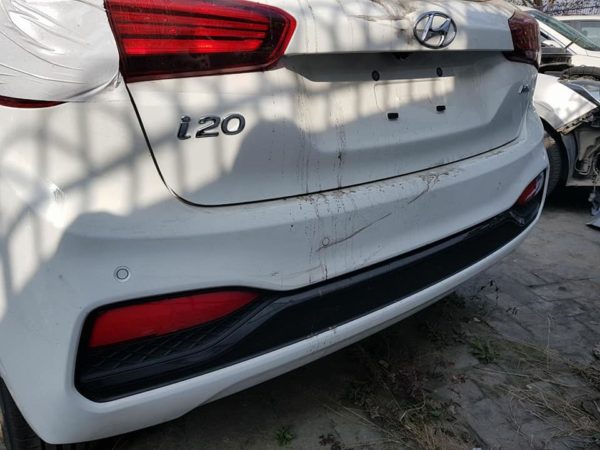 Changes to the exterior of the 2018 Hyundai Elite i20 facelift come in the form of a new front bumper with the brand’s signature ‘cascading grille’ design and redesigned fog lamp cluster. On either side, the only change to the model is the new alloy wheels while the posterior features a host of updates including a new bumper with a large plastic insert and reflectors on either side, new LED tail lights and the number plate recess which has been repositioned from the bumper to the boot-lid.

Inside, the upcoming Hyundai Elite i20 facelift will come equipped with a larger (probably 7 inch) touchscreen infotainment system with Apple CarPlay and Android Auto, redesigned centre console which now features the hazard light and central locking switch flanked by HVAC vents with silver surrounds on either side. 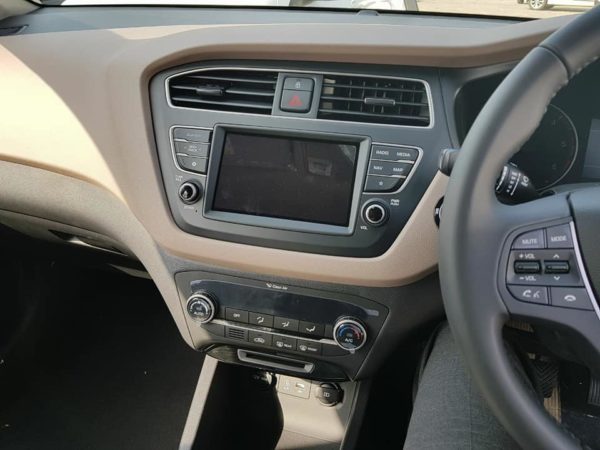 It is said that the new Hyundai elite i20 facelift will continue to be offered with the same 1.2-litre petrol engine and 1.4-litre diesel engine. Reports suggest that Hyundai could replace the 1.4-litre diesel engine mated to the four speed automatic unit with a 1.2-litre engine mated to a CVT. Expect no other changes to the engine and transmission options. Hyundai India will reveal more details when the 2018 Elite i20 facelift is launched next week at the Auto Expo 2018. Stay tuned for updates.