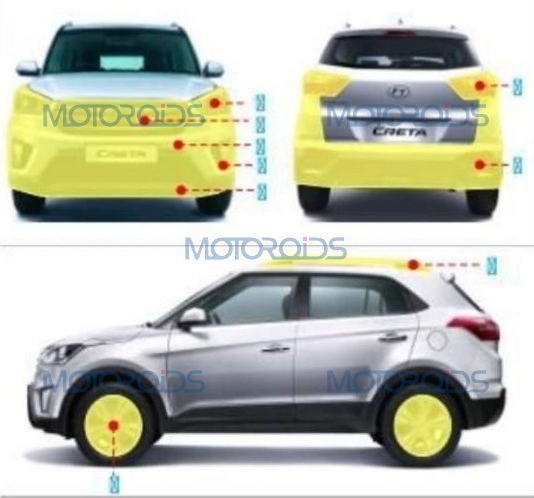 The new set of spy images confirm all the data leaked in the aforementioned document about the visual upgrade to the new 2018 Hyundai Creta. The units of the new Creta facelift at Hyundai dealerships reveal the new fascia of compact SUV which now features updated headlight design, front fog lamp housing, a new radiator grille, a revised front bumper, and a new skid plate. Apart from the fog lamps, the new Creta will also get DRL/positioning lights. At the rear, the new compact SUV will feature a redesigned tail light design and a new bumper with updated reflectors. 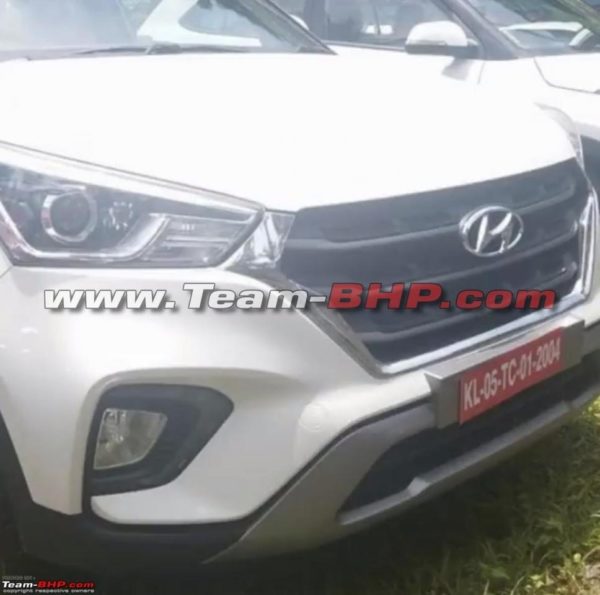 While the photographs of the interior are not available, it’ll be safe to assume that it will feature all the upgrades that were suggested in the leaked document. Thus, expect the new 2018 Creta to come equipped with new seat fabric, bright metallic paint for the air-conditioning vents and a soft paint for crashpad centre. Moreover, the dual tone colour options will feature a new orange colour for the interiors. 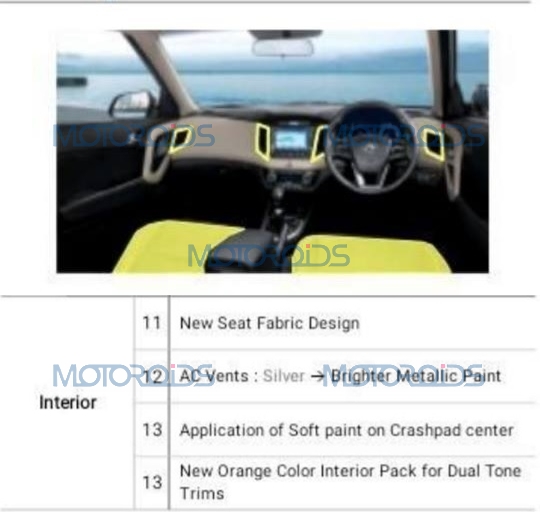 Previous reports indicated that the new 2018 Hyundai Creta will be available in six variants including E, E+, S, SX, SX(Dual Tone) and SX (O); and will feature seven colour options. The list of colour options includes:

The dual tone variants will be available in a combination of: 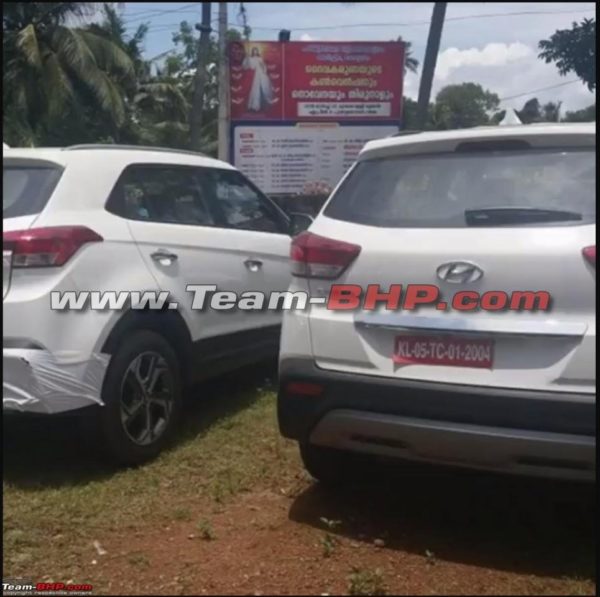 As aforementioned, with the new Creta starting to arrive at the dealerships, it’s only a matter of time before we hear an official announcement about the India launch of the upcoming compact SUV. Stay tuned!