Recently, Ford extended its range of products by introducing two new variants of the EcoSport. You can read more about it through our exhaustive review.

Meanwhile, a test mule of the upcoming Ford Figo Aspire Facelift was spotted during the pre-launch test runs with absolutely no camouflage. The test mule reveals the rear of the upcoming version of the sedan which will feature a revised bumper and changes to the tail light and the boot door. 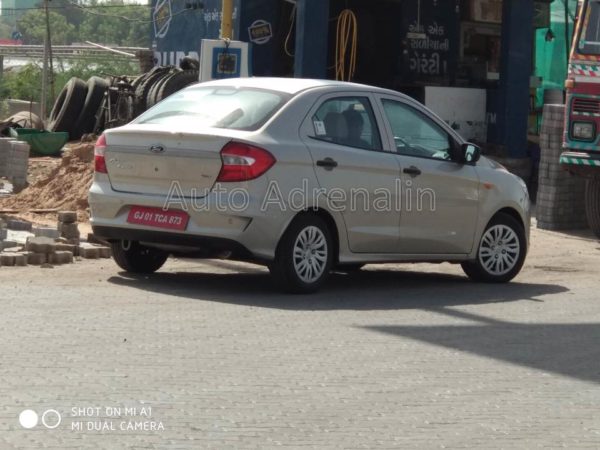 The Ford Figo Aspire Facelift will compete against the likes of the Maruti Suzuki Swift Dzire in the Indian market. As seen in the previous spy images, the new Figo Aspire Facelift will feature a revised fascia with new bumpers, grille and headlight design. Interiors are expected to feature manual controls for the aircon and a floating infotainment display which made its debut with the facelifted Ecosport. The infotainment system will also get Android Auto and Apple CarPlay compatibility.

Mechanical specifications may see Ford’s new 1.2-litre, 3-cylinder Dragon series petrol engine which will most likely be tuned to deliver 90 bhp of power and 115 Nm of peak torque. Diesel-powered variants will be pushed by Ford’s refined 1.5-litre motor which remains good for a 100bhp. Both engines will be paired with a 5-speed manual gearbox. 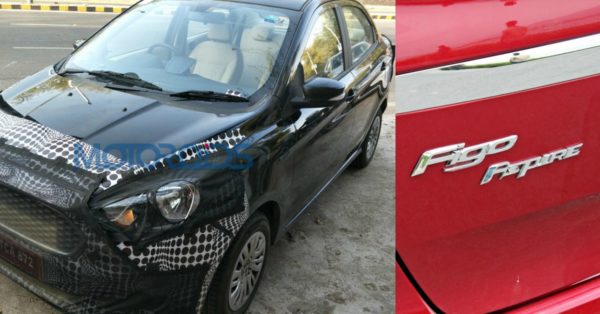 We’re yet to hear an official announcement about the India launch of the new 2018 Ford Figo Aspire Facelift. However, looking at the spy images of the production ready model, it is not likely to be very far and we expect to hear more details in the coming weeks.