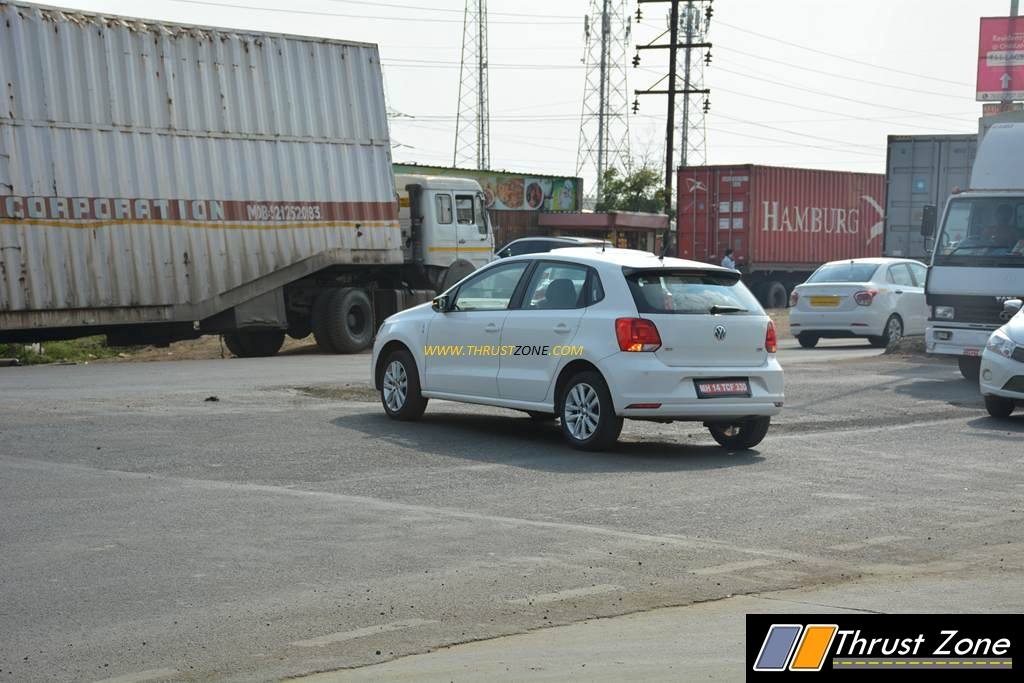 Volkswagen has been launching new variants of a number of models from its Indian product portfolio. The German automobile maker recently launched the Vento Preferred edition, prior to which the Polo GTI, dubbed as a ‘hot hatch’ made its debut in the country. Now, the company seems to be readying yet another variant for an upcoming launch.

Spy images that have made their way to the web reveal an upcoming variant of the Polo hatchback. Although there is no camouflage on the model, the red coloured registration plates suggest that the Volkswagen is indeed working on a new model. Seen in the spy images is a white coloured Polo sporting the ‘TDI’ badge apart from the ‘GT’ badge suggesting that the company is working on getting the updated 1.5-litre diesel engine to the hatchback. This engine is the very same 1.5-litre TDI diesel mill that made its debut on the Ameo compact sedan following which it was introduced on the Vento and the Skoda Rapid.

Featuring a larger turbocharger, the motor receives a boost in the power output that is now rated at 108 bhp while the peak torque stands at 250 Nm. This powertrain will come mated to a five speed manual transmission. Although there is no official announcement from Volkswagen India regarding the launch, reports suggest that the model will be launched early in 2017.