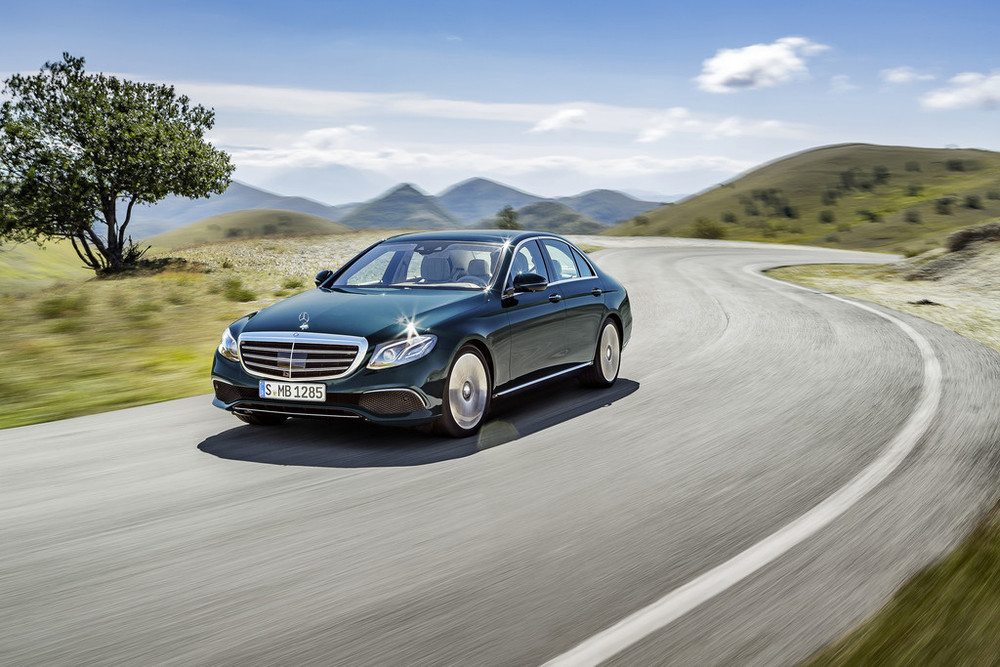 The 2017 Mercedes Benz E-Class has been completely revealed just days ahead of its official world debut at the NAIAS Motor Show (Detroit Auto Show) on January 11th. The interiors of this upcoming model from the German automobile manufacturer were earlier revealed and now images of the exterior have surfaced online. The new E-Class is expected to come in six body styles, including the Maybach version. 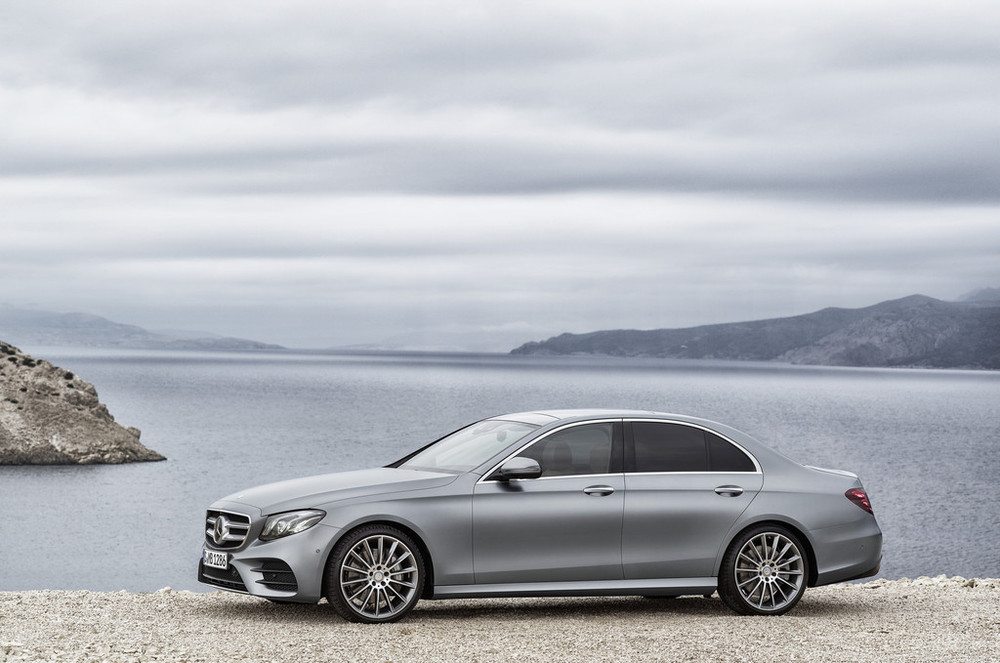 Codenamed W213, the fifth generation E-Class takes some cues from its siblings, the C-Class as well as the S-Class which can be seen across the car. Talking about the headlights, the C shaped DRLs make way for dual boomerang shaped DRLs that are inspired from the S-Class while the tail lamps are now more rounded and smaller, and have taken inspiration from the C-Class. These 84 LEDs in the headlamps can be illuminated in both white and blue. The swiveling multi-beam headlamps help alter the path of the car’s high beam so that it does not affect oncoming traffic. This would mean that the headlights could be kept on high beam without allegedly directly affecting the car from the opposite side, irrespective of the climatic or road conditions. The shape of the car seems to be more rounded than its predecessor that had a slightly boxy shape. The new shape, hence lends the car a more rounded but sporty appeal. 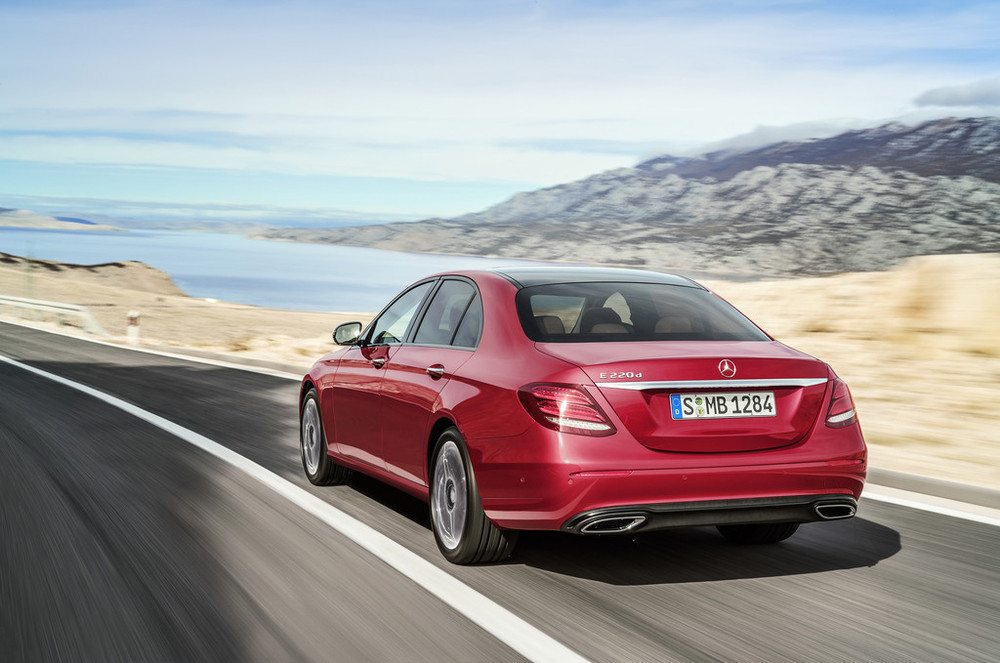 Power-train options on the upcoming E-Class would include a 2.0 litre turbocharged petrol engine and a freshly developed 2.0 litre turbo diesel engine. A turbocharged four cylinder and six cylinder engine would be added later in its life-cycle apart from a plug-in hybrid combined to a 2.0 litre engine with an electric motor. An AMG variant for the E-Class would reportedly come sometime in 2016 with a revised 4.0 litre twin turbo V8 engine producing 600 hp of power. These engines will be mated to either the 6-speed manual transmission or the 9-speed 9G-TRONIC automatic transmissions while the AMG model will continue to use the 7 speed AMG speedshift gearbox. 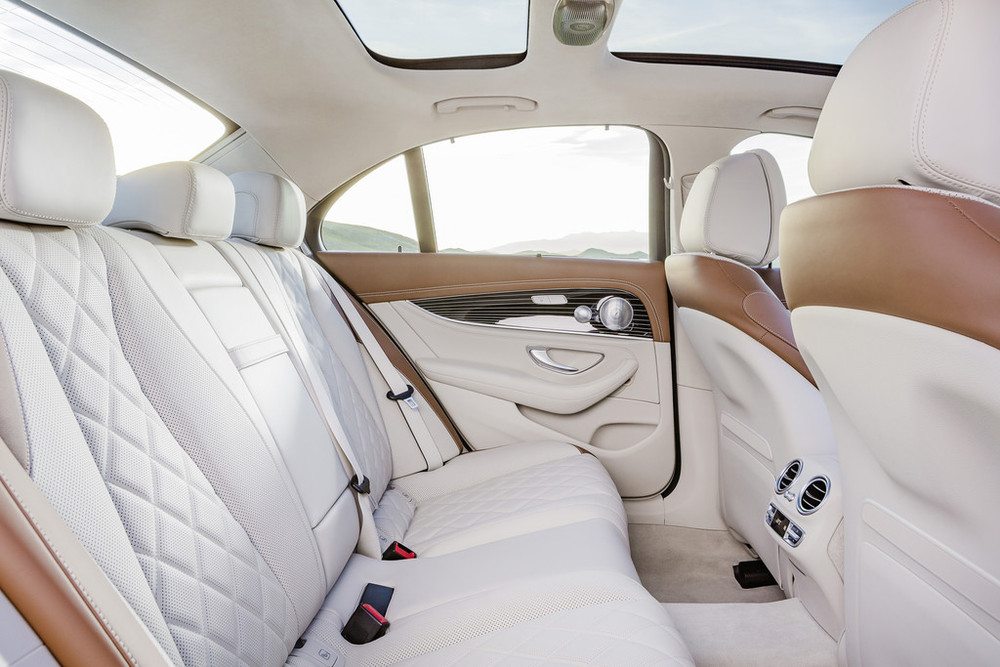 Coming to the interiors, the 2017 E-Class features a fully digital instrument panel and the newest grade of the Mercedes COMAND infotainment system. The fingertip controller or touch pads as they are called seem to look more convenient than the conventional buttons on the steering wheel as well as on the centre console. The upcoming E-Class is based on the MRA platform that is shared with the current generation of the C-Class as well as the S-Class. The dimensions of the upcoming E-Class have not been revealed although reports suggest that the wheelbase could increase by 65 mm while the overall length of the car could increase by 43 mm compared to its predecessor. The restyled body of the 2017 E-Class brings down the drag co-efficient to 0.23. 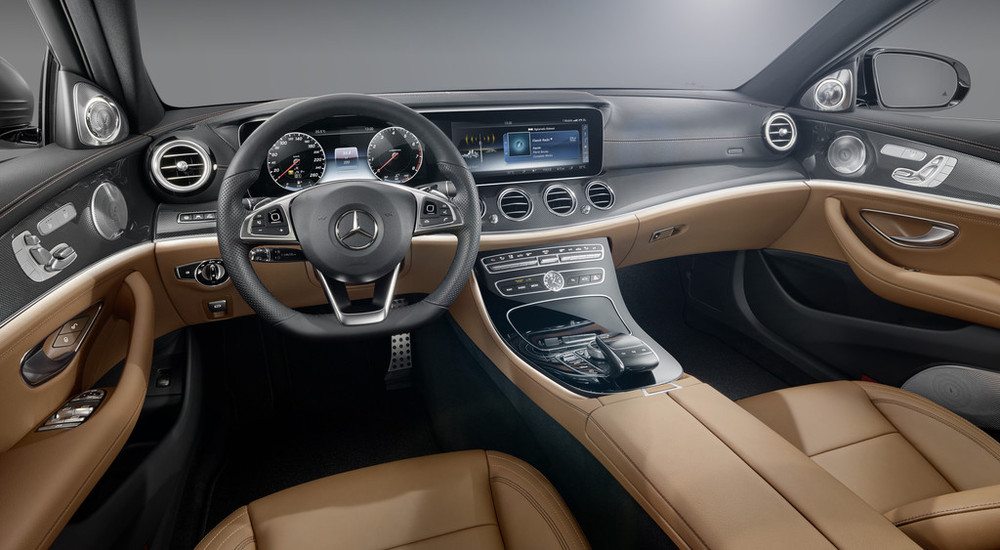 We expect Mercedes Benz to launch the new E-Class in India sometime in the end of 2016. The initial units will come to India through the CBU route while local manufacturing will start at Mercedes Pune plant sometime later.

Here is the official teaser for the 2017 Mercedes Benz  E-Class, followed by an exhaustive image gallery detailing both the exterior and interior of the new mid-size sedan from M-B: