The new 2017 Ford Ecosport facelift India launch is around the corner and we’ve already seen images of the upcoming compact SUV through several spy images. What we also know is the fact that the 2017 Ford EcoSport Facelift will also get an all-new 1.5-litre Ti-VCT, three-cylinder petrol engine which is being made at Ford India’s engine factory at Sanand, Gujarat. The new 1.5-litre Ti-VCT petrol engine is claimed to produce 123 PS of maximum power and 150 Nm of peak torque. We recently came across new spy images which revealed the interiors of the India-spec EcoSport Facelift. Other engine options include 1.0 L EcoBoost Turbo Petrol and 1.5 L TDCi Diesel. 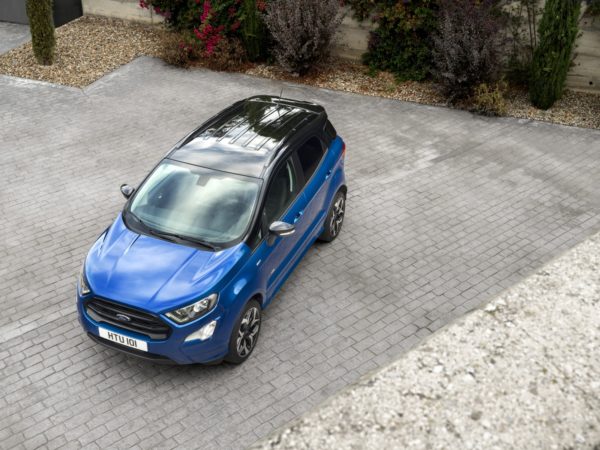 In latest news, motoring portal TeamBHP has published the variant-wise details of the EcoSport Facelift which reveals that the upcoming model will be available in Ambiente, Trend, Trend+, Titanium and Titanium+ options. 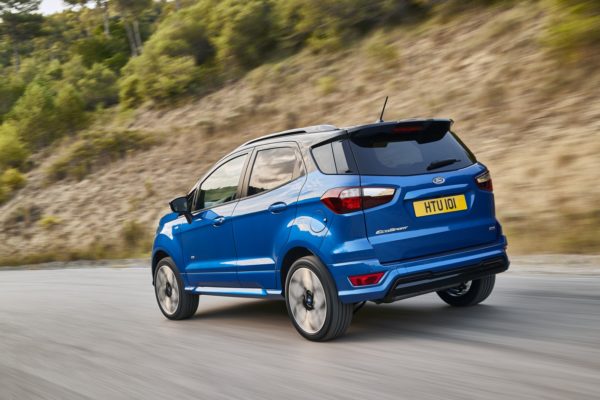 Safety net standard across the 2017 Ford EcoSport Facelift variants include: 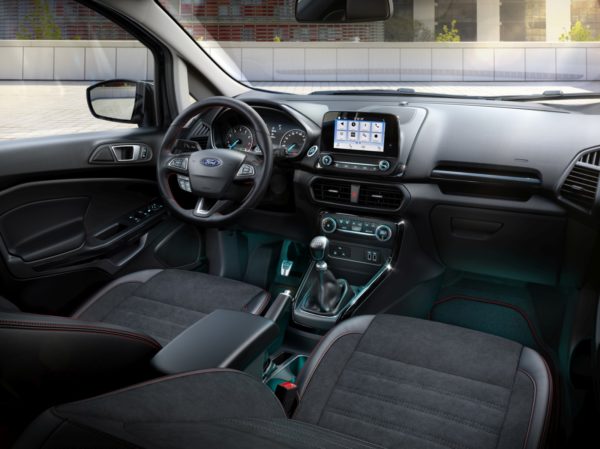 Check out the complete variant-wise detail list of the 2017 Ford EcoSport Facelift in the image below (click to expand): 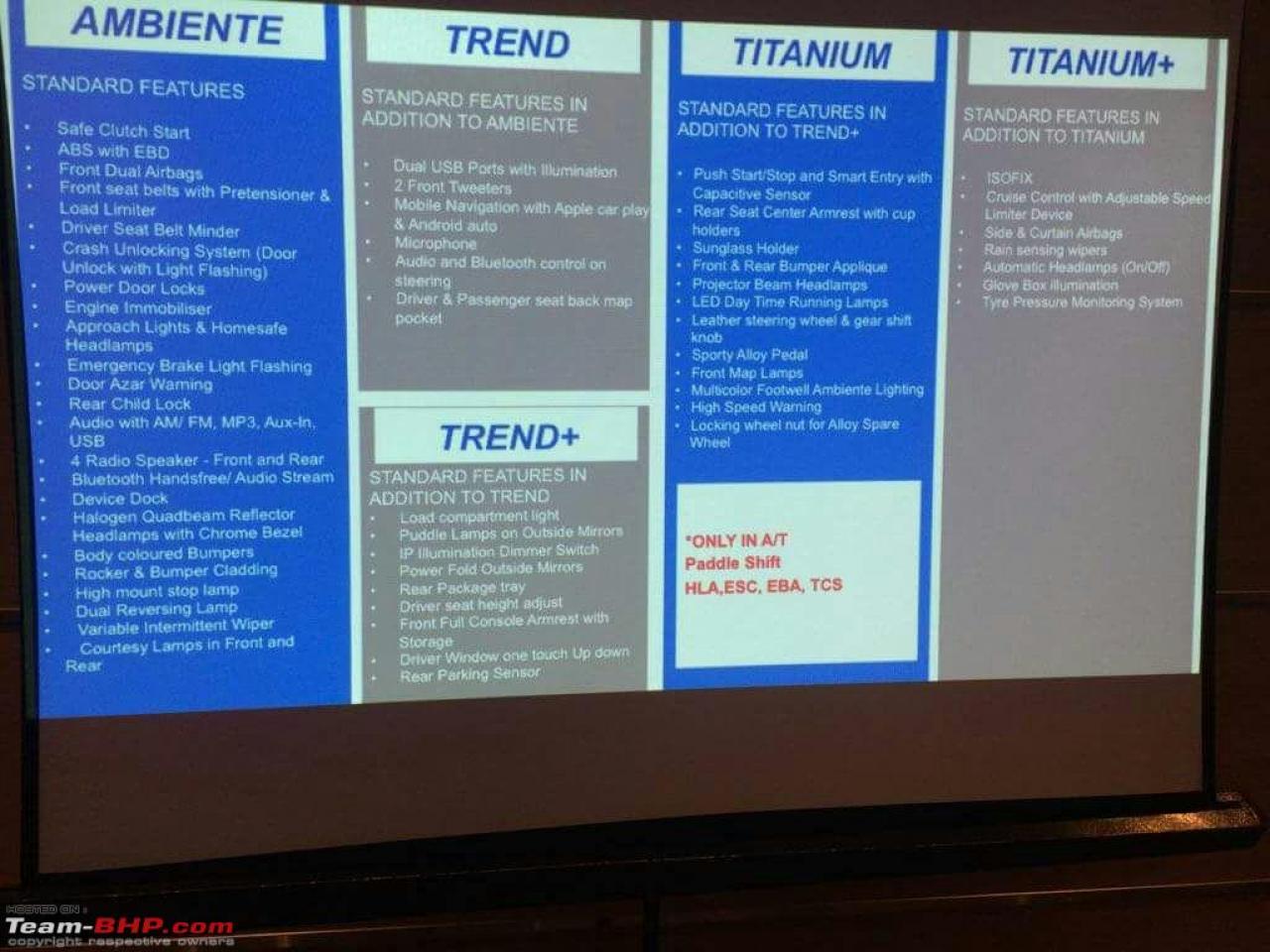 The new 2017 Ford Ecosport will be launched in India on November 9, 2017. The prices of the new Ecosport facelift are expected to range from INR 7 lakh to INR 11 lakh ex-showroom.