Piyush Goyal, Minister of Railways and Coal, has announced that Mumbai’s first air-conditioned local train will undertake its maiden journey on January 1, 2018. Brought to Mumbai from the Integral Coach Factory located in Chennai, the AC local has cost the railways about INR 50 crore.

Minister of Railways & Coal @PiyushGoyal: AC Local train in Mumbai has been tested successfully,it shall be introduced from 1st January,2018 pic.twitter.com/Zwz2ZmsJgz

The 12 coach rake has a capacity of 6000 passengers of which 1028 people will be the seating capacity and 4926 people can travel standing. Similar to the design of the Metro, passengers will be able to walk from one coach to another up to six coaches. There will be two sets of such six interconnected bogies.

While the railways has not revealed the prices of the AC train tickets, reports suggest that the fare could be 1.5 times higher than that of the first class ticket currently charged in the non-AC locals. The railways is said to be working on the timetable and the fare structure of the new AC local. 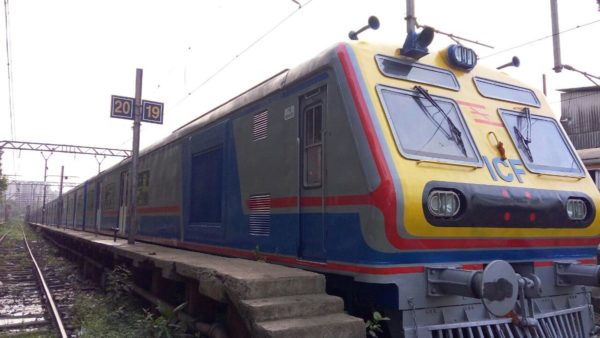 The first air-conditioned local will run on the Western Line which will be eventually followed by nine more such rakes. These rakes will be used on both, the Central Line as well as the Western Line. Both these lines, considered the lifeline of Mumbai, currently carry about 65-75 lakh passengers per day, with the Central Line accounting for more than 50% of the traffic.