Slated for an official launch next month, the facelifted Ford Ecosport will attempt to regain its top spot in the compact SUV segment in India. Helping its cause is an all-new 1.5-litre Ti-VCT, three-cylinder petrol engine which is being made at Ford India’s engine factory at Sanand, Gujarat. The new motor is built using components, 80% of which have been sourced from Indian suppliers. Good for 123 PS of peak power and 150 Nm of torque, the new motor is naturally aspirated, claims to offer seven percent reduction in CO2 emissions, and a similar improvement in fuel efficiency, through reductions in weight and size.

The all-new petrol engine features Twin independent Variable Camshaft Timing (Ti-VCT) which allows each intake and exhaust cam to function independently of each other as operating conditions change. It promises to stay true to Ford’s DNA and is claimed to be fun-to-drive while delivering improved fuel efficiency and a lower carbon footprint. Diesel powered models will continue to be propelled by the 1.5-litre TDCi motor remains good for 98.6 HP and 205 Nm of torque. 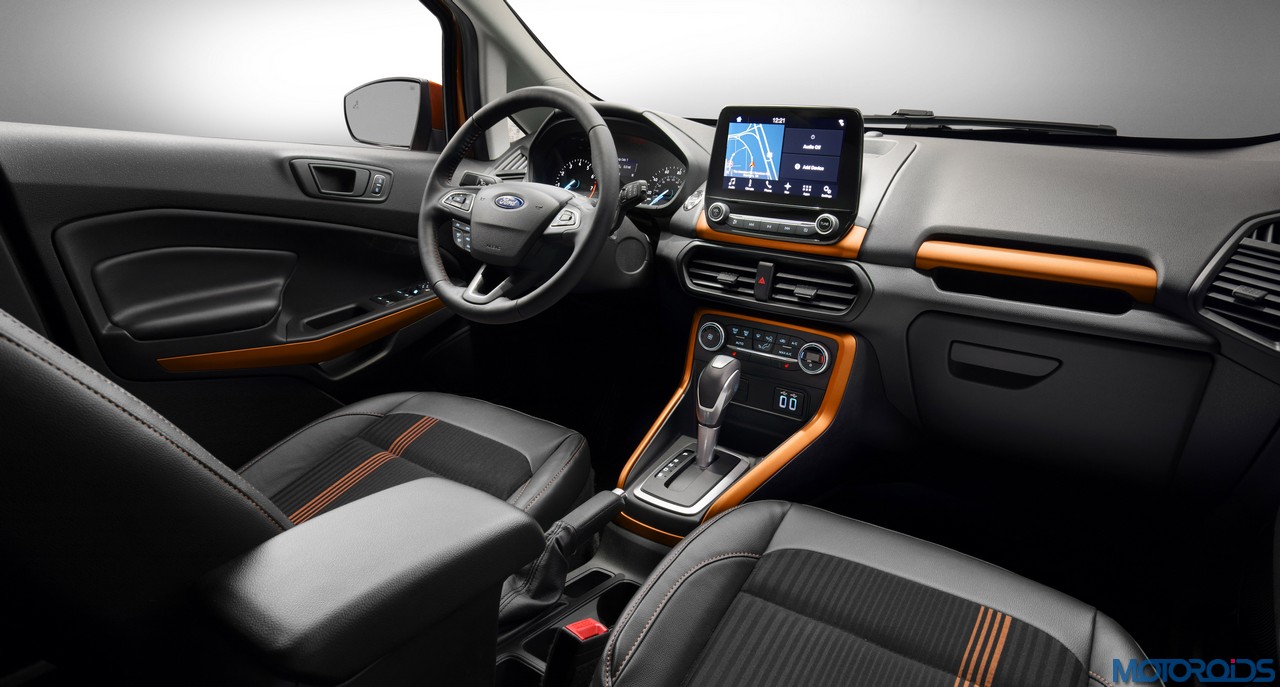 The story on the inside is more than just a facelift though, where the new Facelifted Ford Ecosport will finally lose its Nokia inspired centre console and get up to speed with current trends. The instrument cluster is brand new and features a modern multi-information display between the dials. The steering is new too and gets controls on both sides of the wheels along with a split spoke at the bottom. A new floating-type infotainment display sits above conventionally designed AC vents, and the AC control panel has been redesigned too. The monotony of black in the cabin is broken by inputs which are finished in a shade of happy and find their place on the dash, and on the door pads. For everything else that you need to know about the new Facelifted Ford Ecosport, click here