Bajaj Auto has been in the news for quite some time now. The home bred brand has been working on new models as well as a few updates to its current model range. Even as Bajaj Auto prepares to launch its upcoming 400cc motorcycle next month, the company has teased another set of its updated model range.

Two images shared on the social media handles of the brand tease the upcoming 2017 range of Pulsar motorcycles. While the first image teases the upcoming Pulsar 220, the second image is about the Pulsar 150 and the Pulsar 135. Both the teasers reveal the silhouette suggesting that there will be no changes to the design of the motorcycles save for new graphics on the body line.

A significant change on the Pulsar model range will be the updated engines that would now conform to the upcoming BS-IV norms which would come into effect from April 2017. It is believed that these new BS-IV compliant engines will also be tuned to return a better fuel efficiency. 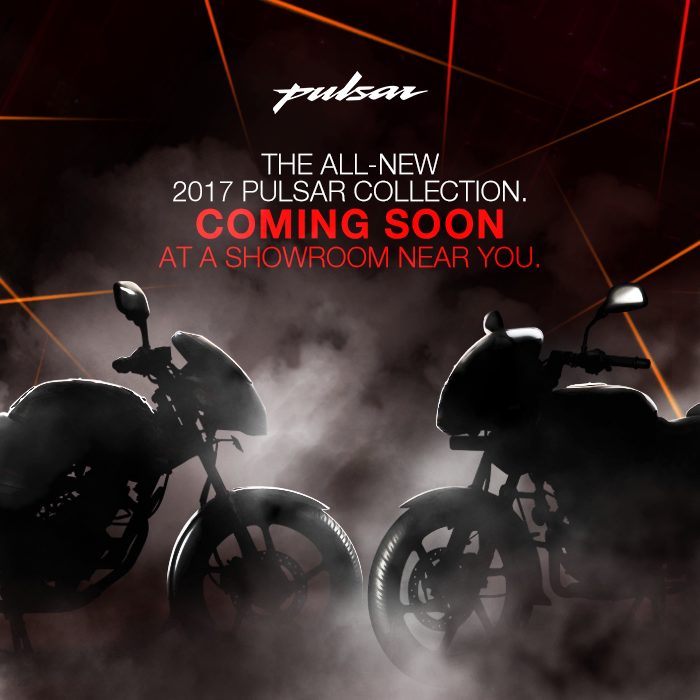 The news comes barely a month after the upcoming 2017 Bajaj Pulsar 220 was spied at a local dealership in the country. Another video that was uploaded to a video streaming website revealed the upcoming Bajaj Pulsar 180 that now comes equipped with a rear disc brake.