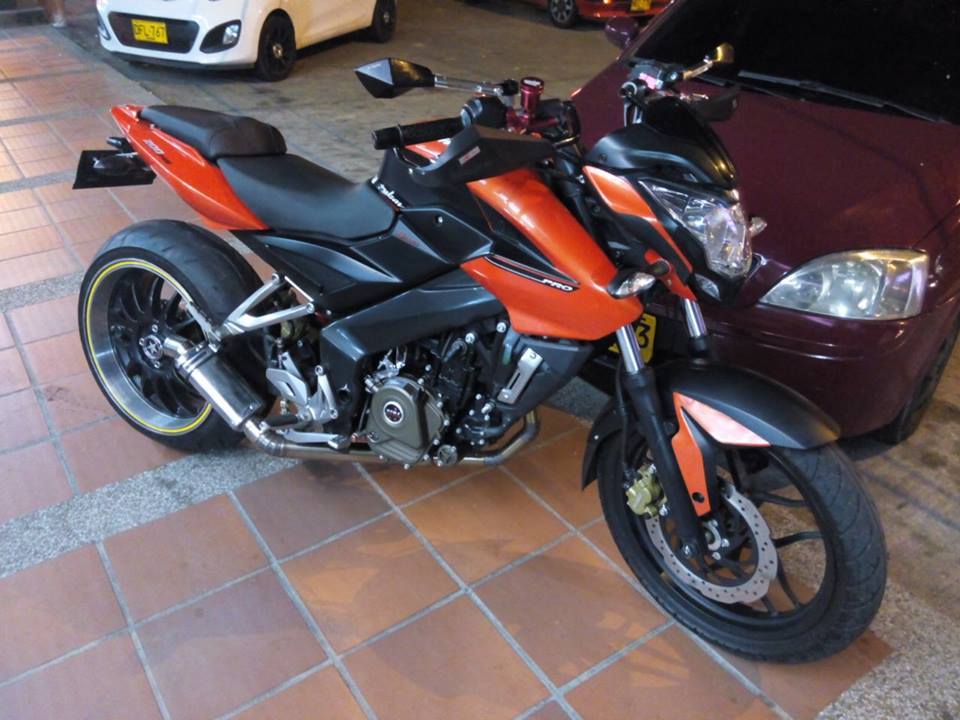 Bajaj Auto discontinued the 200NS some time back that left quite a few fans and customers disappointed. Now, even as a few of us hope for the model to make a comeback in India, the home-bred company continues to export the Naked Sports motorcycle across the globe. 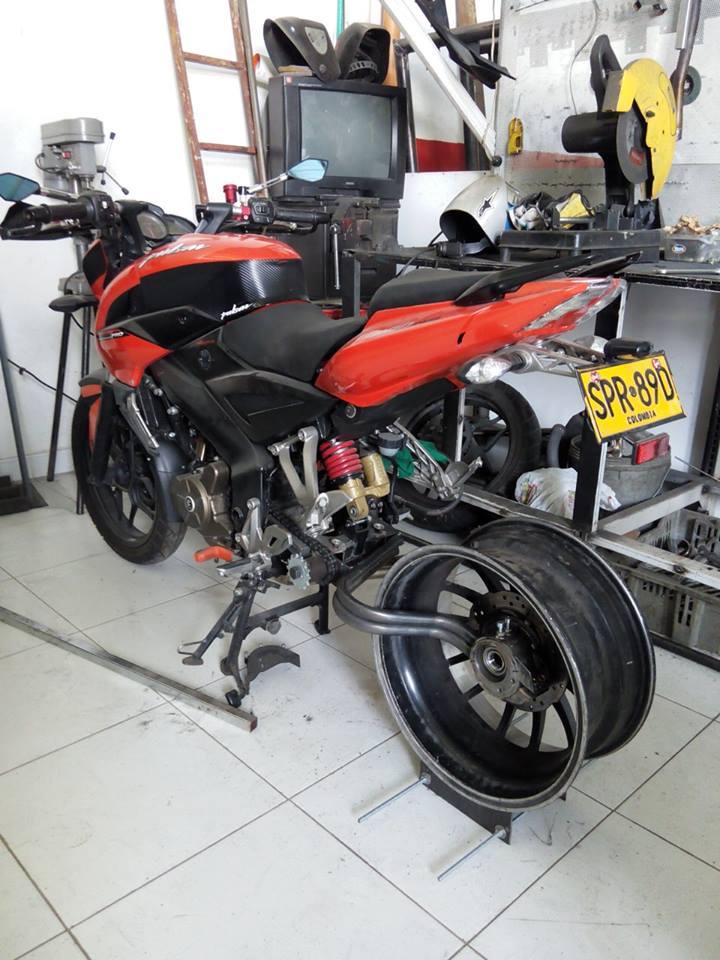 Regulars here are well aware of the 200NS modifications, images of which have made their way to our inbox from Indonesia and Bali. A few even tried their best to resemble models such as the Kawasaki Z1000 and Aprilia’s of the world. This time, we have an entry coming in from Costa Rica.

Also read: Vietnam: This Benelli TNT300 converted into a Ducati Panigale will leave you speechless

The folks at Pulsar 200NS Costa Rica (Facebook group) have shared images of a red Bajaj Pulsar 200NS Pro that receives the fat tyre upgrade. The Pulsar 200NS Pro here though, is not much different from the 200NS that was sold in India, with the only exceptions being knuckle guards and tank extensions finished in a shade of matte black. Although details of the modifications have not been mentioned, this unit of the 200NS receives a few mods in the form an aftermarket exhaust and a rear fat tyre. 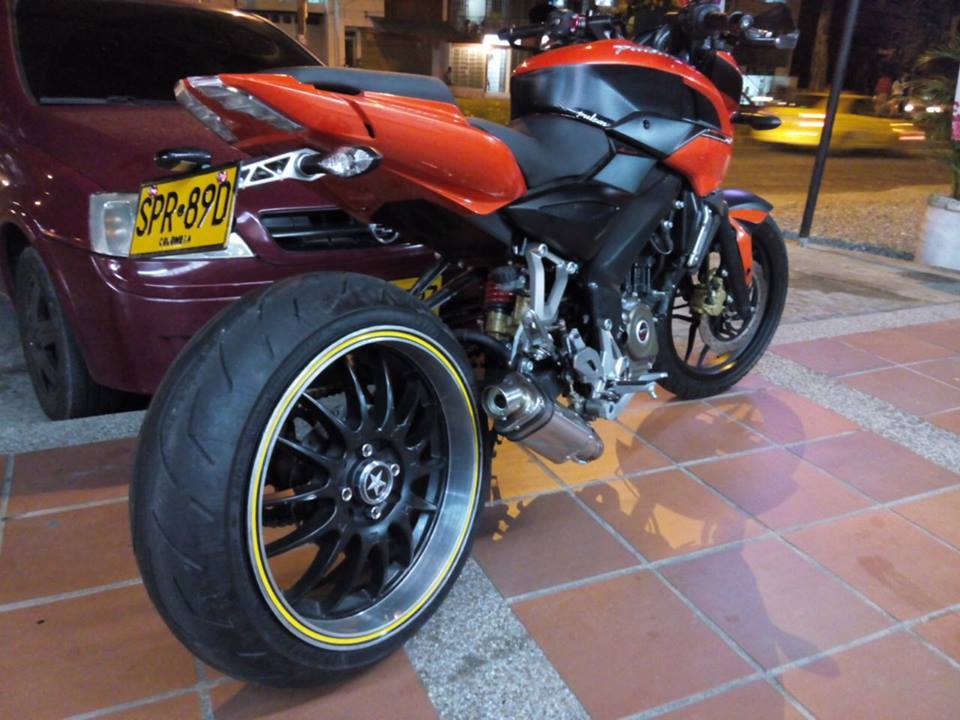 Connected by a single sided, custom fabricated swing-arm, the size of the tyre has not been revealed although we feel it is likely to be a 200 section unit. The bike also features an aftermarket exhaust system. The chain sprocket system has been completely revised according to the width of the rear rim. Putting all the costs of modification together, the owner had to shell out about 550 thousand Costa Rican Colons, roughly translating into INR 68,000.

Following is an image gallery of the modified Bajaj Pulsar 200NS from Costa Rica: