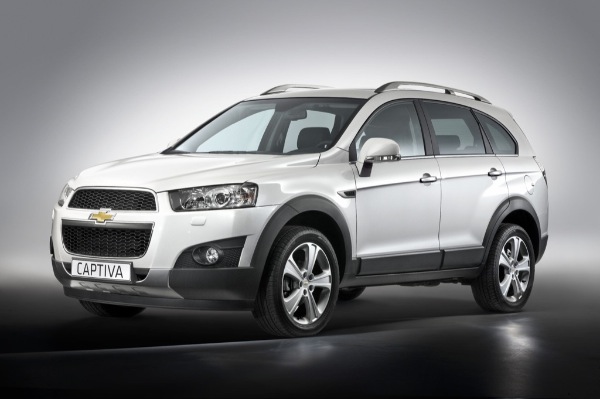 Joining the spot light, along with the Aveo, the Cruze Hatchback and the Orlando MPV in Chevrolet’s booth at the upcoming Paris Auto Show is the all new 2011 Chevrolet Captiva SUV. As promised by Chevrolet, we now have four new models to look forward to at the Paris Show.

Exterior modifications to the 2011 Captiva includes, a remodeled bonnet, a new larger grille and the Chevrolet ‘bow- tie’ in the center, prism style headlamps and integrated LED turn signals on the outside rearview mirrors. 17 – 19 inch wheels coupled with a rained of colour options complete the look of the new SUV.

Inside the new Captiva, the highlight is the theatre- style seating in three rows which can accommodate up to seven passengers. Other features include an ice- blue back lighting and a ‘wrap- round’ design of the front fascia which flows into the front driver’s and passenger doors creating the dual- cockpit look.

The 2011 Captiva will come as standard with a new manual or automatic six- speed transmission. Engine line- up comprises of one petrol engine (171 hp 2.4 litre) and two turbo- diesel variants (163 or 184 hp, 2.2- litre). Safety features include ESC, TCS, BAS, and front, side and curtain airbags. It also features Hill Start Assist and an electric park brake that opens up space for further storage in the center console, including two 1- litre cup holders.