Home Motorsport MotoGP: Team Yamaha Get Their First Win Of The Season With Maverick Vinales

Monster Energy-Yamaha rider, Maverick Vinales earned his and Yamaha’s first win of the season after a magnificent ride on Sunday afternoon at the Motul TT Assen, the latter beats Repsol Honda rider, Marc Marquez and polesitter Fabio Quartararo of the Petronas Yamaha Team to snatch victory after the trio battled it out for the podium in the Netherlands. On the other hand, Yamaha rider, Valentino Rossi and Takaaki Nakagami of the LCR Honda Team were involved in a crash together at Turn 8 on Lap 5 which forced them to retire from the race. 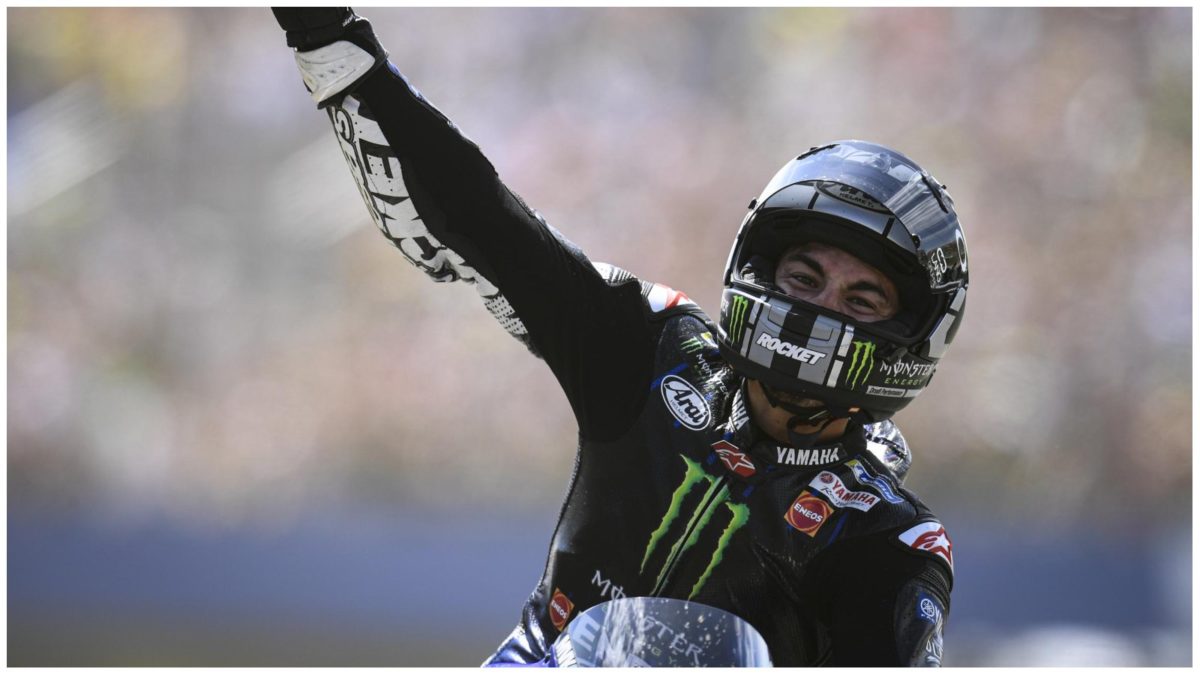 Despite having a decent start, polesitter, Quartararo was left behind by two blue machines that shot ahead as soon as the lights went out for the race. Team Suzuki Ecstar duo Alex Rins and Joan Mir went P1 and P2 into Turn 1, with Vinales getting the better of Quartararo into Turn 1 as the number 12 Yamaha got out of shape on the exit. Quartararo somehow managed to get back at Vinales by heading into Turn 5, while the two Suzukis led the batch throughout the opening lap. 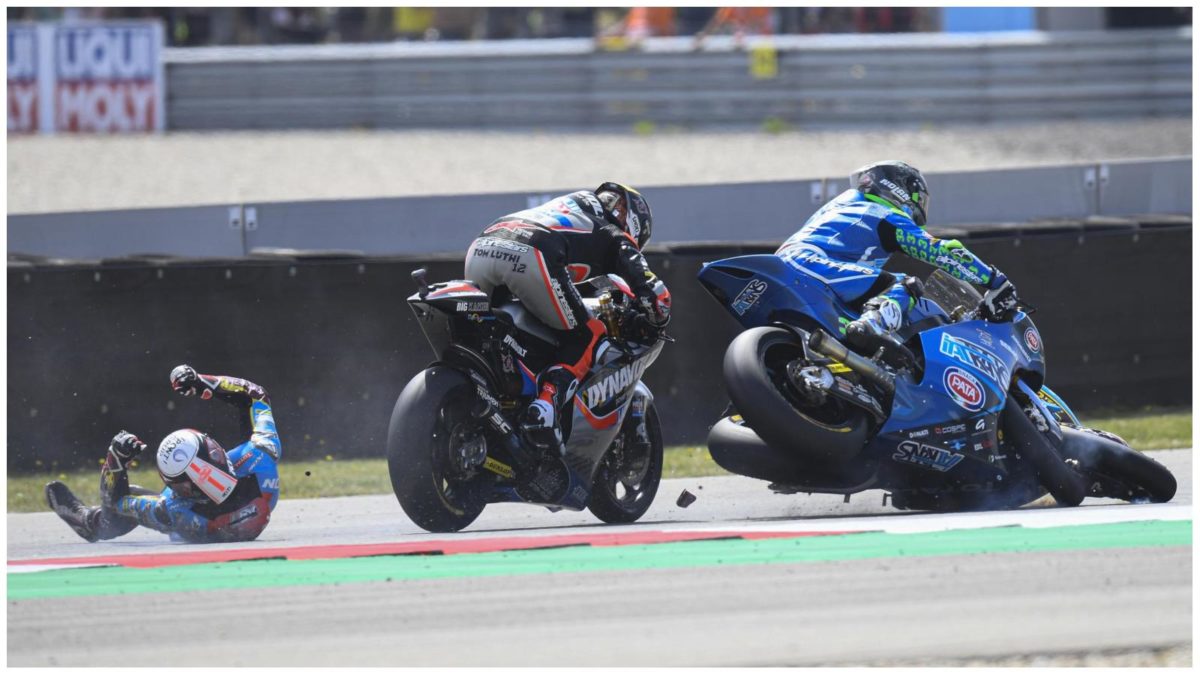 Being the favourite, Rins was looking comfortable at the front as he eyed win number two of the season. But on turn 9 in the third lap, Rins started to lose his lead, as he tucked the front and slid out of charge, leaving his rookie teammate Mir in the lead of the race for the first time. However, the 2017 Moto3 World Champion couldn’t keep the lead for too long as he ran wide at Turn 16 to let Quartararo through. It wasn’t long before Marquez and Vinales started following the Frenchman through as Marquez soon became the meat in a Yamaha sandwich. Meanwhile, Ducati rider, Andrea Dovizioso had made a cracking start from P11 to get himself into P4, just behind the leading trio, with Mir dropping into the clutches of Team Ducati’s Danilo Petrucci in the battle for 5th. 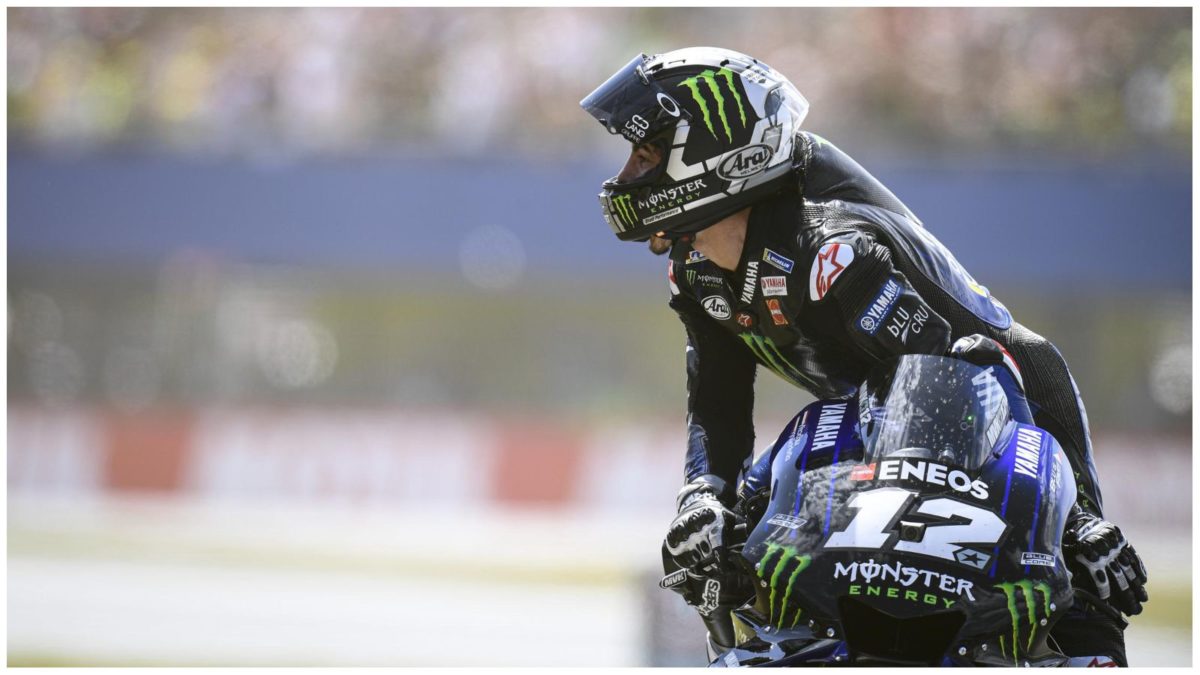 In the final moments of the race, Yamaha’s mistake in Turn 1 let Marquez go past with nine laps to go but somehow Vinales managed to regroup and re-pass the Championship leader. That is when Vinales found his groove, as he set two consecutive personal best laps. Vinales’ lead was just over a second with 2 laps to go, that is when he realized he could finally enjoy the last lap and claim his first win since the 2018 Australian GP. This win means that four manufacturers have now won in the first eight races this season, with Marquez upping his title race advantage to 44 points. 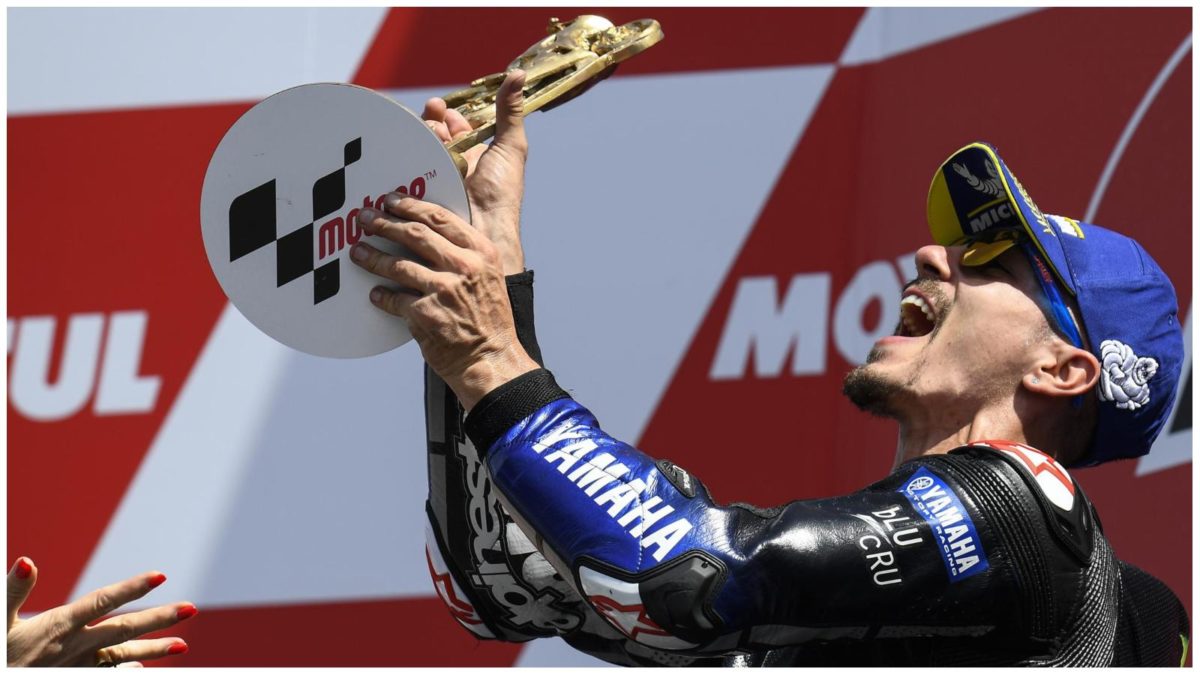 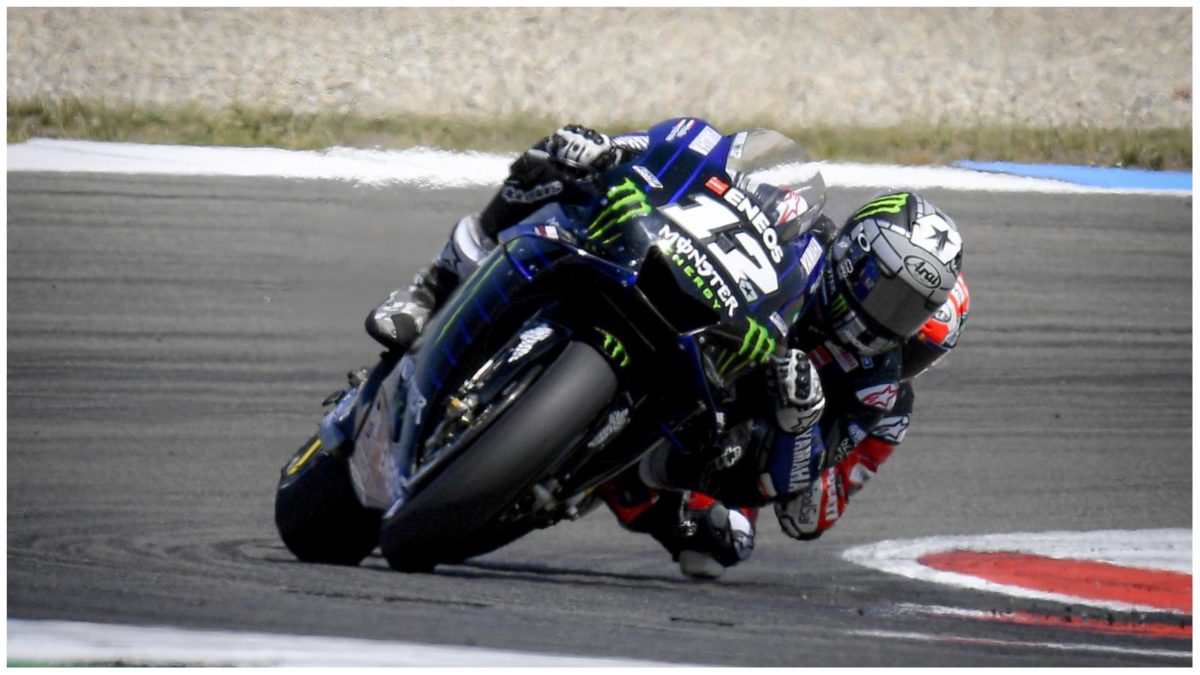