Formula 1 has been often criticized for how monotonous it has become, with only one team winning almost every race. Austria, however, was different. The Red Bull Ring hosted one of the most entertaining races of the year. While the action in the front row was as intense as ever, the midfield too had us entertained. The 71 lap race started with the youngest front row in the history of F1 with Charles LeClerc on pole with Max Verstappen on the side, due to a 3 place penalty Lewis Hamilton received for impeding Kimi during qualifying. This was indeed a race we all had been waiting for. 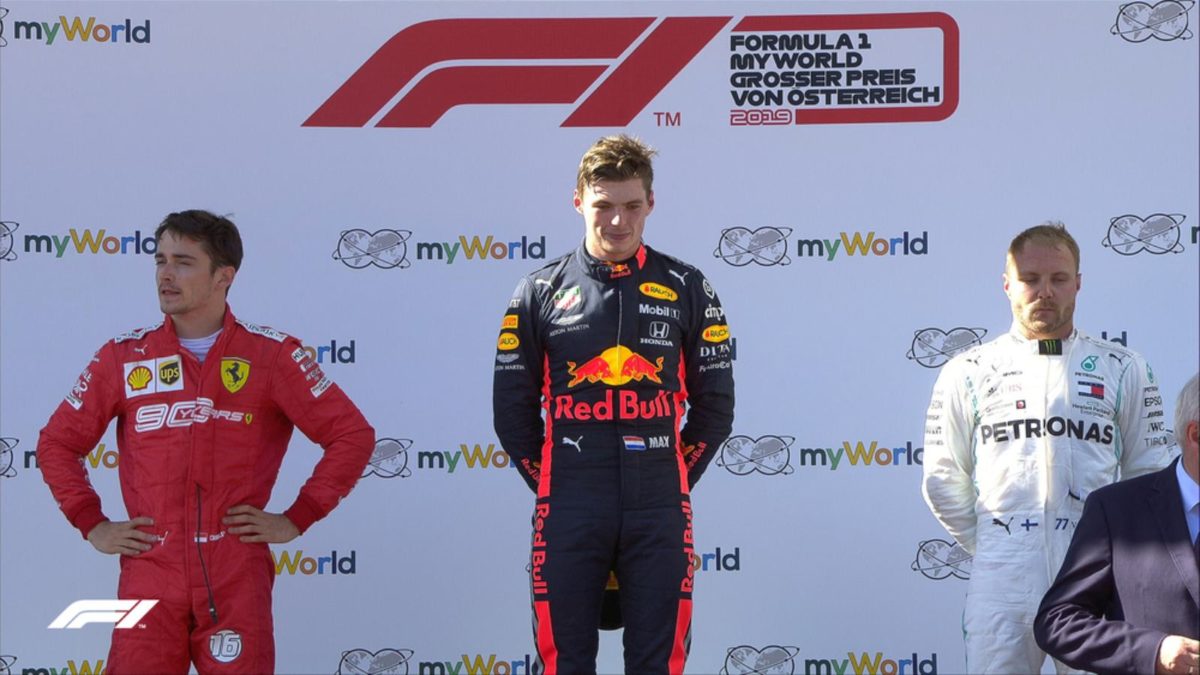 Charles LeClerc executed a great start, pulling away from the other drivers to get a decent lead. The same could not be said for Verstappen who stood stationary on the grid, dropping down quite a few spots. Vettel too had a brilliant start gaining three places, moving further ahead in the first lap. Norris managed to put championship leader Hamilton under pressure and in fact, did overtake him in the first few turns of the opening lap but Hamilton managed to retain his position. 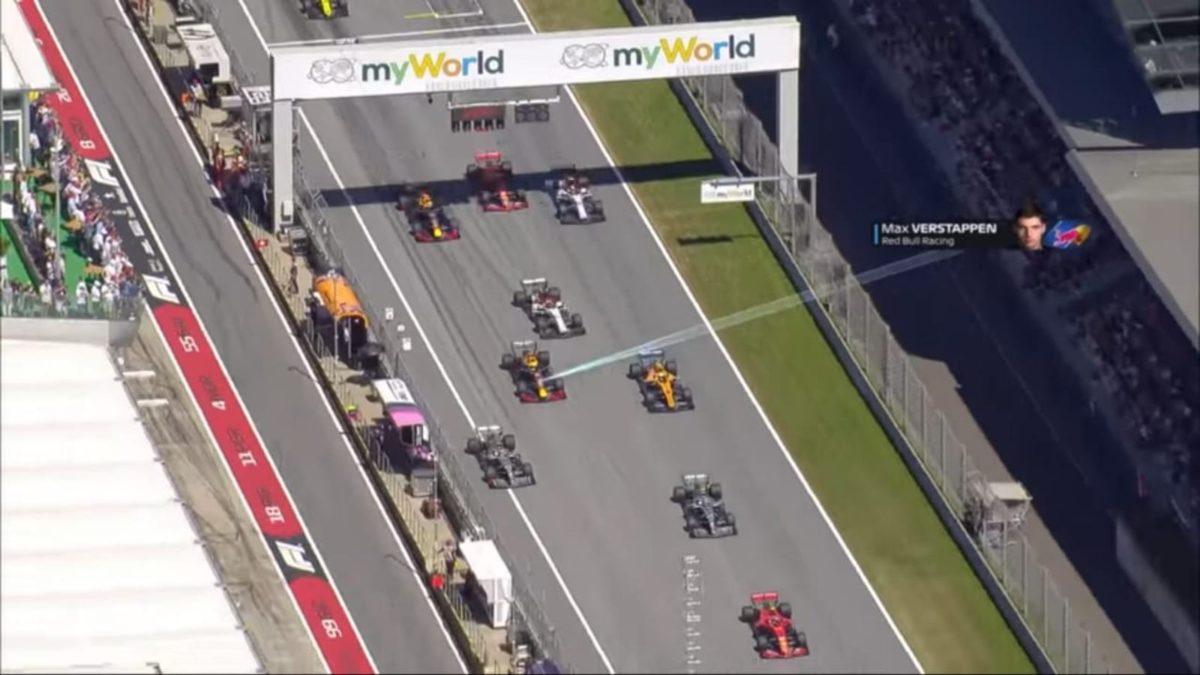 As the raced progressed, we saw Vettel and Verstappen charging the field, gaining up in position. Verstappen was heard on the radio complaining about the clipping issues he was facing before passing Norris to take sixth place. LeClerc maintained the lead. It was around this time when Grosjean was under investigation for being out of position at the start of the race, for which he received a drive-through penalty. 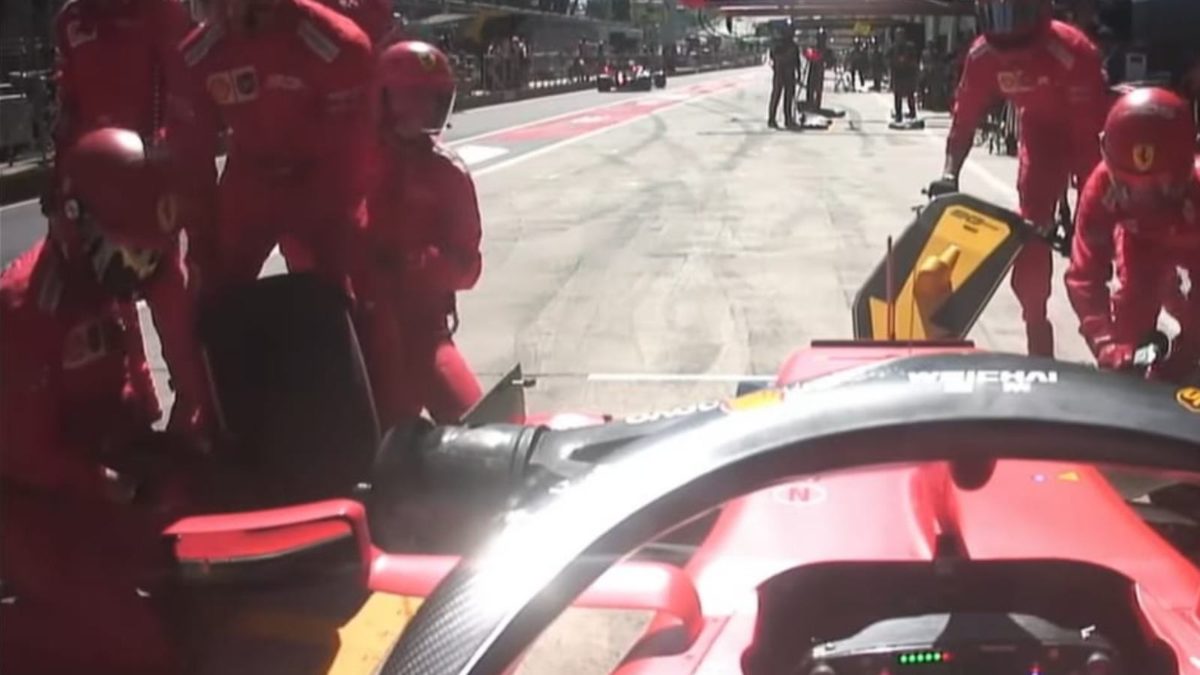 Bottas was amongst the first from the front of the race to pit. Ferrari’s Vettel joined soon after, blocking Bottas for a few tenths of a second while he made his way in. Vettel, however, had a lengthy stop as the mechanics were not ready with the tyres yet. Sainz who started last on the grid made his way up to P14. LeClerc too pits putting Hamilton in the lead with Verstappen in second, both of which were yet to pit. 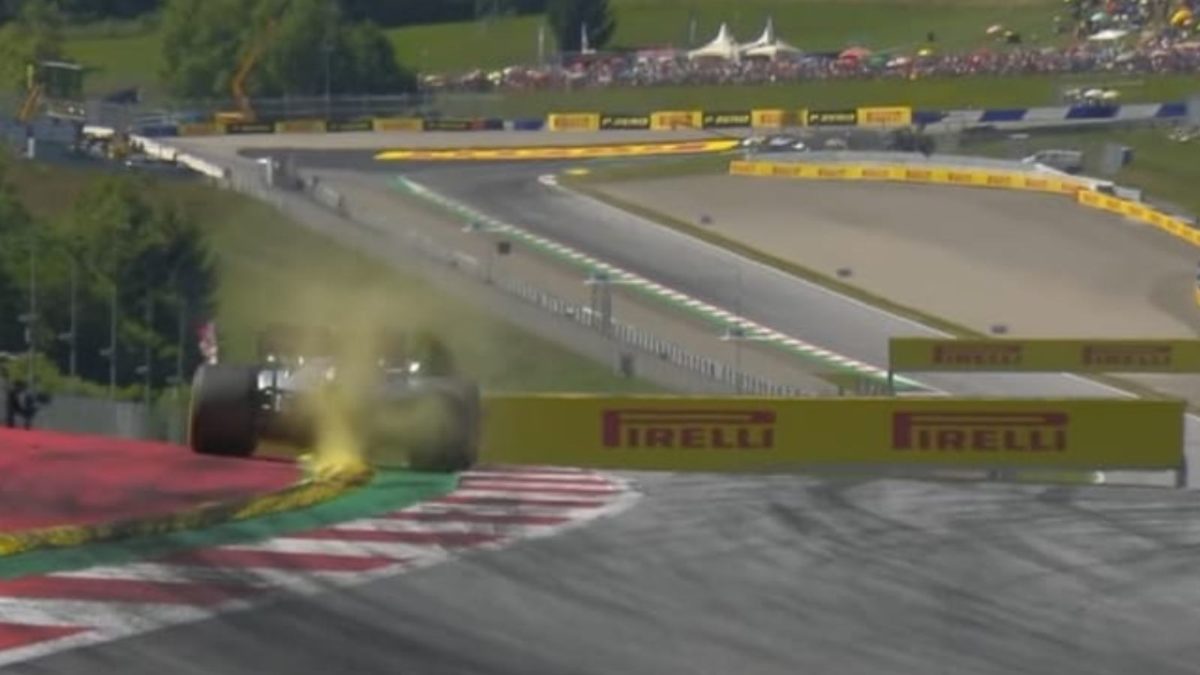 Things took a bad turn for Hamilton after the sausage kerb damaged the front wing of his car, he had to pit in for a new front wing. The 11 second stop positioned him quite further back in the grid. Max, on the other hand, did a rather quick tyre change to join the race behind Vettel with a significant tyre advantage over the ones in front. With that in mind the Dutchman charged ahead, taking Vettel for third, Bottas for second and finally LeClerc for the top position. The overtake on LeClerc did involve some contact, which required no further action after a thorough investigation by the FIA. 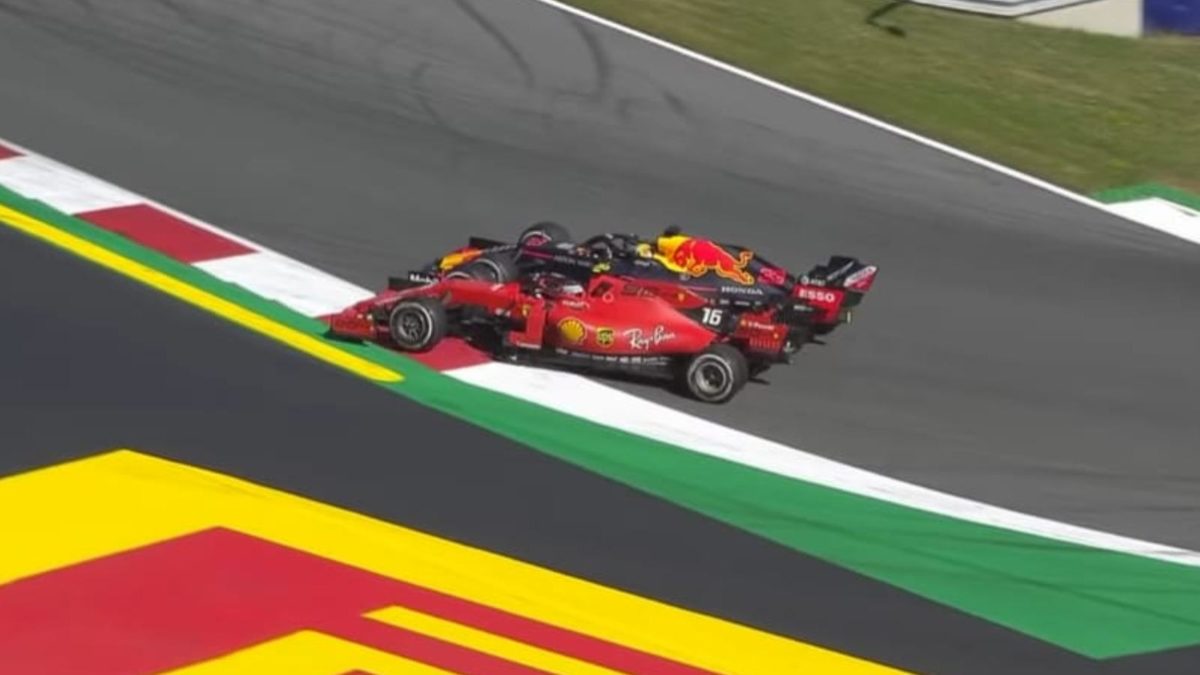 Vettel took yet another pit stop for soft tyres, most probably to get that extra point for the fastest lap. The tyre change, however, did not let him have the fastest lap but let him take 4th place from Hamilton who finished 5th in the race. Norris finished at P6 followed by Gasly at P7. It is interesting to note that despite being ahead of Verstappen in the first lap, Gasly was lapped by the Dutchman by the end of the race. Carlos Sainz who started last on the grid, finished on P8, earning quite a good amount of points for McLaren. Kimi Räikkönen and Antonio Giovinazzi finished P9 and P10, with the latter earning points for the first time this season.