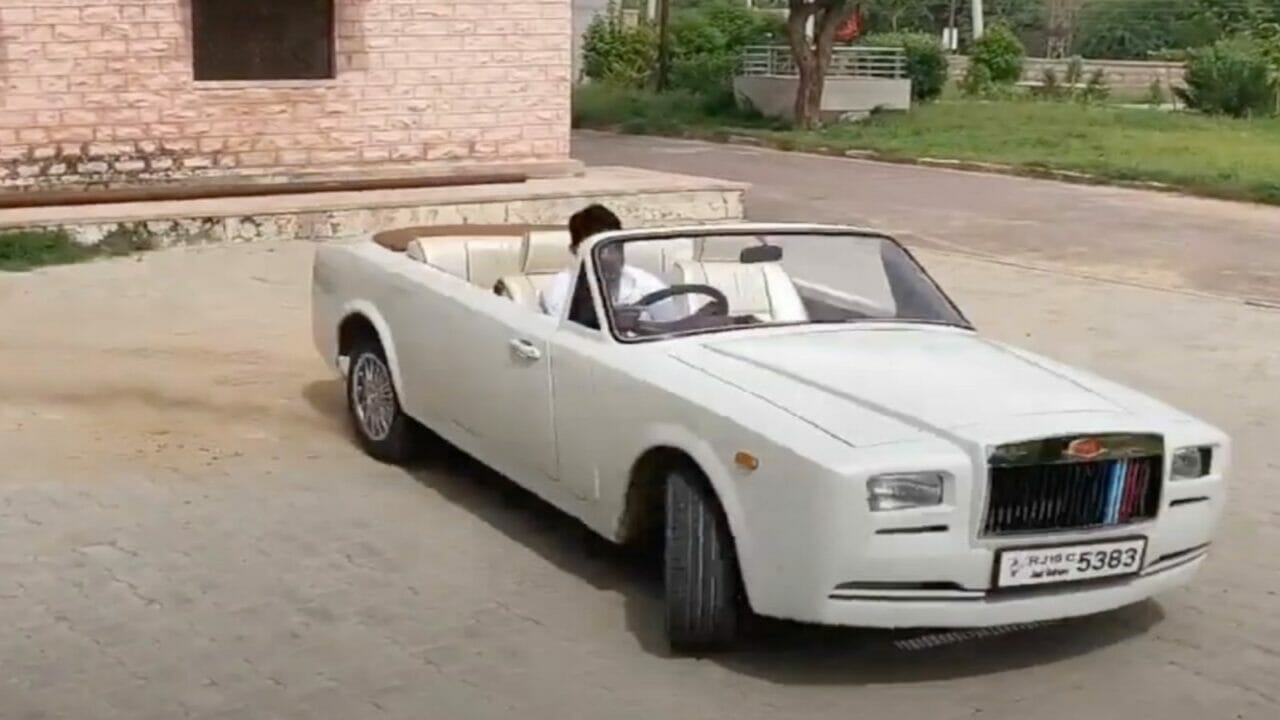 Rolls-Royce cars are full of opulence and reek of exclusivity. Adding more style to the portfolio’s flair is the Rolls-Royce Phantom Drophead, a 2-door convertible version of the Phantom VII. This car was in production from 2007 to 2016 and was powered by a 6.75-litre V12 engine. The British marque has, however, decided not to introduce the two-door convertible avatar of its latest Phantom VIII ultra-luxury saloon. In fact, it will not be available in a coupe format either.

The current Rolls-Royce Phantom Drophead coupe and convertible models are based on the Phantom VII. They are still excellent forms of two-door 2+2 grand tourer opulence but carry a niche appeal. The Phantom Drophead was available with tons of customisation options and over 40,000 colours to choose from. 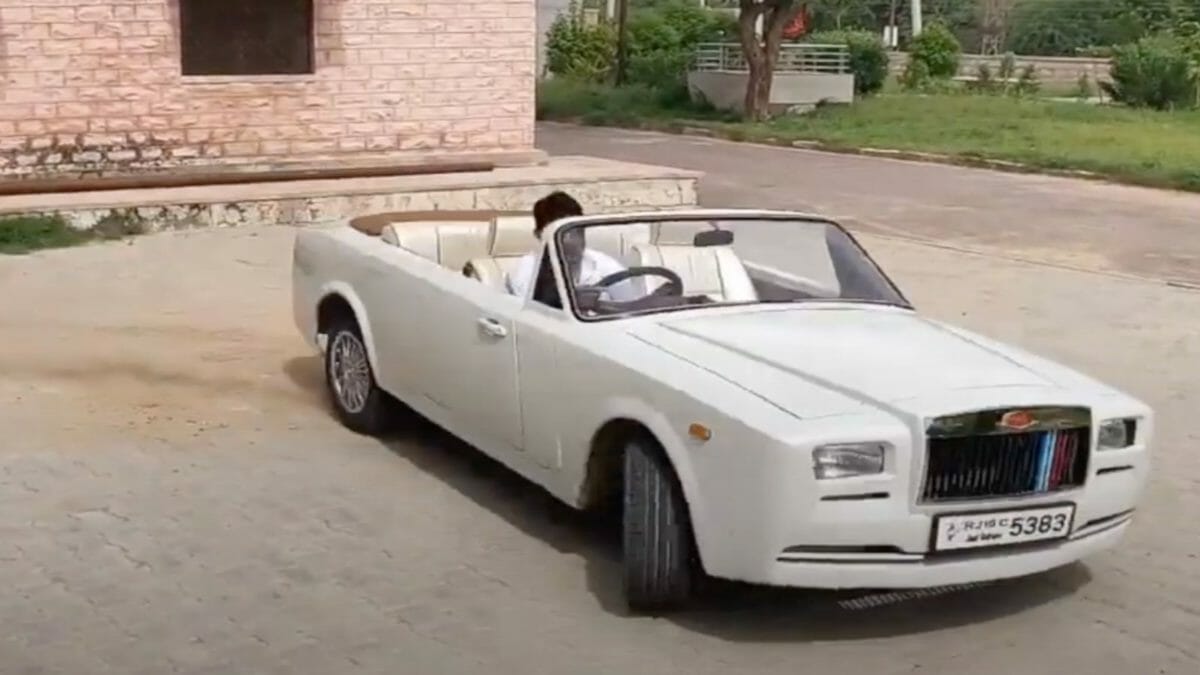 Owning a Rolls Royce has been more of a statement rather than mere ownership. However, the brand is out of reach for most. Although if one has a desire, he would find ways to fulfil it. Such is an example of a man from Rajasthan who has converted a yesteryear classic into the brand which is best known for its royal legacy. The man has modified his Premier 118NE, based on the Fiat 124, to look like a Rolls-Royce Phantom Drophead.

On the design front, the person seems to have got most of the styling cues right but then again this car just doesn’t look as proportionate as the real deal. While this car is bound to catch everyone’s attention, one probably cannot expect the same road presence as that of a genuine Rolls-Royce. Complete with suicide doors, the project has already become a North Indian TikTok sensation. Even though it is nowhere near a Rolls-Royce or any other practical open-top car for that matter, one cannot deny the craftsmanship that has gone into the project.

This car comes with a PAL logo on the grille and it even gets BMW’s M stripes. The car looks under-tyred while the interior gets a beige theme which is likely to get soiled quickly given the road conditions in the state. Not much is known about the mechanicals of this car. 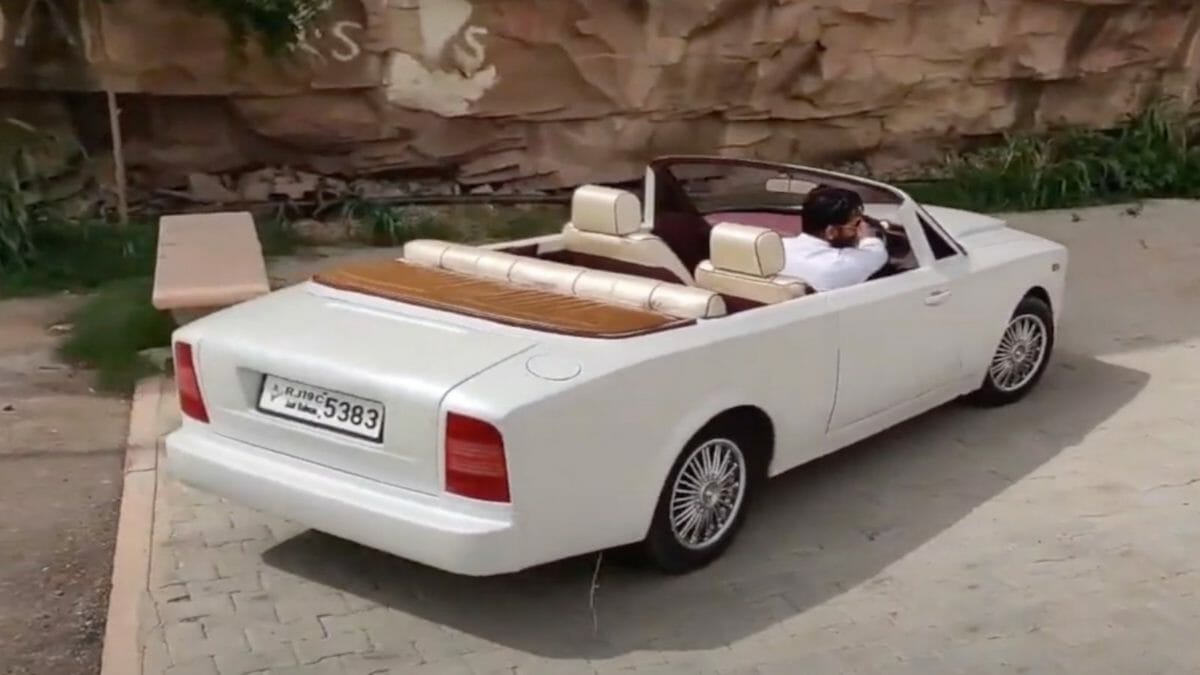 Judging by the looks of the design, the creator has tried his best to give the car the luxurious and premium feeling that a Roll Royce is attached to. While it can easily be differentiated with an original Rolls Royce Phantom Drophead, the designer must be given credit for his vision and his efforts.