It won’t be wrong if we conclude that the Hindustan Contessa was our very own indigenous muscle car. In the yesteryears, there weren’t a lot of cars available but among them, the cars which managed to stand apart have garnered the status of cult classics now. One such car is the Hindustan Contessa. We still come across many running examples of this cult classic, as owners are too sentimental to part with such a beauty. Over the years, we have witnessed many examples being restored to their full glory and some custom jobs based on the Contessa too. But this particular custom job does manage to stand bright and stand apart from the rest of the crowd. Modified to look like a classic Dodge Charger, this Contessa is wrapped in a bright shade of orange.

More details regarding the custom job:

And it’s available on OLX! As per an advertisement posted on OLX, this fine example of modification is a 1990 Hindustan Contessa from Gurgaon (Haryana) and has clocked 60,000 km on the odometer. The owner is asking for 3,80,000 for this desi Dodge Charger. Coming to the list of modifications now, the builder has gone the ‘no-holds-barred’ way while customizing this Contessa. The most striking angle to look at it has to be the front which houses a customized grille and bumper, accompanied by the iconic quad headlamp setup which shouts ‘Dodge Charger’ even from a distance. The resemblance with Dodge Charger doesn’t end here as the customized hood also houses a hood scoop at the center which presumably, is a faux unit.

Also read: How About An MG Hector Built For No Roads? 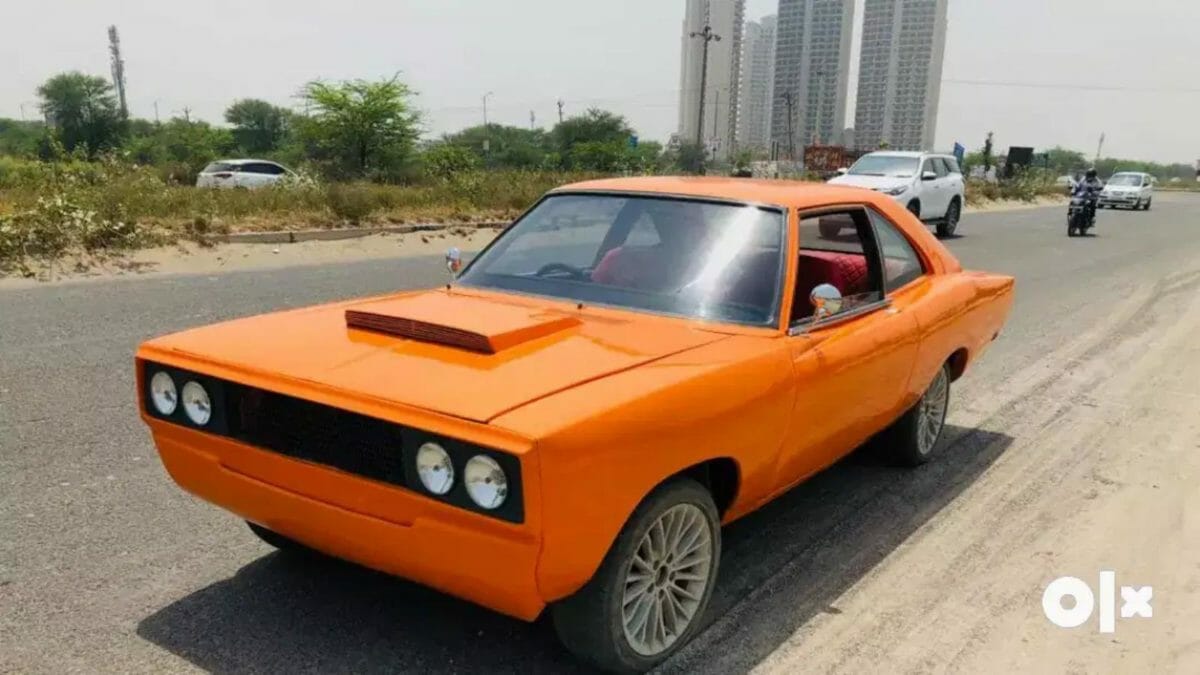 The side profile too, is not left unattended as it features a two-door theme that goes really well with the aesthetic appeal of the car. The tyres are shod with grey-colored alloy wheels that complement the intent of this custom job. To enhance the retro muscle car appeal, the stock mirrors have made way for chrome finished round units. 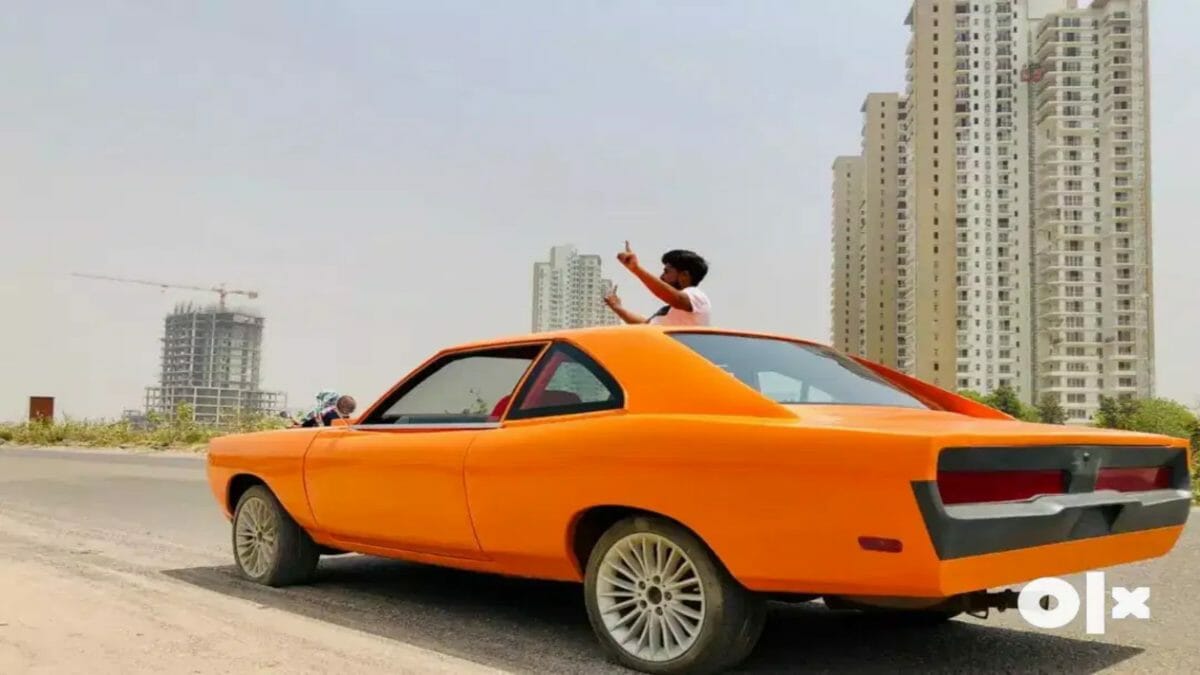 The rear too, tries very hard to look like a Dodge Charger’s rear unit and succeeds to a certain extent. It features a redesigned tail lamp cluster with horizontally laid rectangular tail lamps highlighted by black surrounds around them. It shows how much thought has been put into carving this muscle car out of a humble Contessa. 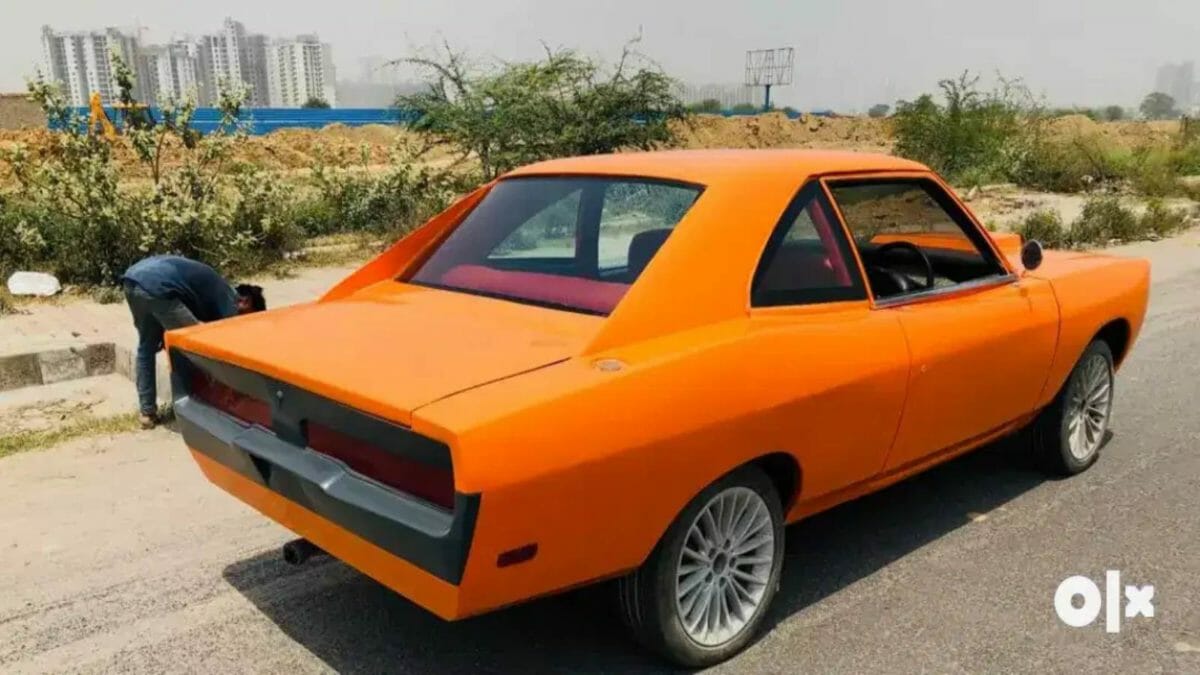 There aren’t any details available on the engine front that whether it retains the same engine in stock form or comes with some tweaks. In stock avatar, it came with a 1.8-liter petrol engine, pumping out 88 PS of power and 135 Nm of torque.