For the uninitiated, a bagger-style motorcycle is one which must be fitted with a huge front wheel, must have the dimensions to announce its presence and be fitted with mostly rigid, body-coloured compartments at the back which hide the rear wheel. The bodywork mostly also includes a fairing, although the engine is mostly kept exposed. Which is perhaps the only giveaway about the base which forms the basis for this outlandish build. Built by Delhi-based TNT Motorcycles, this blue giant on two wheels is called ‘Neelkantha’. 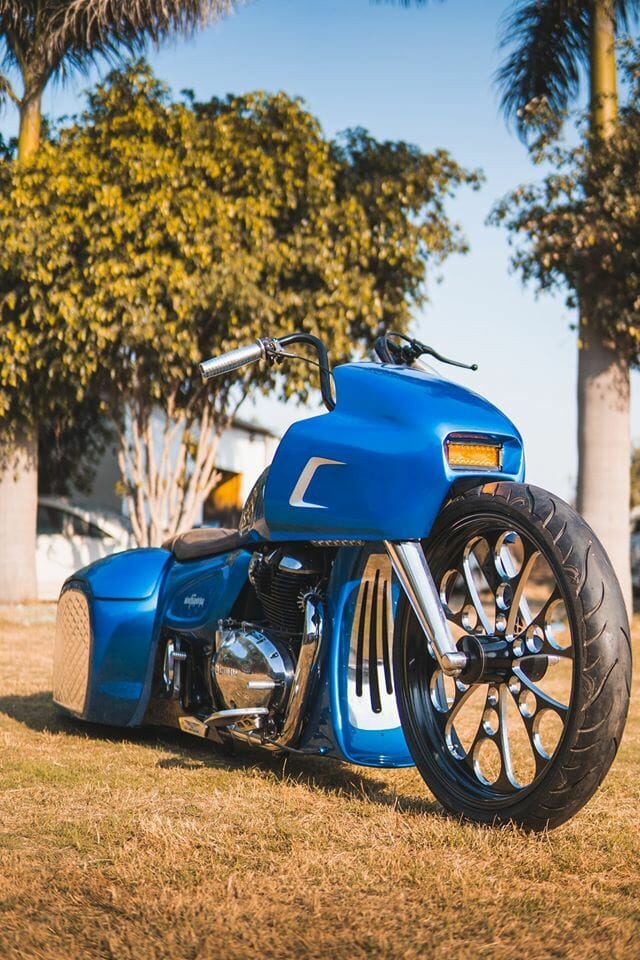 Powered by Royal Enfield’s 650cc parallel-twin engine, this custom motorcycle took 3 months of hard labour to build. The very first thing you would notice about this motorcycle is that massive, 23″ front wheel which is covered in Avon rubber and held together by CNC machine-finished, aluminium girder forks. The Harley CVO-styled semi-fairing incorporates a square-shaped headlamp and besides an angular, chrome-finished element on the sides, is finished in all blue. Behind the front wheel, a body panel wraps itself around the downtube, while also acting as a fancy-looking fender. Helping to pilot this massive build is a bent SS ape handlebar which has been fitted with lathe-turned, aluminium handgrips. 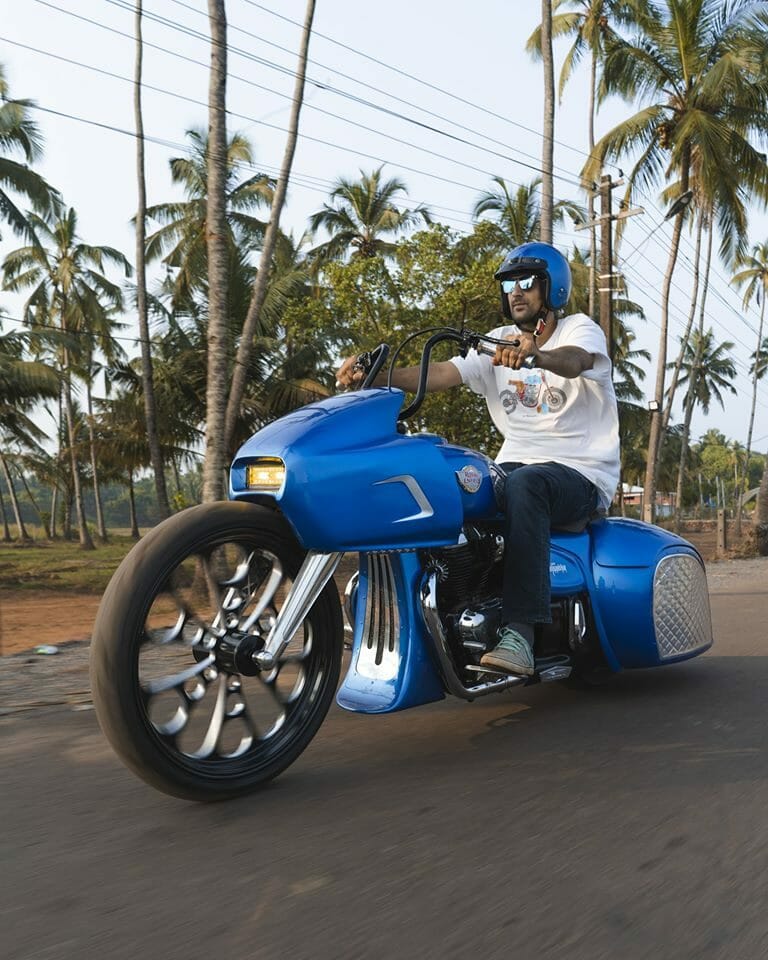 The Interceptor 650’s original fuel tank appears to be retained, however, gets a custom lid and knee pads on each side. It’s beyond the tank where the highlight of this build lies, once your vision follows the smooth surfaces of the side panels and those massive compartments which hide the twin tailpipes and the rear wheel. Other details include rear footrests which tuck into a specially-carved cavity when not in use, Custom-made billet Aluminum “RE 650 Twin” footboards and air suspension which increases ground clearance from 2.5 to 7 inches with the push of a button. 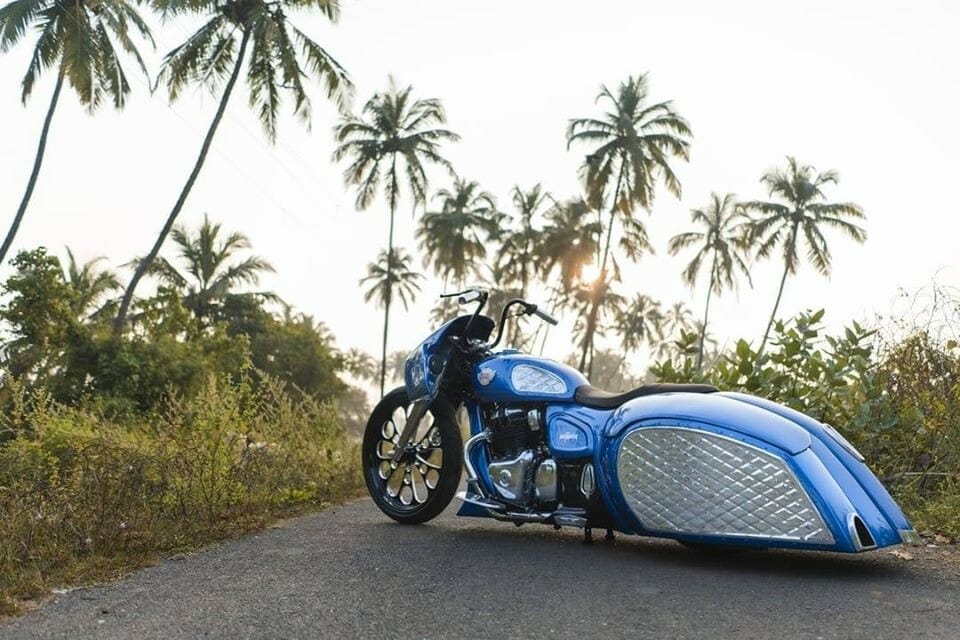 The Royal Enfield 650 platform has become quite popular among custom bike builder across the World for the simplicity it offers as a base and that smooth parallel-twin motor which cranks out an adequate amount of horses. The bikemaker is currently busy upgrading its motorcycles to meet the upcoming BS6 norms. These updated bikes will be launched in the new year.