Until now, for those who use their hammers and chisels as paint brushes, the simple architecture of Royal Enfield singles was the weapon of choice as bases to build a unique creation upon. With the advent of the 650cc Twins, handmade art can now be more substantial, more appealing, and admiration won’t just end with the good looks. While we wait for the Royal Enfield Continental GT 650 & Interceptor 650 to be launched, which should happen tomorrow, here’s something for you to gawk at.

The guys who’ve burnt some midnight oil behind this Royal Enfield GT 650 Custom are the folks from Rough Crafts in Taiwan. This creation, called the Midas Royale, walks a little further away from the ‘Cafe’ in the Cafe Racer styling of the original and makes things appear more racer friendly. The carbon-finished and sort of raw but minimal bodywork looks the part and complimenting it is that bikini fairing with that vertical illumination setup, those low fitted bars and an Ohlins sourced front suspension setup. 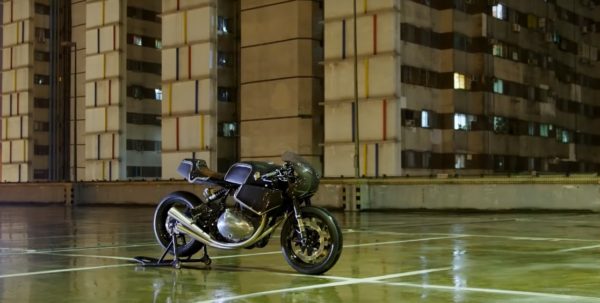 At the back, there’s top notch equipment in the form of a TTX GP TR469 monoshock, which has been paired with a custom swing arm. Twin SC project pipes mean that this piece of artistry can sing too and ensure its voice reaches far. The customisation also includes addition of other bits, which must’ve taken a lot of behind the scenes time from the makers. But as a whole, it is one of those rare builds which you stare at and keep looking. 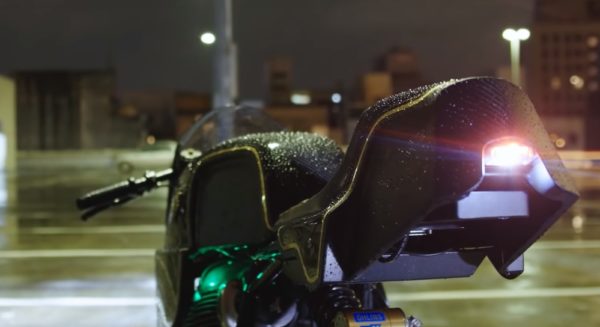 The production-spec Royal Enfield Twins are to be launched tomorrow and our team is on ground in Goa to bring you all the updates. We’ll also have a review about the two bikes soon, along with all the other details of course. Stay tuned, will you?